Anatomy of the Tour

The Dusty Musette’s compilation of some famous—or infamous—body parts of Tour de France riders over the years.

Hugo Koblet’s Coif: Great care was taken to ensure the Fonzie-like perfection of Koblet’s 'do. Rumor had it that he carried a comb in the pocket of his racing jersey while taking the 1951 Tour. Thumbs up! 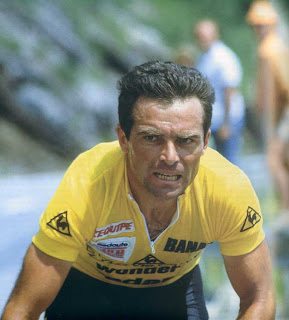 Bernard Hinault’s Eyes: Fiery. Demented. Occasionally crossed with rage—describe them how you will. Hinault’s eyes, like Superman’s, were known to shoot laser beams, in his case, right through the peloton.

Greg Lemond’s Heart: As a result of a hunting accident in 1987, the lining of this organ contains two shotgun pellets. Lemond’s lead-speckled pumper drove him to his final two Tour victories. 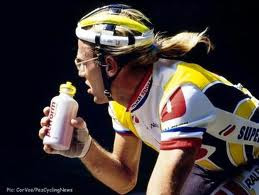 Laurent Fignon’s Ponytail: In the 1980s, the era of big perms and short, punk rock haircuts, a ponytail was a counterculture statement, and the trademark of the talented and very cool French rider known as “The Professor” (not to be confused with the only slightly less cool, ponytail-less character from Gilligan’s Island), who won the 1983 and 1984 Tours. Alas the ‘tail may well have been a factor in his 8-second loss to Lemond in 1989.

Marco Pantani’s Bald Head: An essential element of the Pirate’s schtick, along with the earring and bandana. The reflection off of this dome dazzled and confused his opponents, helping Pantani win the 1998 Tour. 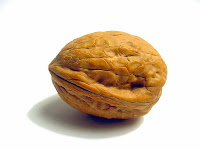 Lance Armstrong’s Nut: There is just the one now, and the 7-time Tour winning Texan seems to have a sense of humor about that. The café connected to his Mellow Johnny’s Bike Shop in Austin is called Juan Pelota.  Pelota is Spanish for “ball.”

Tyler Hamilton’s Collarbone: Cracked on the first stage of the 2003 Tour, the damaged c-bone didn’t stop Hamilton. He not only finished the Tour, he won stage 16 in an audacious 142-km solo breakaway. 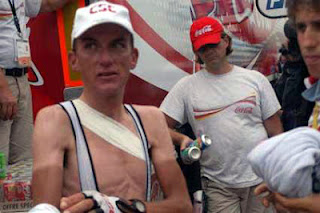 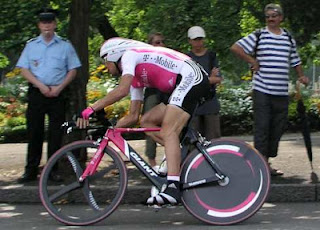 Jan Ullrich’s Gut: A product of beer, schnitzel, and long German winters, this Jabba-the-Hut-like entity was usually worked off by Tour time, but it could be spotted in some early stages in the early 2000s.

Thomas Voeckler’s Tongue: The darling of the 2011 Tour, belonging to everyone’s favorite French rider. It darts, lolls, and hangs out like a hound dog’s on a hot July day. You know what they say: the yellow jersey gives a rider the tongue of three men. 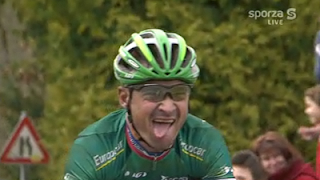 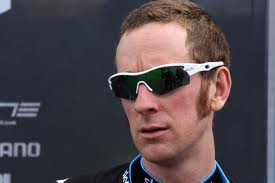 Bradley Wiggins’s Sideburns: These wonderfully preposterous chops make Wiggins look like a cross between a 19th-century laborer and Ron Burgundy, Anchorman. Are the burns even real? Authentic or not, at least they add a few extra grams of much-needed body weight.

Feel free to propose your own nominations for our list.
Posted by Jasper Gates at 6:27 AM