The description on bikepacking.com says the trip is “easily attainable by most people,” a mere four out of ten on their scale of difficulty. The guys who wrote the piece did the trip in four days, and the pics on the website make it seem awful leisurely—dudes taking photos of caterpillars and stopping to fish for trout in streams. So, we decided to do the trip in three days. It’s only 100 miles, right? How hard could that be?
This way to the rest . . .
Posted by Jasper Gates at 10:30 PM 1 comment: 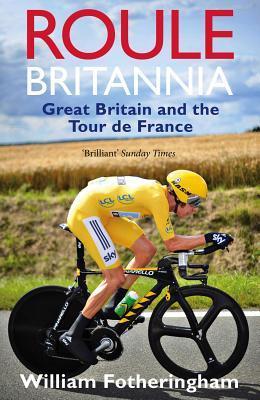 In fact, the full story of Britain’s participation at the Tour has been, until this recent success, one of modest achievements. And it’s this story of small, and, in some cases, largely forgotten triumphs that William Fotheringham’s Roule Britiannia: Great Britain and the Tour de France tells, tracing the history of British involvement with the race, from the earliest forays across the channel in the 1930s up until Wiggins’ victory in 2012.
This way to the rest . . .
Posted by Jasper Gates at 3:45 PM 1 comment: