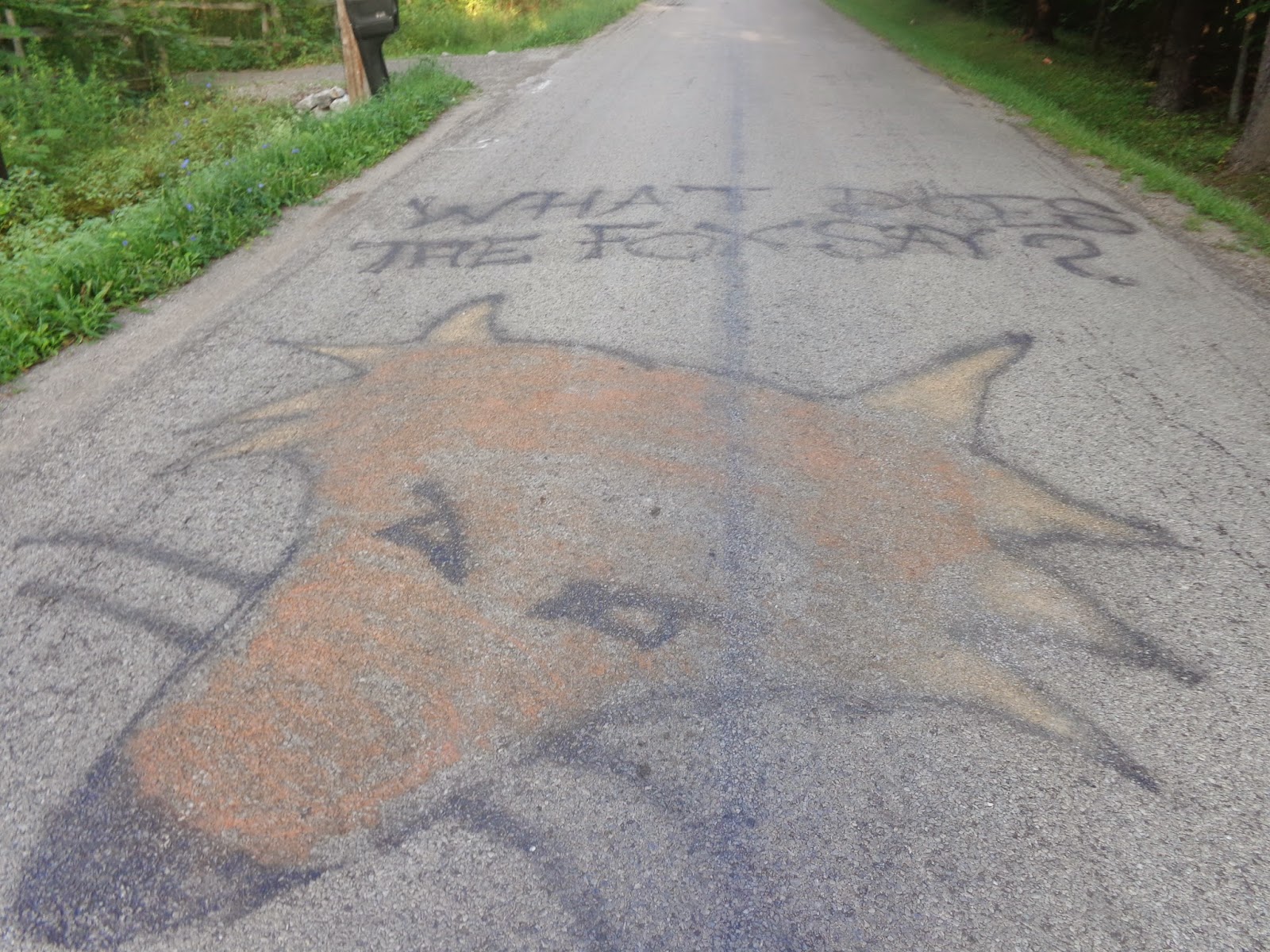 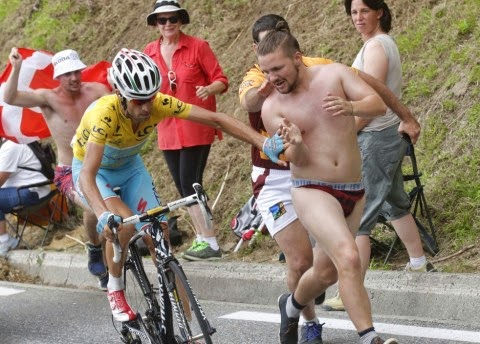 In what other major sporting event do you find the competitors rubbing up against semi-drunk, almost-naked, enthusiastic, male spectators? Imagine Lebron James heading in for a layup and having to weave around a dude like this guy Vincenzo Nibali had to deal with in the Pyrenees the other day. Or Rafael Nadal retrieving a smash down the line and having to dodge a fat bastard in a speedo. Bicycle racing in Europe, and the Tour especially, is unique in the sports world in this regard. No fences, no barriers protecting athletes from the crazy fans. It’s all freestyle, fans and athletes figuring out how to co-exist on the roads. It's wild. And I hope it never changes.
This way to the rest . . .
Posted by Jasper Gates at 6:51 PM No comments: 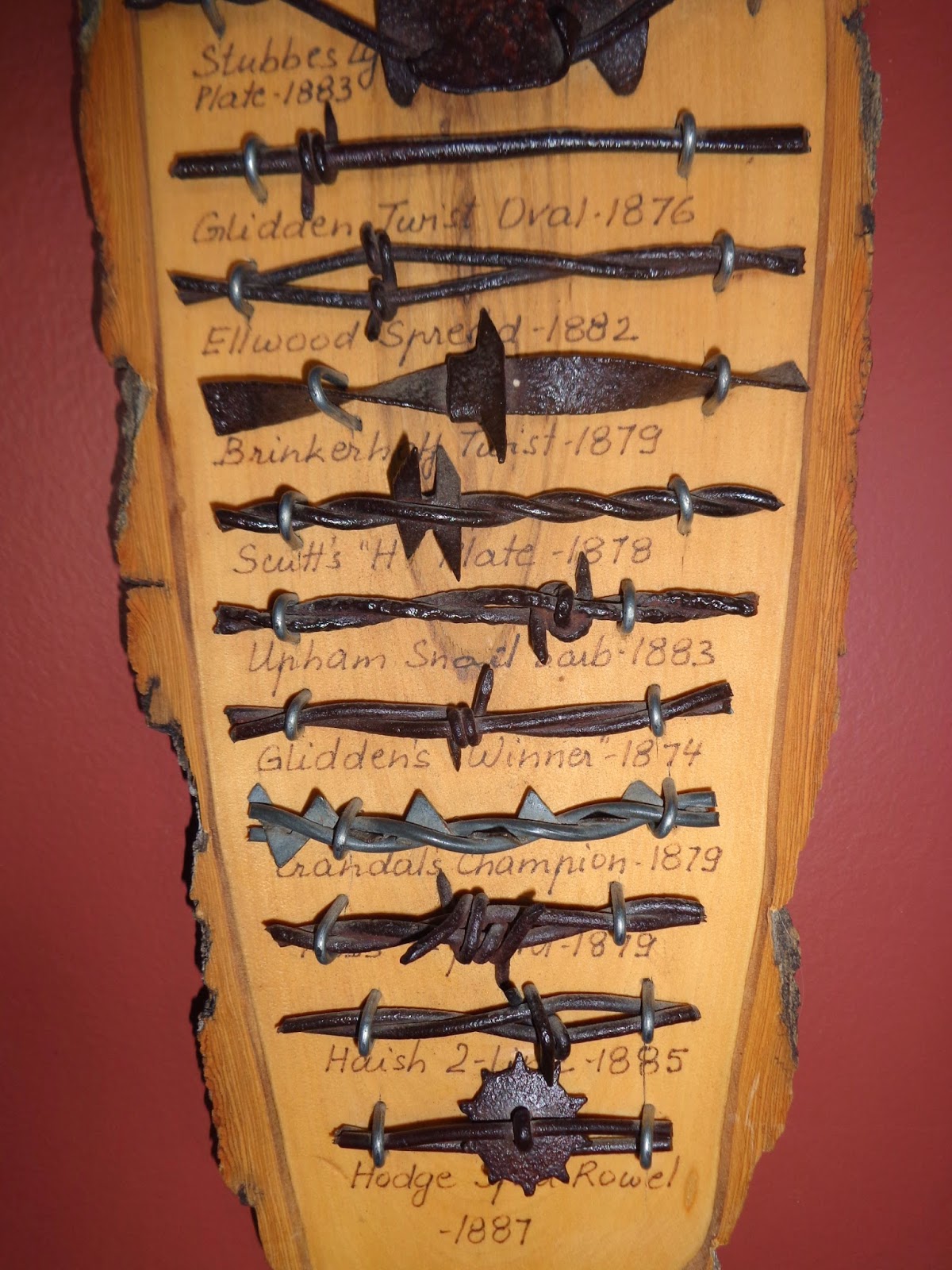 Vélivre: Dancing on the Pedals

He’s dancing on his pedals
in a most
immodest
way.

For me, and, I imagine, a lot of cycling fans, one of the pleasures of watching the Tour de France on tv is hanging out with Phil Liggett, the “Voice of Cycling,” and his sidekick, Paul Sherwen. Let’s face it—bike races can make for pretty boring tv—hour after hour of turning of pedals with occasional bursts of drama. But Phil and Paul have a way of making those hours delightful, entertaining, even funny (though not always intentionally).  A big part of their charm comes from Phil Liggett’s quirky, eccentric, insightful, sometimes-bizarre, sometimes-poetic play-by-play. (Just the other day, for instance, he referred to the attacking Thomas Voeckler as “an absolute imp.”)  So famous are Phil’s utterances during bike races that there are several websites devoted to collecting and relishing the best of them.
This way to the rest . . .
Posted by Jasper Gates at 9:10 AM 1 comment: 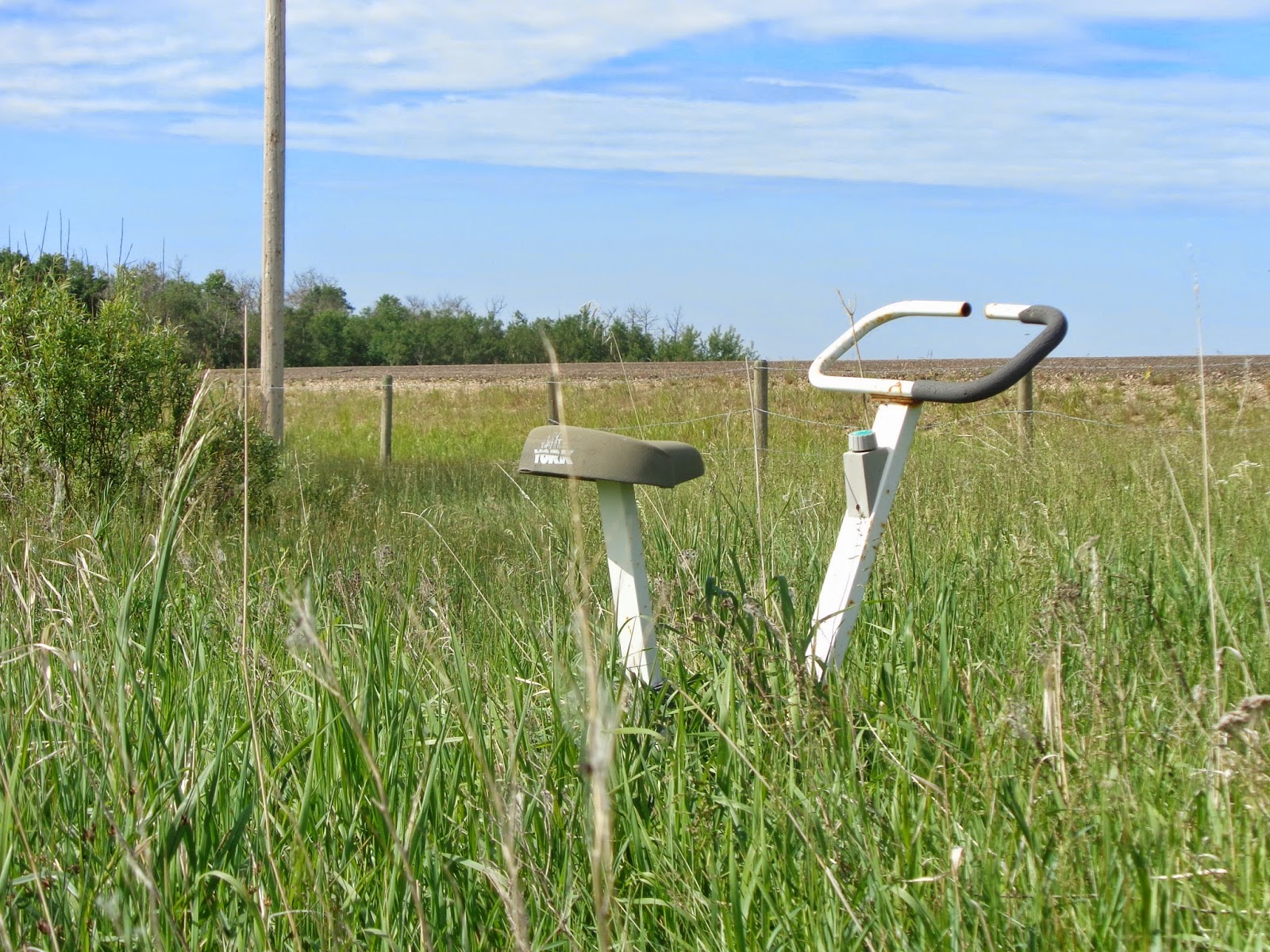 This ancient York exercise bike sits in a field along
Sunnydale Road, north of Edmonton. 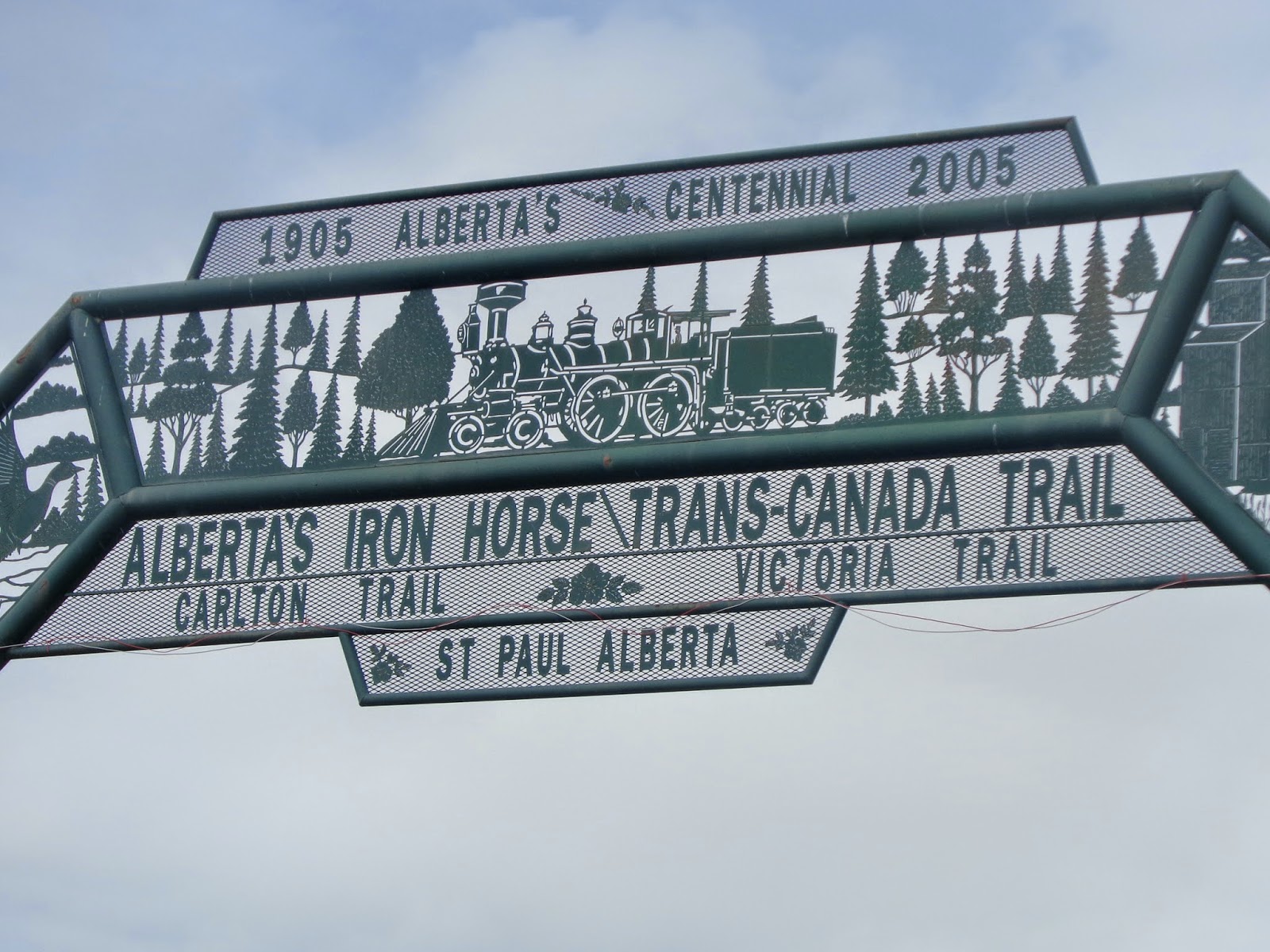 After scheming for months about cycling the Iron Horse Trail, I finally made it out there on the weekend for a little lookie-loo at part of the southeast leg of the trail. In fact, we made it a family overnight: me, my wife, and our two boys, ages 13 and 11. The plan was to pack up the bikes and Bob trailer, drive to St. Paul (two-hour drive northeast of Edmonton), park our car at the staging area there, cycle 32 km to Elk Point, where we’d camp and then ride back the next day. Things didn’t quite go as planned, but the trip was a fine adventure nevertheless. We ended up getting a pretty good sense of the Iron Horse, and gathered some valuable intel for future, longer forays along the trail.
This way to the rest . . .
Posted by Jasper Gates at 10:03 PM 1 comment:

Posted by Jasper Gates at 8:12 AM No comments: