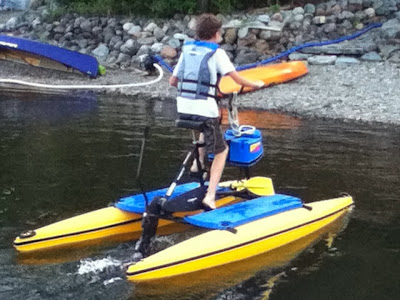 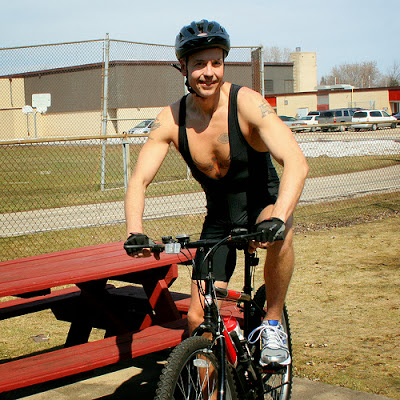 I saw this dude the other day in the park. It was smoking hot out, sure, but . . . really? Is this get-up—the bib shorts without a top—ever okay? 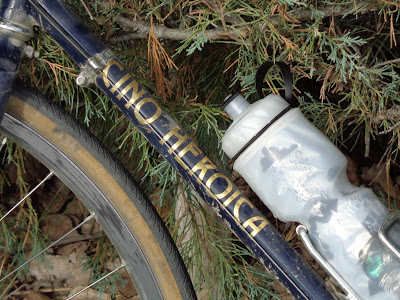 I’m 20 miles into the first day of the Cino Heroica, grinding along the dusty dirt and gravel back-roads of Montana on my 1983 Bianchi, when I see a cluster of bikes and riders gathered in an opening. Ah, a rest stop. And what am I to be offered at this break? Oreos and Gatorade, you think? No, for this is no regular bike race. Try bacon, cooked up on the spot on a Coleman stove. And Pabst Blue Ribbon.  Now that’s Cino!
This way to the rest . . .
Posted by Jasper Gates at 6:34 PM 5 comments: 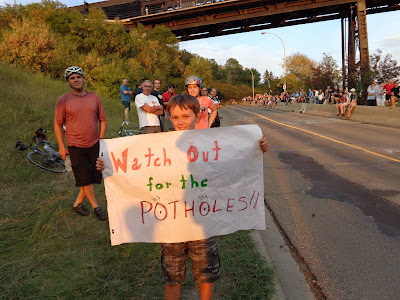 And it was also a special evening for Edmonton. The crowd wasn’t spectacular, but it was spirited, lively, appreciative. I’m not sure how many people on the roadside knew what was really going on, but they clapped and cheered for everyone, in solid Canadian fashion. For a lovely few hours the city felt downright cosmopolitan—the kind of place you’d see on television. It was a promising start, not just to this year’s race, but perhaps to something bigger.
Posted by Jasper Gates at 7:50 PM 1 comment: 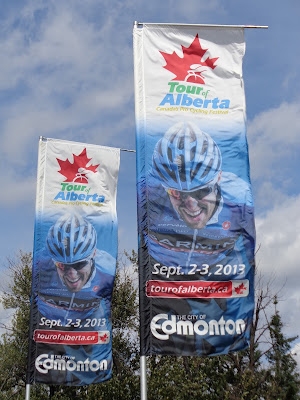 But as the anticipation grows, several questions about the fledgling T of A linger. Here are a few, some of which I will attempt to answer/speculate on.
This way to the rest . . .
Posted by Jasper Gates at 9:44 PM 3 comments: