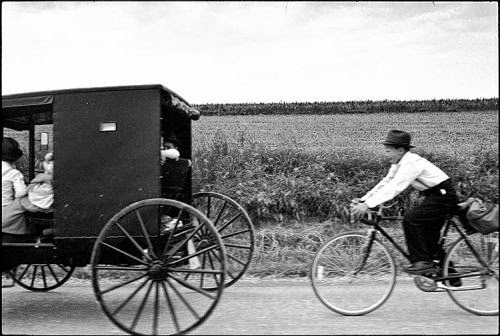 When I hear about the latest hi-tech cycling gizmo, like this Vanhawks smartbike, which features internal sensors, blind-spot monitors, and security devices (it’s a bike that is also a gizmo), it awakens my inner cycling Amish. I begin to feel my moustacheless beard sprout. I find myself instinctively resisting, even scoffing at, such so-called advances in technology.

Some Luddite part of me refuses to accept that a smartbike is a good idea. Yes, we have the technology to make it, but that doesn’t mean we need it or that it will improve my cycling experience. In fact, the more I think about the Vanhawks, the more I get an urge to pop a bonnet on my wife’s head, and move my family to rural Pennsylvania, where I can live out my days making furniture and pedalling my trusty ordinary to barn raisings and shaming ceremonies. 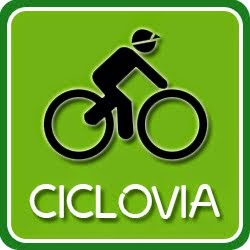 In Canada, the longest running Ciclovía-type event is probably the Sunday Bikedays Program in Ottawa, where, for decades, each Sunday in the summer over 50 km of roads from the heart of the city to Gatineau Park are closed to car traffic. Some cities, such as Winnipeg, make this a once-a-year deal. Sometimes, a one-off event grows into a more regular one, like Portland’s Sunday Parkways.
This way to the rest . . .
Posted by Jasper Gates at 9:51 AM 4 comments: