I saw this stoner-cyclist-dude puffing away on a cigarette the other day, something I haven’t seen in years. He looked pretty ridiculous. These days, is it ever appropriate to smoke while cycling?
Signed,
Wondering about Smoking

You are right. A cyclist smoking a cigarette is a most unbecoming sight. The cigarette, as everyone knows, is a vulgar and unmanly tobacco product. Yet it is all too often the choice of the uncouth and ignorant cyclist. This misguided (and, alas, often, young) wheelman fails to understand that there are much healthier, more robust, and civilized smoking options available for cyclists at your friendly tobacconist’s shoppe. 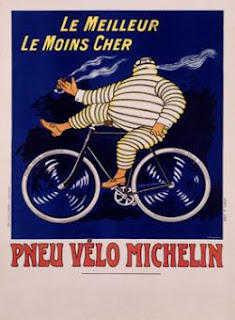 Some fellows of the wheel swear by the stogie, WAS. I am not one of them. While the cigar is certainly more manly than the cigarette, there is something over-the-top about it; the cigar, it must be said, lacks the quality every gentle cyclist should exhibit above all: subtlety. Plus, who can think of cigars and cycling without conjuring the disturbing image of the Michelin man. And I don’t mean today’s benign and child-friendly marshmallowman, but rather the ghastly and demented Bibendum of days of yore.  Is this an image anyone would want to evoke, WAS? 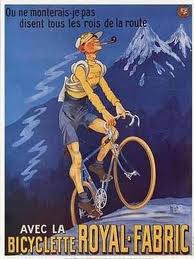 As for me, I never set out for a run on my steed without my trusty pipe and a pouch of my favourite Black Cherry Borkum Riff tucked in a special pocket. My pipe is an essential part of any brisk outing. Simply put, WAS, pipe smoking and cycling are made for each other. For the gentle cyclist, the pipe is a reliable source of refreshment and a sure aid to reflection. As we all know, there is often a moment in a ride when one’s spirits lag, or one’s energy fades, and at those moments, what could be better than reaching into one’s satchel for the cyclist’s best friend?

Nothing satisfies like a good bowl in the middle of bicycle ride. It calms the agitated mind, rejuvenates the nerves, lowers the blood sugar, stimulates the muscles, invigorates the lungs, and keeps the bugs away. When on a bike ride and in need of a quick boost, don’t be tempted by those new-fangled sportive beverages or cockamamie gelatins—merely the latest snake oil cure-alls, supposedly sanctioned by modern “Science.” Instead, keep your musette stocked with an array of fine, fragrant tobacco leaves and your favorite pipe.

I have different pipes and tobaccos for different cycling occasions. On most runs, I tend to my dependable old briar. On cooler mornings, there’s nothing like a handful of Captain Black in a meerschaum. But when I’ve got a tailwind and a touch of that devil-may-care foolishness, only a corn cob will do. After fighting a stiff wind or completing a vigorous climb, I’ve even been known to whip out my calabash gourd at the side of the road. (Though I’d think twice about this in mixed company. That’s a lot of pipe!) 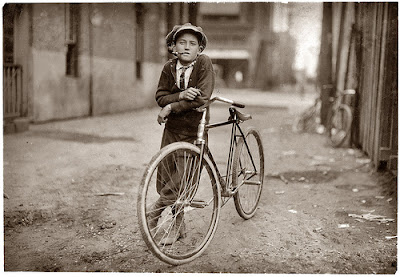 If one’s wheel serves as an introduction in unfamiliar territory, WAS, then think of one’s pipe as a badge announcing one’s gentility. A cigarette-puffing stranger on a bike may raise suspicions in an unfamiliar village; to the locals, he appears shifty and shiftless. A cigar-puffing cyclist gives the natives the willies. But as my good man Bockett asserts, the world recognizes that a man or woman (even boy or girl) awheel smoking a commonplace briar pipe is not only sane but trustworthy, civil, and wise.
Posted by Jasper Gates at 12:49 PM