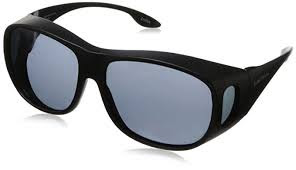 At first, I told myself I’d only wear them while cycling. They were, after all, ridiculous—cheap, oversized, drugstore sunglasses, the kind with side-wraps. The kind you see being worn only by old, cane-wielding  men in the park. The kind that fit over your actual glasses. They cost $25, my Solar Shields.

But, as some touring cyclists figured out long ago, these cheap, fitover sunglasses are remarkably cost-effective, if goofy looking. Val has used them on trips for years. So when my old clip-ons broke the day before a planned long ride, I found myself at London Drugs, spinning the rack, asking myself what the heck? I’ll join Team Solar Shields. 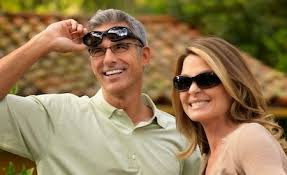 When you’re wearing them, of course, it’s easy to forget what they look like on you. Surprisingly, they feel pretty much like regular glasses. Only when you’re putting them on and taking them off are you really aware of the weird sensation of wearing two pairs of glasses.

It’s natural to be a little self-conscious about them at the beginning. In the first weeks, I was careful to lower the shields as soon as I got off the bike and headed into a café or corner store. One bright, sunny day, when I ran into a recent acquaintance on the street, I whipped them off and furtively tried to hide them behind my back while we chatted, me squinting and my retinas burning, all the while.

But, soon, any sense of Solar Shields’ fashion liability is counterbalanced by the unassailable practicality of the things. They’re hard to misplace, sturdy as shit, and no one is going to steal them.

About a week in to Project Solar Shield, I started using them for driving my car as well. No one cares how you look behind the wheel, right? Surely, that’s no different than using them for cycling. I’d take them off when I got out of the car, I told myself. And I did--for a while. But it’s just a matter of time before you ask yourself why would I take off a perfectly good pair of sunglasses when I’m still outside? 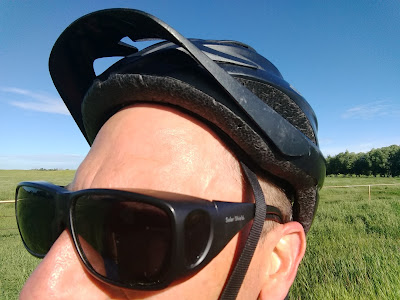 Now I wear them pretty much everywhere. The other night I wore them at my kid’s soccer game. The whole game. It was practically dark when the game ended, but I still had them on. You might be thinking, He’s given up. I prefer to think that I’ve seen the light—through inexpensive, oversized Advanced UV Protection.

One day last week, I was riding my bike downtown and passed a homeless dude on a park bench. He was wearing the exact same model of Solar Shields. Our shielded and fully protected eyes met for a moment. We nodded that Team-Solar-Shield nod at each other. 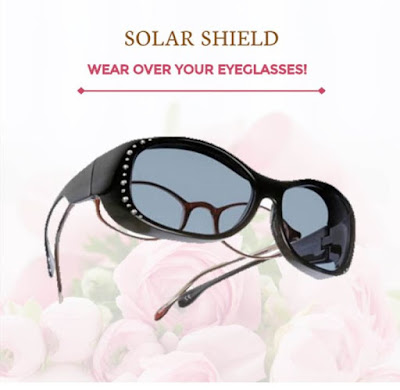 My wife recently bought a pair of Lady Solar Shields with rhinestone insets. She says they’re just for the car—you know, back-ups only.