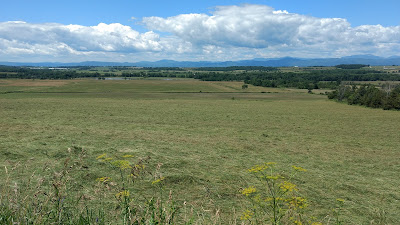 About a month ago, when Val and Tando said, “Hey, let’s go ride our bikes around Vermont for 10 days,” I immediately thought of Danny Kaye and Bing Crosby in the 1954 classic film White Christmas, part of which takes place in the fictional resort of Pine Tree, Vermont. Kaye’s character says, in response to Vera-Ellen’s invitation to join her and her sister for a winter adventure, and again later trying to convince Bing’s character to go along, “Vermont should be beautiful this time of the year, with all that snow.” The only difference, in my case, was the last part of my response. “Vermont should be beautiful this time of the year,” I told the fellas. “All that . . . green.”

As with Bing and Danny’s scheme in the movie, our trip came together quickly, with only a few weeks from conception to implementation. Fly to Montreal with our bikes, ride them down to Vermont, then around the Adventure Cycling Association’s Green Mountains Loop and back to Montreal. Altogether, it would be just under 1000 km of riding. 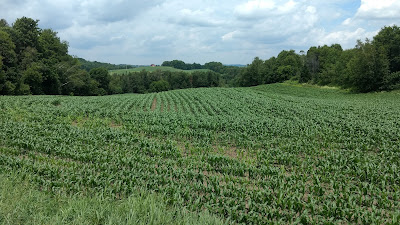 As Tando had offered to be chief cartographer and navigator, I didn’t even bother to research the place. It would be a surprise. I’d just show up and ride.

Turns out that Vermont is both very vert and mostly monty (though more in the French sense of the word, meaning hill, rather than mountain). Plus it’s got water—beautiful water, in the forms of the brilliant Lake Champlain in the west and the Connecticut River in the east. This combination of greenery, hills, and water makes Vermont a delightful, if occasionally challenging, destination for a bicycle trip.

Vermont is, I discovered, a famously green state, and not just because of its lush farmers’ fields and sparsely populated forests. The state is also known for its progressive renewable energy scene, especially around the capital, Burlington. We saw wind turbines (or “whirligigs,” as some local detractors call them) and tons of solar panels, mostly on rural properties. Central Vermont’s Middlebury College is known as one of the leaders in sustainability studies in North America. And Vermont is home to Bill McKibben, one of the world’s leading voices in the fight against climate change. 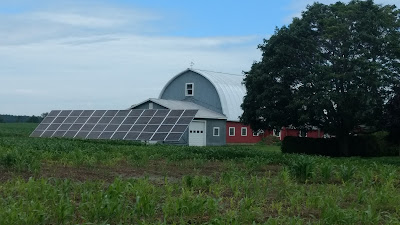 A big part of Vermont’s green image is its bicycle friendliness. The Burlington area is the epicenter of the state’s bikequake—it’s got the infrastructure, participation rate, and pro-bike culture a of mini-Portland. But even elsewhere in the rural parts of the state, cyclists are welcomed. We found lots of low-traffic country roads, generally courteous drivers, and bicycle friendly accommodations. 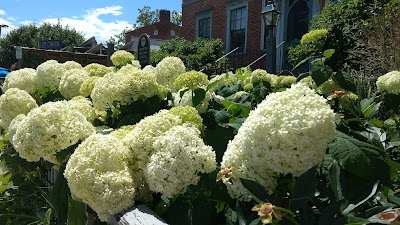 Our trip also involved four days of cycling in Quebec, and we discovered how impressively green that province is, too, when it comes to cycling. The Route Verte is an extensive network of over 5000 km of signed, scenic bicycle-friendly routes. And it’s the real deal. Our main experience of the RV was the leg from downtown Montreal to the US Border, about 100 km, and that stretch, anyway, is terrific. In how many major North American cities can you ride a bicycle from the city core to a town 50 km away travelling entirely on bike lanes and multi-use paths? 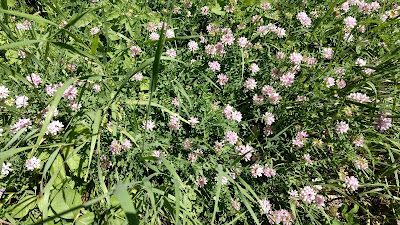 Over the next few weeks, I’ll be posting a series of pieces and photos about our early July travels in this green world. But for now I’ll end with my twist on a line from the song Bing and Danny made famous in White Christmas:

“May your rides be light and serene, and may all your summer days be green.”