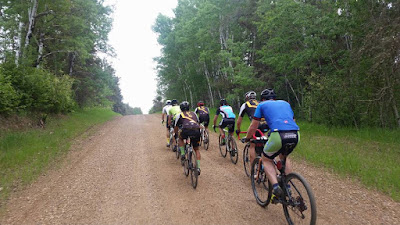 A big, dusty shout out to the 15 riders who rolled up to the start line on Sunday for the third annual Dusty 100 Gravel Challenge. We had a little bit of everything: racing bikes, mountain bikes, fat bikes, a single speed, aero bars, a skin suit, a floor pump lashed to a top tube, and a thumping bass line from the campground down the road. And, of course, a solitary bugle. 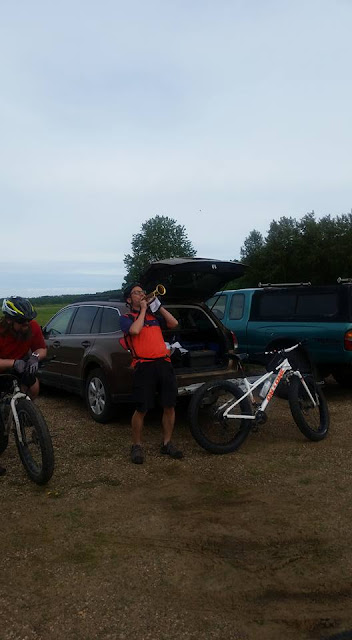 The gravel gods must have liked the bugle call, because they definitely smiled on us: perfect weather and better gravel-road conditions than anticipated made for a stellar day on the quiet, scenic roads of Smoky Lake County.


A welcome addition to this year’s D100 was a group of fast riders led by the Gravel Wing of the Edmonton Road and Track Club. I didn’t see much of these fellows after the first corner, aside from a brief crossing of paths by the Waskatenau Petro Can, but the photographic evidence and post-ride reports suggest they had a blast. 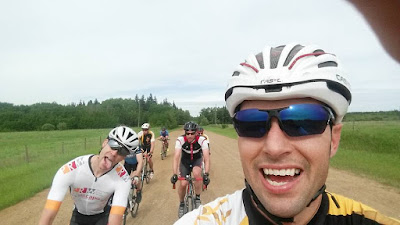 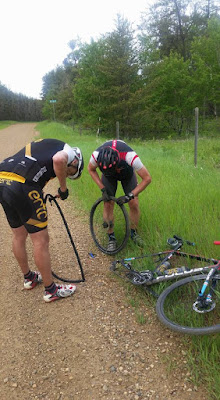 Some of them even took the scenic but sometimes sketchy Iron Horse Trail option between Smoky Lake and Waskatenau, where a mule deer pace-carred them for over a kilometer along the trail. Each range- road crossing marked the beginning of a new secteur, as the gravel shifted from soft to hard, squishy to rattly. Aaron Falkenberg, one of the Iron Horsers, told me, “At one point, our compatriots were shadowing us on the ‘regular’ gravel road that runs parallel to the IHT. It definitely looked easier, but we weren’t here for easy.”  Spoken like a true gravel challenger.  It was swell to have these fast guys out, and we hope to see them back next year.

As for the rest of us, the pace was more leisurely but the combination of pleasure and suffering about the same. This year’s Warspite Straightaway, historically a mind-punishing stretch, wasn’t bad at all; it’s amazing what a little tailwind will do for one’s mental health. At the hallowed Petro Can, the fresh flowers were missing but the bakery was well stocked with its legendary provisions. Digging into cheese wands and danishes at the picnic table outside, for a brief while, anyway, you could see as many bicycles as half-tons. 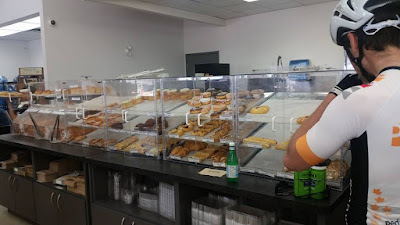 Post-Petro Can is always where things get serious at the Dusty 100. On the homestretch, along the most scenic bits of the Victoria Trail, both groups split apart, as the day suddenly got smoking hot, and the legs started to feel the cumulative effect of gravel, wind, sun, and cheese wands. At this point, it was all about the suffering, both for those going fast and those just trying to finish.

Some performances of note:

Tom DeVries became the first to complete the course on a single speed, making it look easy in the process.

Paul Lumsden gets the Hard Man of the day, after wiping out early and riding injured the rest of the way. The combination of blood and dust on his arm and leg was both inspiring and a little worrying, infection-wise. 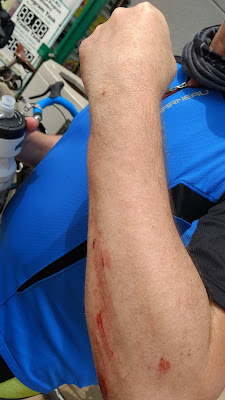 Albert Nguyen gets the Big Pepperoni, after eating two actual pepperoni sticks at the Petro Can and then somehow finishing the ride without barfing.

Paul Sopcak gets the Amish Award for his commendable old-school approach to the whole event, which included an awesome 6-page hand-drawn map and a bike set up that can be best described as a mountain-bike jalopy (check out his pump and handlebar bag). I have to note, too, that he crushed the rest of the non-fast field on this thing. Bravo, Paul! 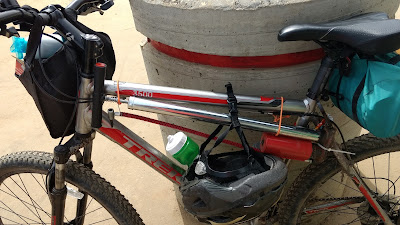 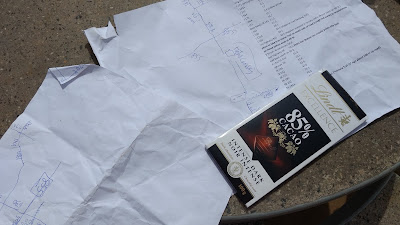 And Bigfoot Ryan got an actual Surprise Bag (a Petro Can special) because, well, because he had a long day, he’s turning 40 soon, and he looked like he could use a surprise. 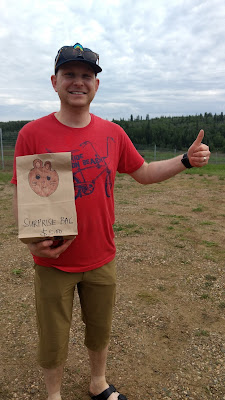 And 14 dust-covered, hardy finishers, who answered this year’s gravel challenge.

Thanks to Greg Nicholson and Aaron Falkenberg for photos and ride reports. 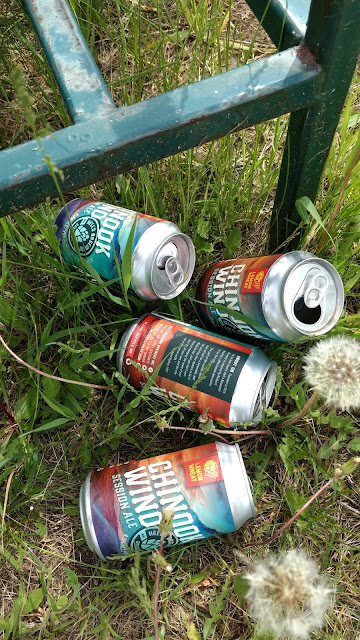