With the Tour of Alberta wending its way north in the coming days, I’m looking forward to stage 4 Saturday in Strathcona County. As I mentioned a few weeks back, this area just east of Edmonton features one of the most extensive and scenic networks of rural paved roads in Alberta, so it’s an obvious choice for a stage locale.

However, the Tour organizers have introduced a twist on this stage that, at least in theory, I really like: as the Tour website explains, parts of the stage (three sections for a total of 5 km) will take place on roads consisting of “dirt” and “Canadian Pave.” (Why it’s not “Albertan Pave,” I’m not sure.) This latter, of course, is a nod to the European tradition of racing on cobblestones or “pavé," as in the famous Paris-Roubaix race/mudbath. (Not sure what happened to the accent.)

But given that actual old-world cobblestones are hard to come by in rural Alberta, it would seem the race organizers are being creative if not a little fanciful with their terminology. This so piqued my curiosity that a few weeks ago I ventured out with the fellows to ride part of the stage route and check out this road surface, and especially this “Canadian Pave” with my own eyes and wheels.


We rode part of the southern half of the route including the stretch that runs along Township Road 510. According to the map on the website, this section consists of a combination of “dirt” and “pave.” But that description doesn’t feel quite accurate to me.

First off, the “dirt” descriptor doesn’t make much sense. With only a few exceptions totalling maybe 50 metres, the part of the route along 510 is paved. True, the pavement is crappy in places, and there are a couple of tiny sections where the surface is a stony, hard-packed, nut-rattling gravel. But dirt? No. Not that I saw.

So if this road isn’t exactly dirt, is it fair to call it pavé, Canadian or otherwise? Well, that seems a bit of a stretch too. I think of Euro pavé as bumpy, cobbly but uniform, as in the cobbles cover the whole road surface. On 510, however, the patches of non-paved surface which make up the supposed Canuck cobbles are just that—patches. In fact, most of 510 is plain old asphalt, with occasional nasty, scabby bits of what most Albertans would call “Canadian potholes.” There were four of us riding together and we had to keep our eyes on the road to avoid hitting these patches; in some cases they couldn’t be avoided at all. It will be interesting to see how a peleton travelling at high speed negotiates this road. Perhaps “interesting” is being generous—it could be downright hazardous. 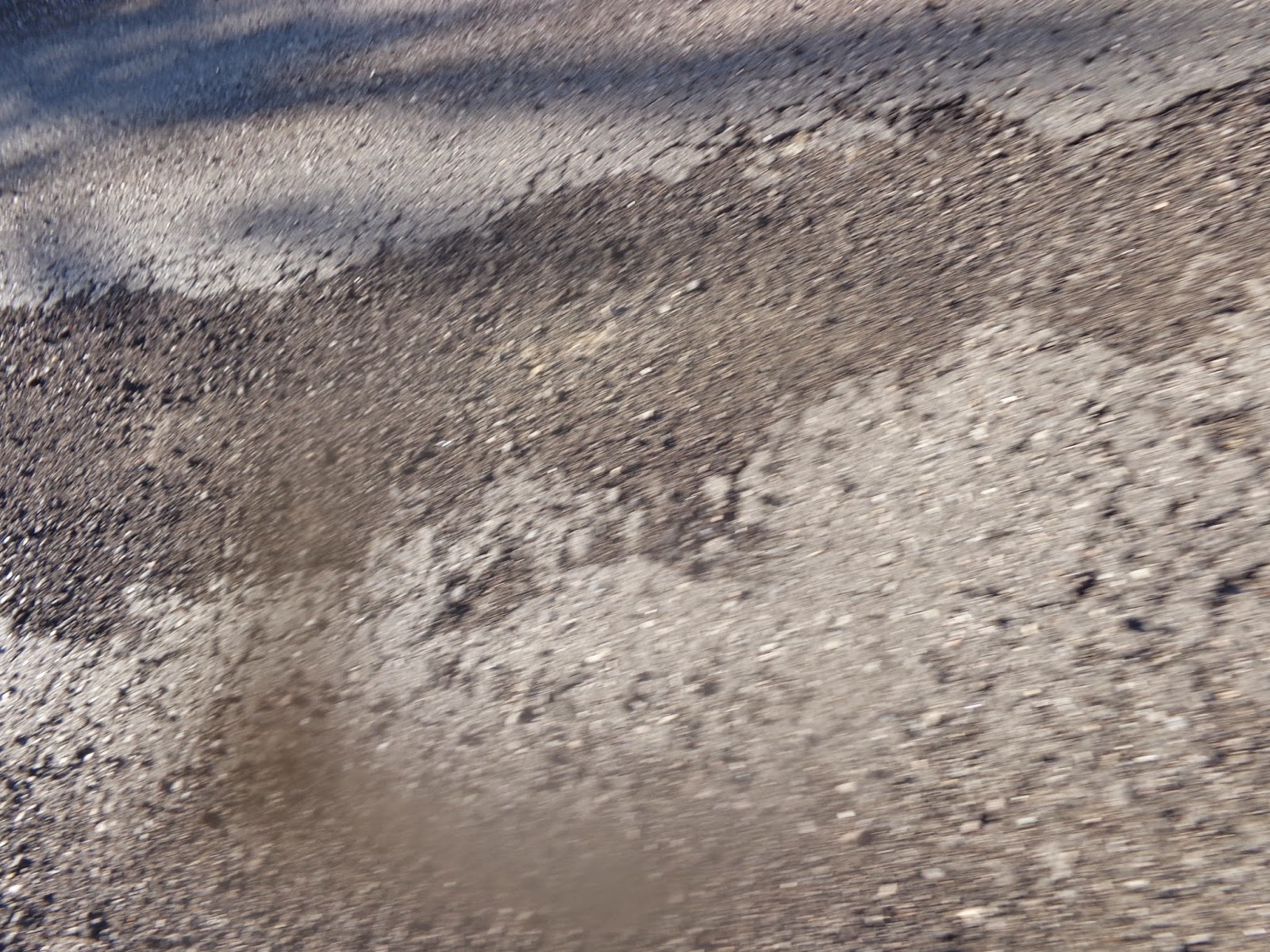 But that’s precisely the idea with including pavé of any kind in a bicycle race, right? To introduce some danger, some unpredictability into the contest. Canadian pave may well do that. I’ll be interested to hear what the riders have to say about it come Saturday night.