The website for Honey Stinger Waffles recommends, with a wink, that their waffles be hidden away from children. So tasty and addictive are these wafflettes, the website suggests, that kids won’t be able to keep their little hands off them. In my experience, though, it’s not just little gaffers who love the gaufre Stinger, as it’s known in some parts of this land. Young and old chew back this crack-cocaine of sports snacks at an alarming rate. For the Stinger seems to defy the cardinal rule, the Prime Directive of Energy Snackage—which is that if it’s good for you, it can’t be entirely yummy. 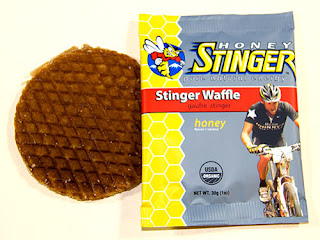 The Stinger package offers a testimonial from none other than Lance Armstrong, who says that he has fond memories of munching the stroopwafel of Northern Europe (that name evokes somewhat sinister connotations of waspish Germanic warplanes). My cursory search of the interweb reveals that the stroopwafel originated in the Netherlands a few centuries back and remains a popular street snack in Belgium and Holland. This is Stinger’s mini-version of the lowland classic for North American athletes.


For this tasting, I was joined by the Musette’s young intern, eleven-year-old Gil Morgan, who I thought might provide a youthful perspective on the awesomeness of the Stinger waffle. We sat down with a small stack.


JG: Let’s start by describing the appearance. The Stinger is what I would call a mini-waffle, about the diameter of a burger and the thinness of a Ritz cracker. Does it feel particularly waffly?


JG: True. But the cross-hatched-diamond pattern gives it a waffle-esque look, with a sly hint of honeycomb to boot. [Pause.] Well, enough staring at these. Let’s eat one.


JG: [Chewing away.] I’m loving the way it’s sweet but not cloying, with a distinct honey-and-cane-sugar sweetness. It’s an honest sweetness. No corny fructose here.


JG: I know what you mean. There’s a raw chewiness somehow packed into such thinness. It’s almost a kind of honey fudge, though not as sweet.


JG: I agree. A CLIF can be a chore to choke down, it’s so dense, as hard-packed a brick. The Stinger has a satisfying density. It’s dainty, more fragile, I suppose, but it will never make you gag the way some energy bars can.


GM: No way. I can’t get enough of this Snofferwafel! Can I have another?


JG: Of course. But now that we’ve tried a Stinger the conventional way, let’s introduce our uniquely Canadian twist. We call this one . . . 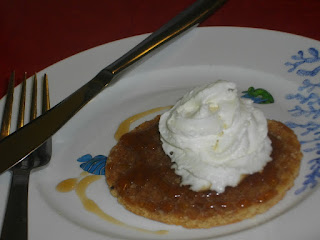 
JG: Dutch yum-yum wafel, meet Canada’s own maple goodness! This is the way we waffle: a drizzle of pure maple syrup, a squirt of whipped cream from a can, and behold! Beauty, eh?


JG: Wow! That Hᴓser-wafel is the bee’s knees! There’s something about the cool whipped cream and silky syrup mixing with the room temp wafel. All I need is a cold Hoegaarden to wash it down. 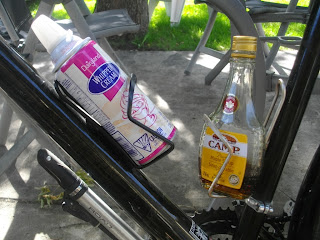 GM: I was thinking Mountain Dew. [Pause.] Say, I wanna make some Stinger S’mores. Pass me that last Poopelstroffer. [Reaching.]