Knock, knock. Who’s there? Isabelle. Isabelle who? Is a bell necessary on a bicycle?
Yours,


The use of a bell on a bicycle is only mandated by law in certain jurisdictions. However, in my view it is required by the unwritten codes of common civility regardless of where one lives. The main purpose of a bell is to signal pedestrians and other road and path users—from motorists to Segwayeurs to fellow cyclists—thereby avoiding collisions, confusion, and coronaries. A simple ringy-dingy takes little effort but can convey so much.
Occasionally, a bicycle bell can even come in handy in an emergency. I will never forget the day Val and I found ourselves staring down a cranky bison on the road in Elk Island Park. (“They don’t like cyclists,” the warden had cautioned.) The shaggy beast ignored our many exhortations to step aside. Only when Val strummed a few forceful rings on his Japanese brass bell did the bison make for the hills, allowing us safe passage. 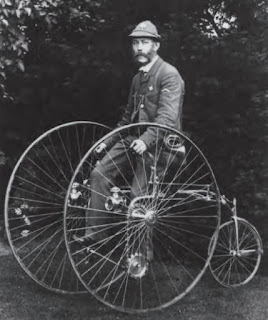 The earliest cycling bells were not bells at all but rather small bugles which the captains of Victorian cycling clubs used to call out signals to fellow riders. “Single file!” or “Dog turd, 11 o’clock!” In my view, K.K., a discreet bugle is still, in many ways, the best cycling “bell.” It allows for a kind of nuanced communication that a single-toned bell just can’t pull off. Depending on the notes blown, a cycling bugle can signal anything from “Approaching on your left” to “Pardon me, good sir, but you are flying low, ” to “Your Momma, Ass-Face!”
﻿ 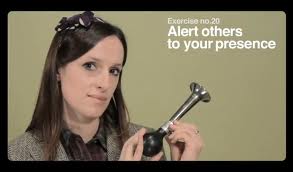 Alas, the handlebar horn and bell replaced the bugle in the early twentieth century. Such devices were deemed easier for cyclists to use, since they didn’t require holding and actual lip-blowing. (Other musical instruments, such as whistles, have been used over the years. Really, anything percussive could be used for signalling purposes: a triangle, tambourine, or tiny glockenspiel, for instance.) For a time in the early twentieth century, the goofy klaxon-style squeeze horn reigned supreme. This is a somewhat embarrassing period in cycling history, which cycling historians (some of whom are reluctant to even discuss this time) refer to as the “Clown Years.” It was common for such horns to be sold in a package with gigantic shoes and a red rubber nose. 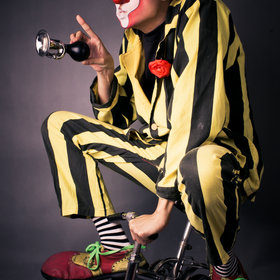 But the bell won out in the long run and is the most common signalling device found on bicycles today. Technically, any old dinger will do the trick, K.K., but I recommend that each cyclist take the time to determine what kind of bell is best suited to him or her. A gentleman's bell should be masculine-sounding--deep and serious. A lady's bell, however, can possess a more whimsical chime. As for design, one’s choice of bell is a small but revealing fashion statement, reflective of an individual’s age, tastes, and irony-threshold. 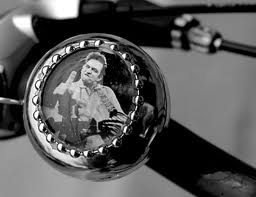 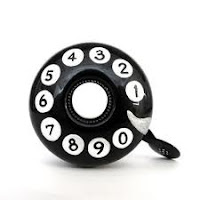 Some Über-Serious Cyclists feel it is beneath them to affix a bell to their carbon-fibre-titanium mounts. If communication is absolutely necessary on the road, then the USC may deign to bark a warning: “On your left!” But such ejaculations are almost always uncouth not to mention slightly unnerving to pedestrians and other cyclists.  Bike bells, according to the USC, are in the same category as handle-bar streamers and wheel reflectors: they are for other, less serious cyclists. If Bradley Wiggins doesn’t have a bell on his bike, then why should I, asks the USC? Bells are for cows and fairies.

Tut, tut, I say. Not only do these USC’s create hazardous and uncivilized conditions for the rest of us gentle folks, they are also missing out on some of the finer small pleasures of riding a bike. I refer, of course, to the joys that come from randomly ringing one’s bell at a small child or a flock of stupefied cows or at a looming harvest moon.


You see, K.K., cycling sans bell is like writing a sentence without punctuation. It can be done, sure, but it makes the world a slightly less civilized place
Posted by Jasper Gates at 10:57 AM