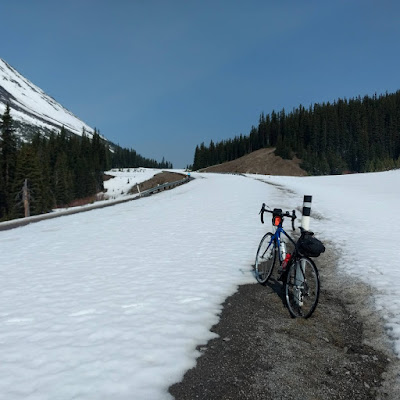 On a warm day in late May, Strava Jeff and I had ridden our bikes up to Highwood Pass, exploring, for the first time, a classic Alberta rite of spring. Calgarians do it all the time, I know, but we’d never made it down to Kananaskis during the brief window between when the snow melts and the high mountain road, which is closed for the winter, re-opens to vehicle traffic June 15.


We parked at the gate on the Longview side, where Highway 940 (the Trunk Road) meets Highway 40. From there up to the summit, it’s about 40 km, but the climbing isn’t as hard as you might think, given that it’s the highest paved pass in Canada. The ascent is long but mostly gradual, with only a couple of moderately tough stretches. 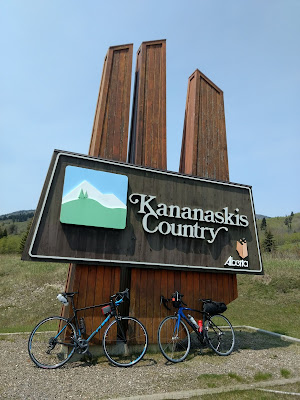 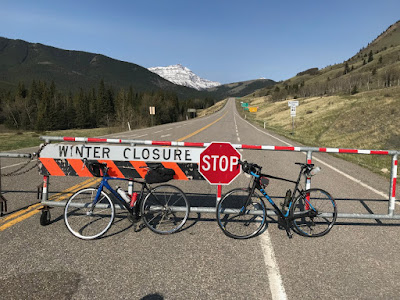 Having the whole road to ourselves took some getting used to. At first we rode dutifully in the right hand lane out of habit, but eventually we slid over to the middle and even the far lane, to get maximum sunlight. We laughed as we found ourselves looking back over our shoulders for what, exactly, I’m not sure. Bears, maybe? Sasquatch?

Animals must frolic on the closed road all winter, judging by the plentiful piles of poop on the pavement. In fact, you have to watch for these on the descent. A turd-induced wipeout would be a tough way to go. 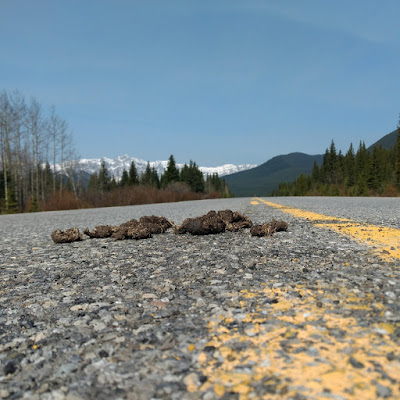 Highwood in the spring window is a beauty. It’s gotten me thinking about other mountain roads that get closed to traffic in the winter, like Edith Cavell in Jasper. I can see this becoming an annual thing.


The May-June car-free highway is brilliant concept, and once you get a taste of this sort of seasonal, mountain version of Open Streets, featuring bikes and wild animals, it’s going to be hard to go back to riding on the shoulder of anything. 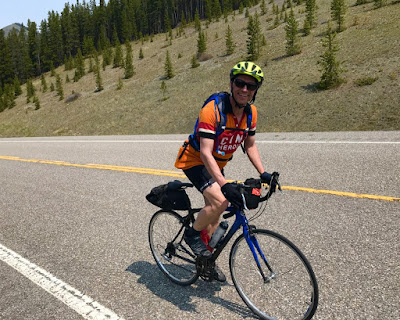