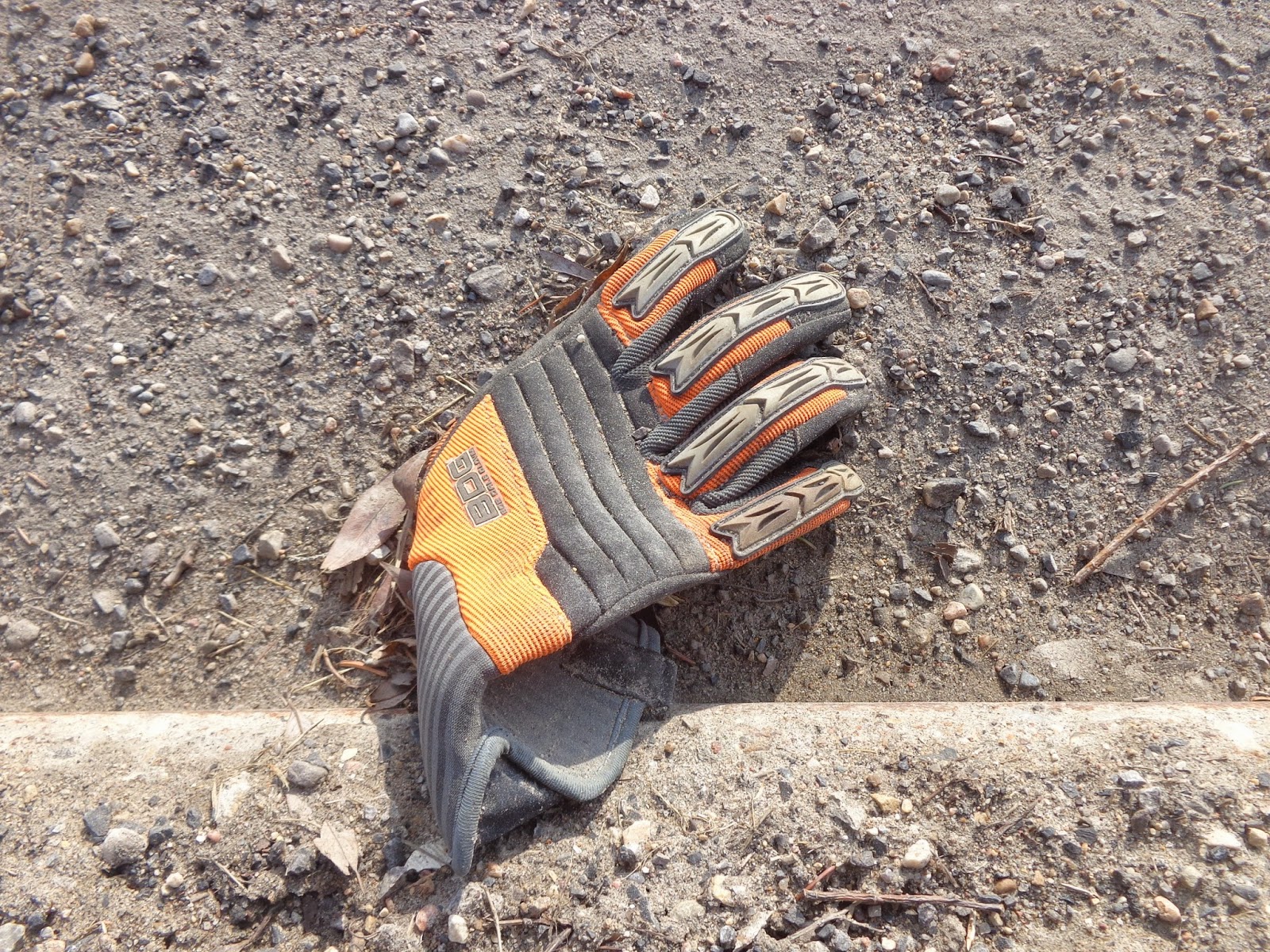 People love to complain about dog shit in the spring time. As the glacial drifts recede from sidewalks and streets, and the detritus of the past five months slowly emerges, once-frozen dog turds shed their icy cocoons and come back to a mushy, pungent second life.


But spring cyclists don’t care about such things. When they look down, they notice other seasonal phenomena, namely the spectacularly shitty state of roads at this time of year, all gravelly, sandy, potholed, and litter strewn. It can make for a grim scene, all that flotsam along the shoulders. For me, though, a sure sign of spring is the ubiquitous orphan glove on the side of the road.


I’m not complaining—this is more of a lament. For there is something strangely sad about these single gloves. To whom do all these orphans belong? And how do they end up on the sides of our roads? Work gloves are the easiest to explain. They fall off or blow off the back of trucks, and, after getting steamrolled repeatedly, make their way to the low spot on the road’s edge, where their mashed and contorted forms then get buried in sand and gravel, fossils of hand fashion to be disinterred every April.

Kids’ gloves and mittens on residential roads also make sense. Kids are always dropping stuff. I live across the street from a school and at the end of many days I see enough scattered clothing on the playground to clothe a small army, at least in mitts and coats and, somehow, socks and shoes. 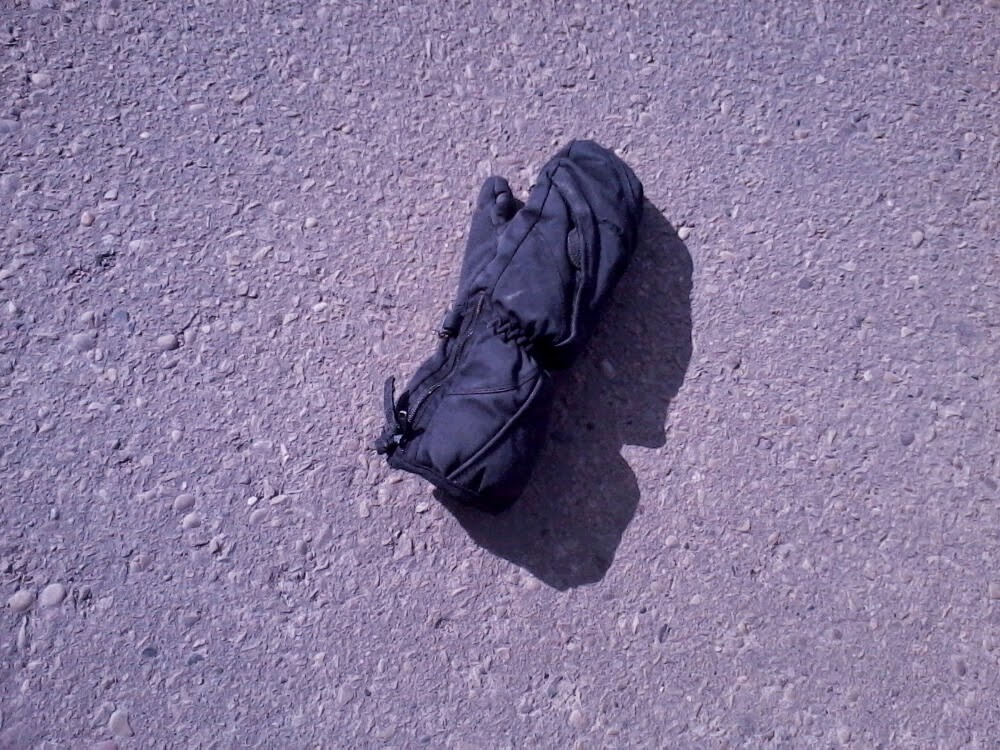 I noticed this fresh road-kill in my neighbourhood just the other day, as I was riding along an hour after school let out. The black mitt was clean, pristine, still puffy and pert; I don’t think it had been run over even once. I wasn’t sure what to do. As a kind of first-responder, I wondered if I should scoop it up and take it home. I decided to leave it but made a note to myself to check in on it the next day, to see how long it took to get mashed into the little esker along the curb. A few hours later, however, when I drove past the same spot, the mitt was gone, rescued by its owner, perhaps, or claimed by a passerby in need of a single righty.

But it’s the personal handwear on the side of very busy routes and industrial roads that baffle me. How did that pink Hello, Kitty! mitten end up on the shoulder of 184 Street near the CN railyards? Or that elegant ladies glove on the edge of traffic-clogged Stony Plain Road? The wearers of these mitts and gloves can’t possibly have been walking or riding along these treacherous roads and somehow dropped something. The gloves had to have migrated there from somewhere else.

Could snow-blowers explain some of this? A glove gets dropped on the sidewalk, buried under snow, and then a snow-blower inadvertently launches it onto the street?  In some places, maybe. Perhaps there’s a more mysterious explanation. Could these orphan gloves be possessed of some homing instinct, inanimate lemmings compelled to make their way to the curb side in hopes of someday reuniting with their lost mates?

Dog shit decomposes eventually. Nature takes it course. For orphan gloves, however, it’s more likely the street-sweeper that will take care of business. By the end of May most of the lost gloves will have been transported to some city gravel re-purposing facility, and be piled up inside mountains of grit, sand, and rock. One day, hundreds of years from now, archeologists will uncover these burial mounds of partially preserved orphan gloves and wonder, how did these get here?