A few weeks back, Val, Penn, and I fled the city on a Sunday morning and took to the gravel of the Glory Hills west of Edmonton.  We rolled our fat steeds along frozen back roads under a brilliant, cold sky. We encountered five cars and three deer in our 30 km. It was a glorious ride, indeed.

Now, we all know that gravel-road cycling is on the verge of becoming a thing—all the big manufacturers are putting out gravel bikes and gravel events are popping up like dust devils across the Midwest and elsewhere. The benefits of gravel riding have been extolled by me and others for some time—namely the lack of car traffic and the almost endless route possibilities. But winter gravel? Could it be a sub-thing of that gravel thing? 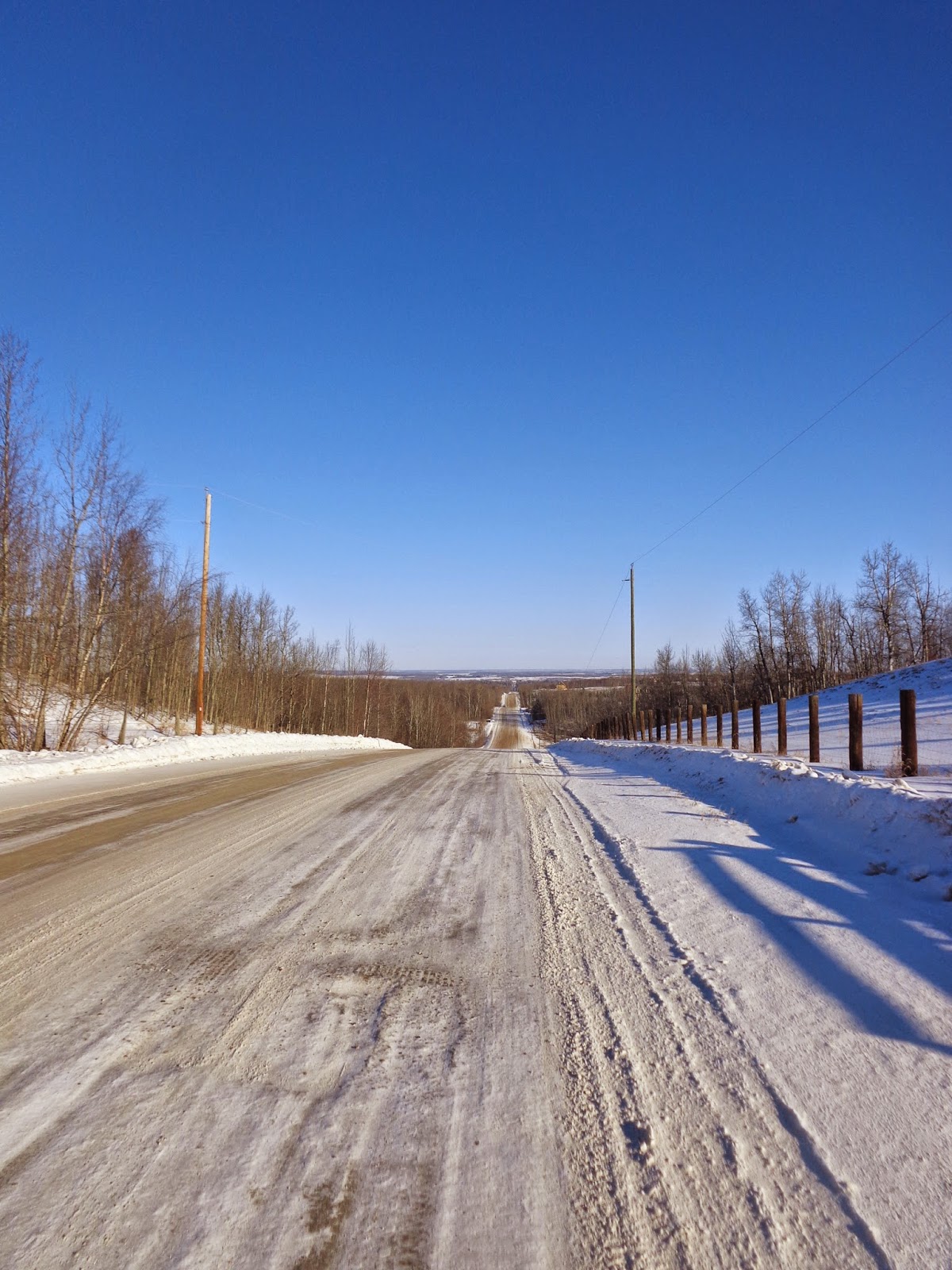 I’ve learned that when it comes to winter cycling in these parts, city roads, for the most part, are a no-go. Gunked up and narrowed down by snow, ice, and snirt, they’re just not safe for bicycles. That means my winter recreational riding is, generally, trail riding. And I can get behind that—the pleasures of bombing around river valley trails on a fat bike have been a revelation to me.

But somewintertimes, and especially at this time of year, I get the itch to ride the open road, where we can see beyond the trees, where we can ride long straight lines three abreast, where we can get into an uninterrupted, steady rhythm, and where we can feel the wind whipping across the white fields. And that’s where winter gravel riding comes in.

Fat biking along frozen dirt roads may be slower and colder than the summer gravel experience but it does offer a reasonable facsimile of that experience. In fact, in some ways it might even be better. Frozen gravel tends to be hard—pavement hard—and therefore much easier to ride along than the soft, beachy conditions found on some summer backroads. Plus there’s no dust.

And on more personal note, winter gravel is a boon to my gravel glossary project. I identified a couple new seasonal varieties of gravel on that ride, such as this specimen I’m calling Frozen Latte. 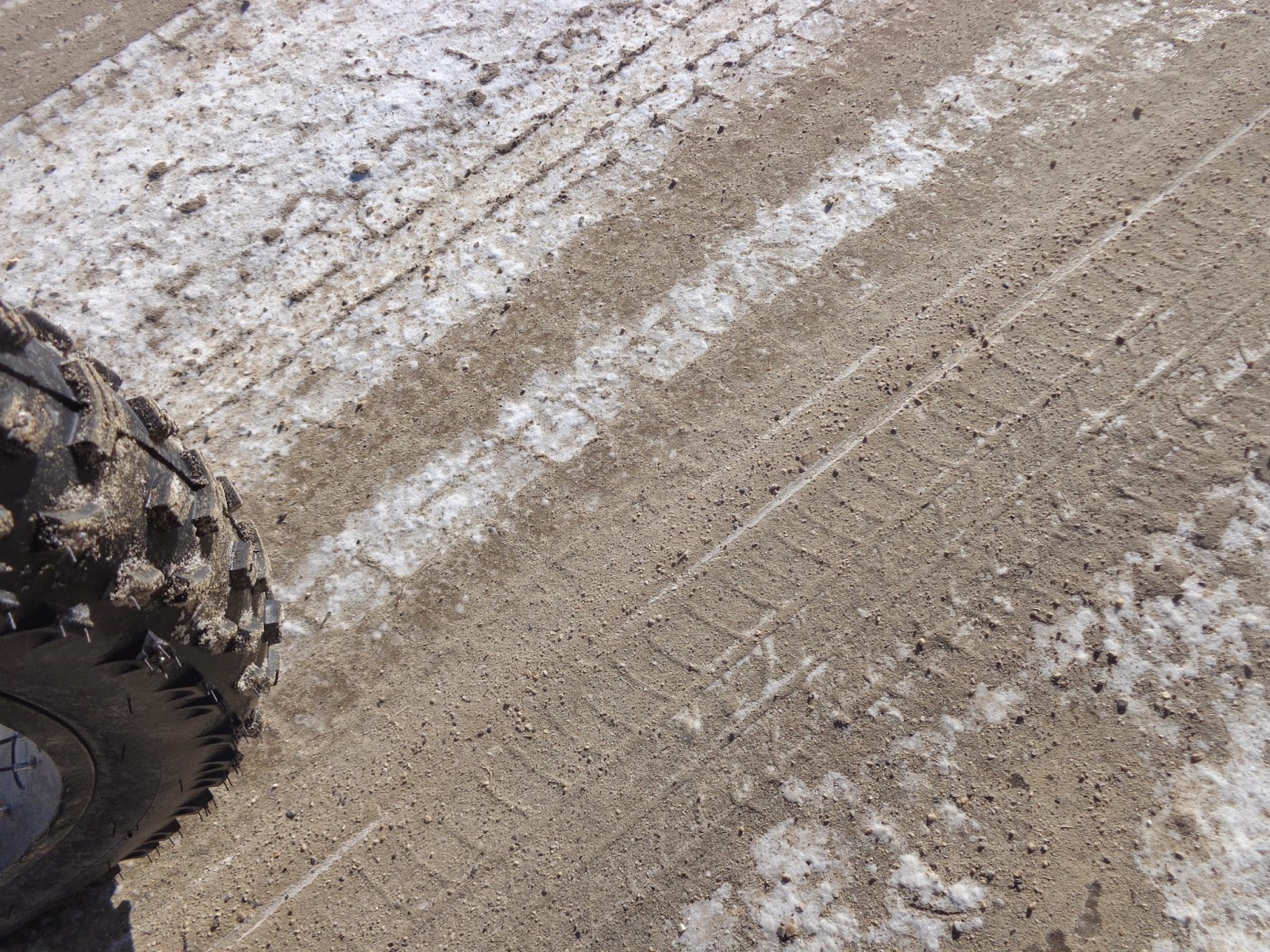 If you’re getting tired of trails and thoughts of road cycling start percolating through your winter brain, a frozen gravel ride may be just the ticket. In fact, gravel glory may well be a dish best served cold.