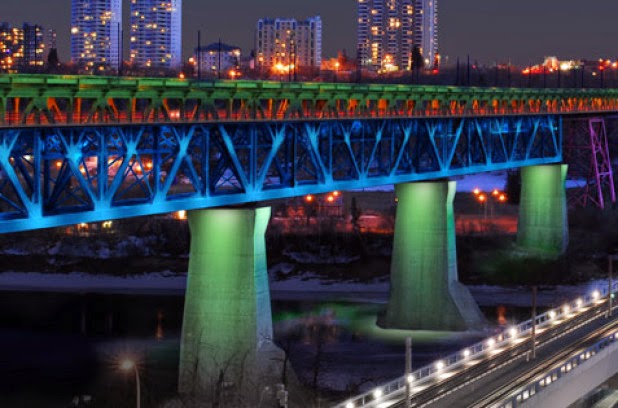 I’ve only got one rule for a night ride these days: it’s got to include a crossing of the night bridge.

That’s what I’ve taken to calling Edmonton’s High Level bridge since July 1, 2014, when 60000 LED lights fired up and the 100-year-old bridge was transformed into a spectacle of color. The Light the Bridge project was the result of a creative fund-raising campaign that saw no public money spent on the lights—citizens and businesses “bought” bulbs (though the city now pays for the electricity to keep them running.) The project led to a healthy discussion of the benefits of large-scale aesthetic projects like this—whether fancying up civic infrastructure, essentially transforming a utilitarian structure into a work of art, is a worthwhile undertaking.

I remember watching the big reveal on Canada Day. A group of us gathered on Penn’s balcony overlooking the river valley. With the flick of a switch you could hear the collective gasp across the city: it was magical. Like so many other Edmontonians, we looked at each other and said, “Why didn’t we do this years ago?”

The lit up bridge has been a hit. I’ve yet to meet an Edmontonian who doesn’t love it. River Valley Road,  Kinsmen Park, and the LRT bridge just west and a little below the High Level deck all provide excellent vantage points of the lit up spectacle, though the best view is from the northwest entrance, in Ezio Faraone Park.

But riding a bicycle across the lit up bridge’s sidewalk is the ultimate way to experience the lights. (Walking works too, but why would anyone walk it when they could ride it?) I’d recommend a crossing to anyone, anytime of the year. The LED bulbs emanate a narrow but intense cloud of colored light that illuminates the entire sidewalk. You can feel the light as you roll along. It’s enchanting. 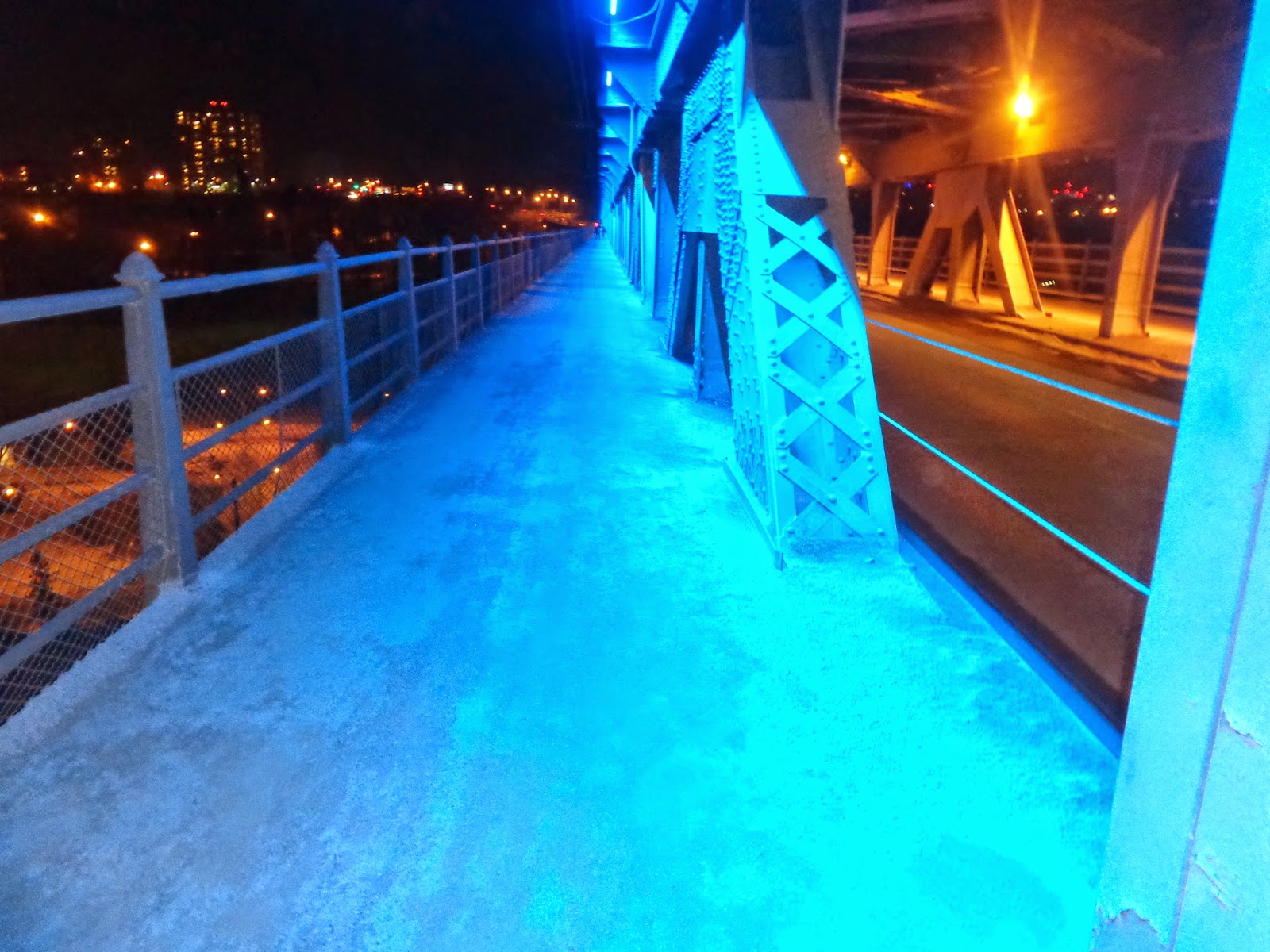 Used to be that the High Level Bridge was something of joke or a sinister symbol in our civic consciousness; we associated it with dim truck drivers who got stuck under the low northwest entrance during rush hour or with an alarming number of suicide attempts.

Now, though, the night bridge is a luminescent wonder. I’d include a crossing of it in my list of Edmonton outdoor musts, along with strolling atop Ada Boulevard, skating on the Victoria Park Oval, meandering through the 104 Street outdoor market, and picnicking at Alexander Circle. 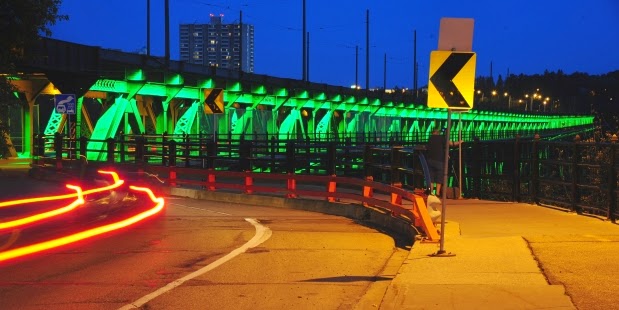 Not too long ago, I pretty much only went for evening rides if the moon was offering a light show. But now that we've got the night bridge, we've got a show worth seeing every night.
Posted by Jasper Gates at 10:37 PM