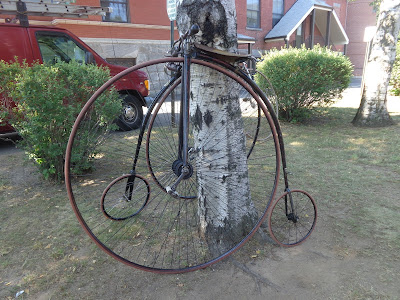 Here in New Haven, Connecticut, you can’t swing a cat without hitting an old bicycle these days. I’m in town for the International Cycling History Conference, an event devoted to celebrating the machines and culture of the early years of cycling, especially the 1860s to the early 1900s.

This year’s conference, in fact, is being held to coincide with the 150th anniversary of the first bike ride in America. In the spring of 1866, French transplant Pierre Lallement rode his prototype velocipede between Ansonia and Derby, CT, just outside of New Haven. As part of this year’s festivities, some old bike aficionados brought their wondrous old boneshakers, pennyfarthings, and safeties to display and even demonstrate on the New Haven Green last Saturday. 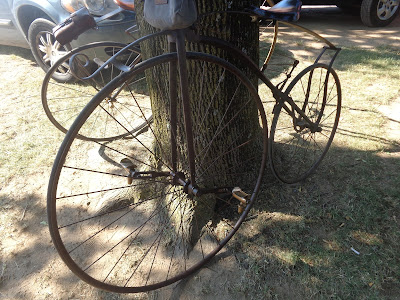 Not surprisingly, a lot of the attendees at this conference really, really like old bikes—they love the bicycle as object, and can examine, poke, prod, and fondle these machines for hours. Not so much for me. I tend to be more interested in the experience of cycling rather than the cycles themselves. Sure, I get a kick out of looking at highwheelers for a little while, but generally I’d rather just go for a ride—on any bike.

And I have been riding a fair bit, on various breaks from the conference, exploring the Yaley bits of New Haven, in particular. Here, too, I keep running into old bikes, though of a different sort. Crap bikes is what I’d call them, bikes from the 1970s and 80s mostly, and decent rides, generally made to last, and which now, despite flaking paint and a little rust (okay, a lot of rust), are dependable about-town commuter bikes—which have the added bonus of not being terribly attractive to bike thieves. 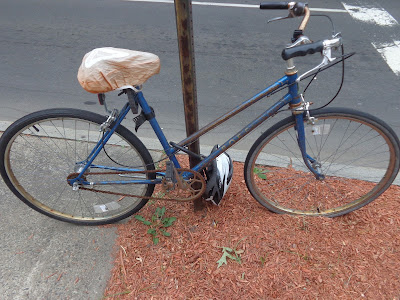 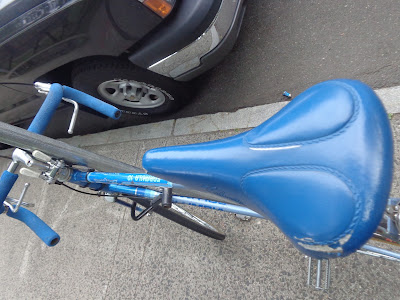 University students everywhere have been onto this idea for a while now, and if you visit pretty much any campus in North America, you’re bound to see crap bikes chained up outside university libraries, pubs, and dormitories, and all through student ghetto neighbourhoods. In fact, an old Targa 10-speed or an ancient Raleigh stepover has become an essential badge part on the hipster-student uniform. 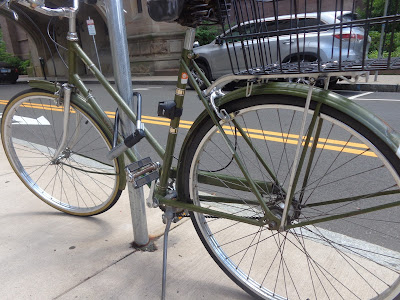 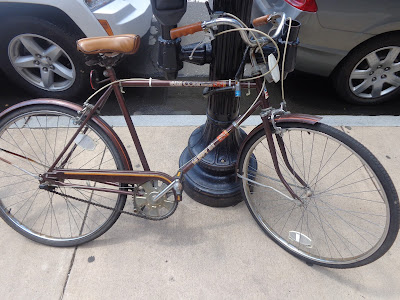 But Ivy League crap bikes, it turns out, are of a whole different order than what I’m used to seeing. Strolling around the neighbourhood where I’m staying, I’ve encountered a blue-chip collection of classic crap bikes chained to poles, trees, and railings outside student-looking housing: a vintage Schwinn here, a rare shit-brown ‘81 Huffy there, so many Free Spirits, and, my favorite, a blue-seated Columbia road bike. Double-tubed stepovers seem a popular choice, for women riders, I’m guessing. Lots of the brands I’ve never heard of in my life. 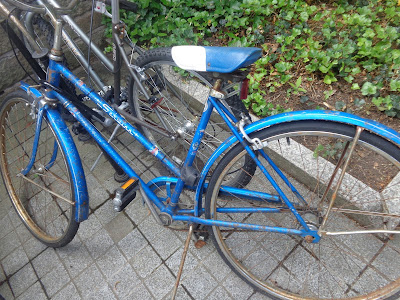 Crap biking at Yale feels like a competition, where well-heeled hipsters accumulate points in a variety of crap-bike categories: original paint job, original saddle, obscure bike name, etc. Some genuine effort, time, and, in some cases, money have gone into these Yale crappers.

I can only imagine what Harvard’s crap bike scene is like.