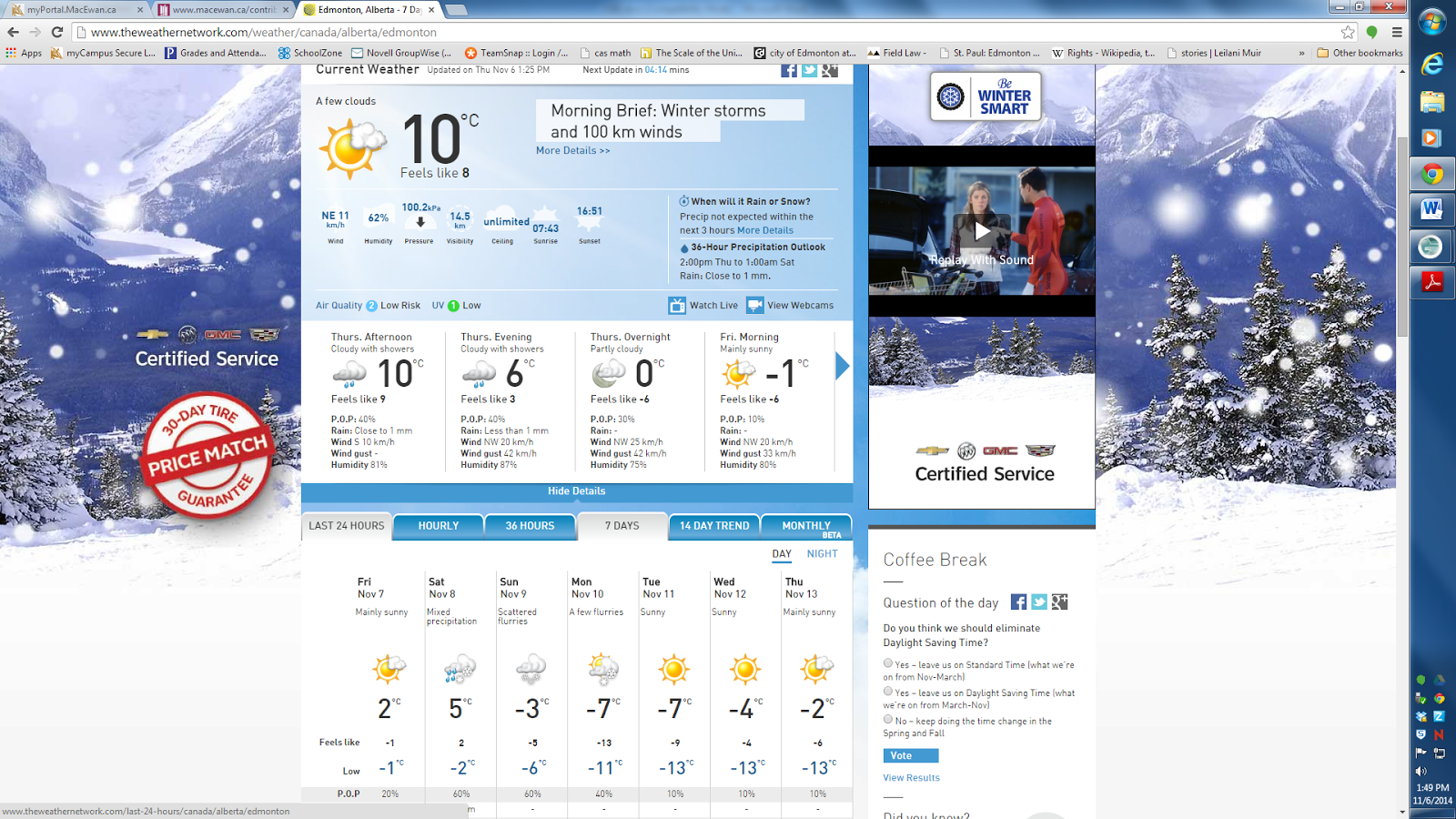 Is this the Last Nice Day of the season? Could be. It’s 10 degrees C in Edmonton, downright balmy for a time of year when the highs and lows are dominated by single digits and minus signs. You barely need a jacket out there. On a gift of a day like this, I think to myself: I absolutely have to get out on my bike.


That’s the thing about the LND. You generally don’t know when it’s going to happen until it’s too late. The optimist always thinks there’s bound to be more nice days before winter slams the door. But at some point there just isn’t. The trick is to recognize what could be the LND and make the most of it.

Last year, the LND came early, like before-Halloween early. Winter just showed up one unsuspecting October day and decided to stay until March. I hadn’t even raked up all the leaves in my yard. After the spring thaw, I found a jack-o-lantern that had been buried in a snow drift.

So on a day like this, a potential LND, the savvy northern cyclist must get out there, no matter how busy your day feels. This could be your last chance to ride without boots, hand warmers, and toques. Without studded tires, balaclavas, and layers.  Without ski goggles, vests, and ski mitts.

Call in sick. Postpone that appointment. Get your spouse to take the kid to soccer practice.

This could be the LND of the year. Go for a ride.
Posted by Jasper Gates at 3:51 PM