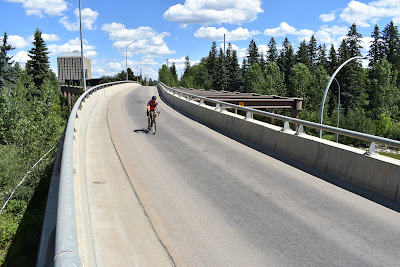 It’s hard to explain why I get such a thrill riding my bike on the Belgravia Road transit flyover. But I do. Every time.

The flyover connects the transit station at the University of Alberta’s South Campus with the westbound lane of Fox Drive, which then links to the Whitemud Freeway. It’s a one-way, one-lane, elevated bridge that curves around two corners before merging with Fox Drive. Because it was built on the side of a hill, where stability is an issue, the bridge actually sits on another, perpendicular trellis bridge. 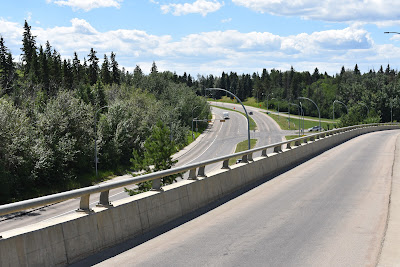 It’s an elaborate—and costly—piece of engineering, all for the sake of allowing buses to avoid trying to make a tricky left-hander onto Belgravia Road.

Here’s the thing: hardly anyone seems to realize that the flyover is open to anyone, not just buses. In fact, it was open for months before I clued in that I could take my bike on the flyover, an elegant and efficient route from the university farm to the Quesnell Bridge. When it merges with Fox Drive, it becomes a bus/bike lane, where other vehicles are verboten; you can sail down to the giant silver balls without jostling with cars.

I occasionally encounter a bus on the flyover, but there’s plenty of room for both on the extra-wide lane. I rarely see a non-bus vehicle on it. The whole thing is about half a kilometer long and mostly downhill, so it goes fast.

So what makes it so thrilling? 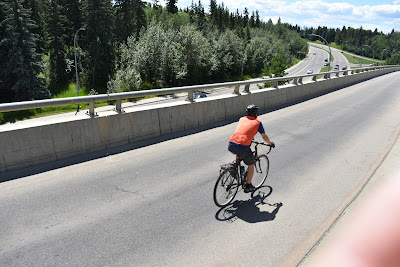 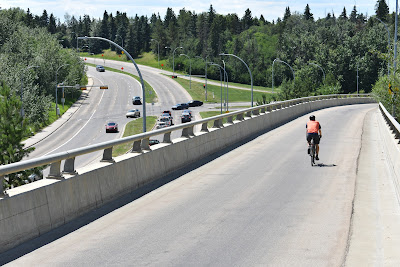 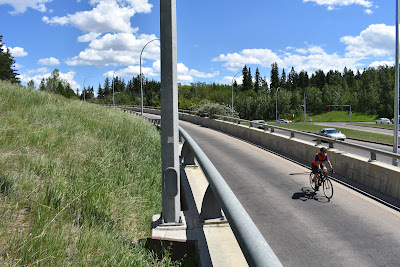 On the flyover, you’re above it all, hidden from the fray of traffic below, for a few seconds swooping down the twisty ramp all by yourself, like in some post-apocalyptic time trial, where all the cars have run out of gas, and the concrete freeways, overpasses, and ramps have become these massive, overbuilt bikeways—grand infrastructure, not for trucks and crossovers, but for survivors who find ways to propel themselves through the world that remains. 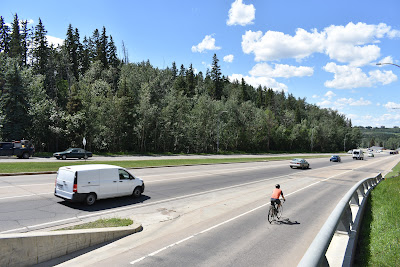