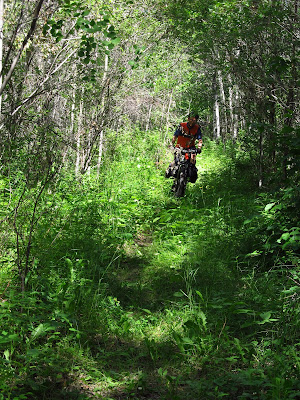 In case you haven’t noticed, I’m a sucker for gravel adventures on obscure historical trails. There’s something about the combination of dust and plaques that I just can’t resist. Our discovery, a few years ago, of the Victoria Trail northeast of Edmonton has been such a hit, that it now features in the annual Dusty 100.

For a while now, I’ve been wondering about the potential of another historical trail just sitting there on my map of Alberta: the Athabasca Landing Trail (ALT). This 100-mile trail links the town of Athabasca, on the Athabasca River, with Fort Saskatchewan, on the North Saskatchewan River. It was a major overland route for fur traders from the mid-1860s until the beginning of the railroad in that area in the 1910s. 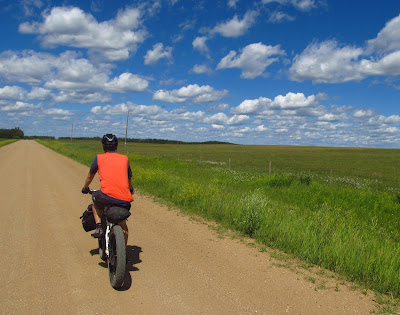 Today, only traces of the original ALT remain, mainly in the form of intermittent squiggly gravel roads running between the two rivers, through forgotten villages like Perryvale, Rochester, and Meanook, once important stopping points en route. But the Athabasca LandingTrail Committee has big plans for reviving the old route into a full-fledged, non-motorized recreational trail that celebrates the history of European settlement in the area. In places, the ALT overlaps with the former Trans Canada Trail, now The Great Trail; other segments, many on private land, may someday be reclaimed as public right of ways, if the ALT Committee gets its way.

I’d ridden a small section of the ALT near Echo Lake a few years back and have been scheming a return ever since. Finally, a few weeks ago, Val and I set out on an overnight exploration of the top half of the trail, which, on the map anyway, is the most intriguing part, as the roads look more like rivers than prairie lines.

We drove up to Clyde with our bikes, parked the car, and then pedaled the 80 km up to Athabasca, following the squiggles on the map; the next day, we rode back, exploring a few variations of the route. We took fat bikes, so we’d be prepared for anything. Our mission was simple: If we saw options to go off road, we’d take ‘em. If we saw plaques, we’d read ‘em. If we met llamas, we'd take pictures of 'em. 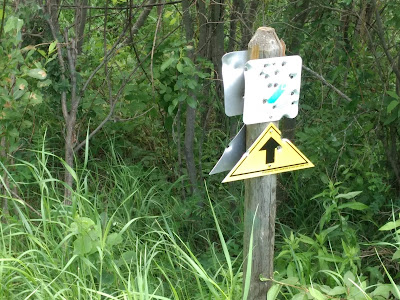 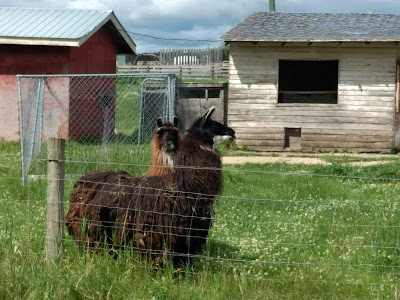 About 10 km north of Clyde, the landscape shifts from pancake flat to rolling hills, the road from straight to meandering, and we know we’re on the old trail. Every 15 km or so there’s a village, or the remains of one, a Tawatinaw or Nestow, where you see evidence of once-thriving communities (sizable community halls, abandoned former post offices) with hardly anyone left living there.

We knew we might have to be mostly self-supported on this adventure. Rochester is the biggest village on the route, and it’s got a thriving general store (the kind with groceries at the front and hardware at the back), some well-kept yards, and a general feeling of not being on its last legs. Our research had told us there might be a store in Perryvale, though it was hard to tell from the internet if the store was still open. Turns out it is, though the place is weirdly empty, except for a curious and sad assortment of grocery items (a single package of yeast, a lone can of stew), a cooler of soft drinks, and a liquor outlet. But the village centre across the street has a lovely dilapidated playground and picnic area with plaques aplenty. It’s my kind of pit stop. 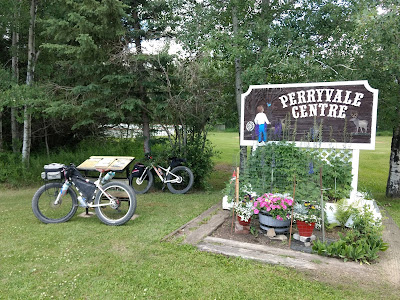 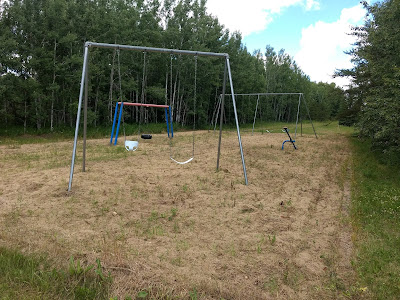 Between Perryvale and Meanook we hop onto the Trans Canada Trail, a dotted line on the map running parallel to the gravel road. It starts out as a wide double-track but gradually deteriorates into an overgrown animal path that required some seriously fun bushwhacking. The fat bikes were a good call. Later, we encounter more trail riding between Colinton and Athabasca, a 12-km stretch of recently completed gravel and dirt that makes for a lovely off road entryway to the townsite.

The riding in these parts is lovely. The roads are quiet and the terrain is surprisingly hilly. Some of the route runs along the valley, beside the Tawatinaw River. In other parts, the roads runs higher up, providing splendid views of the rolling green. I loved how different the geography felt from your regular Edmonton-area flatness. 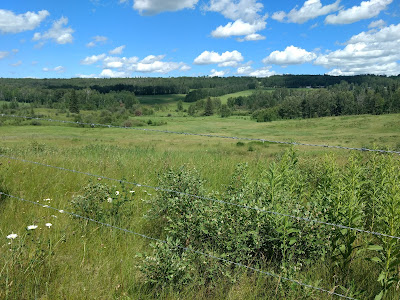 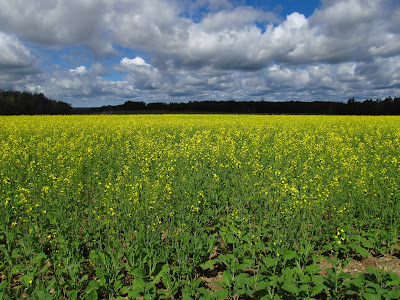 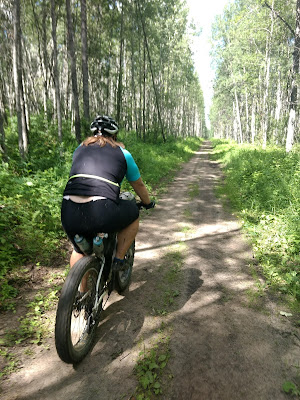 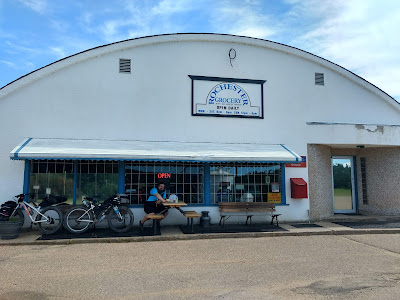 The motto of the town of Athabasca is “Steeped in history, focused on the future.” The first part, I can’t argue with. You can’t swing a beaver without hitting a plaque or some other kind of historical marker explaining the crucial role of the settlement in fur-trading days. But the second part of that motto? I must have missed something. There is a university, true, but it feels separate, up on a hill, buffered by muskeg.

Conspicuously absent from the town motto is any mention of the present. I’m not saying the town council should divert plaque funding or anything, but the place does feel a little dull. The riverfront park area and university grounds are lovely, and the proprietor of the Hillside Motel was kind enough to give our bicycles their very own room, but, in general, Athabasca’s charms are few.

But an adventure like the Athabasca Landing Trail isn’t really about the destination. It’s the ride that makes it—always the ride. And the ALT delivers on that front. In fact, I can imagine it becoming the home of another gravel event someday.

But let’s not get too focused on the future.