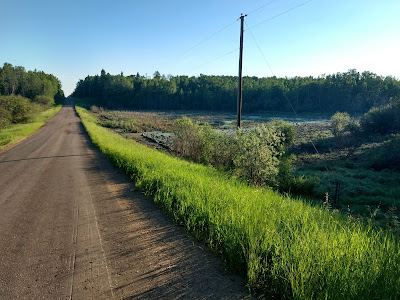 I’m a believer in the 50/50 ride—that is, 50% gravel and 50% pavement. As every gravel rider knows, exploring dirt roads is terrific fun but also hard work. Hours of bumping along washboard, searching for a line in the beach sand can take their toll. So why not mix in some pavement stretches on your gravel route and give yourself a bit of a break? Especially when that strategy allows you to experience the best of both worlds.


Elk Island National Park looked like the perfect place for a half-and-half gambit. There’s a lovely, quiet, winding, paved road running right through the park, and gravel roads running north-south on both the west and east sides outside the park. The western side I know well, but I’d never explored the eastern edge. Here was my plan: Park at the Visitor Centre at the south entrance near the Yellowhead, take gravel Range Road 195 along the eastern border up to the top and the return along the pavement. 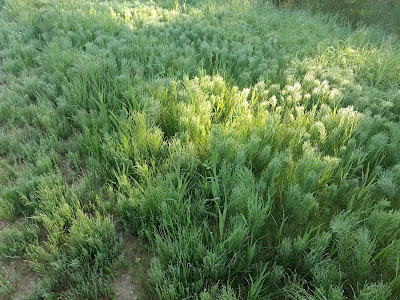 Sure enough, RR 195 is a gem. Although technically outside the fence, it still feels very much like the park. The landscape is all rolling terrain sprinkled with dozens of ponds and mini-lakes, almost every one with the requisite beaver house and waterfowl. 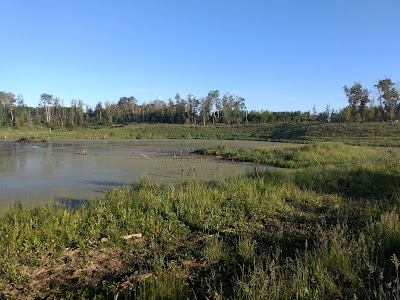 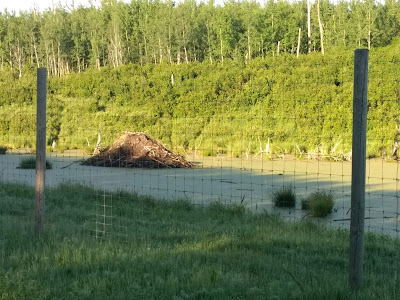 I even saw some actual elk on the other side of the fence, the first elk I’ve ever seen in the park. I’ve heard about the sizable population in recent years, but for all the dozens of times I’ve visited Elk Island, I’d never seen the damn things. In fact, I’ve always thought it strange that the park is named after an elk when the animal most people associate with the place is bison. Bison run free inside the park, and it’s not uncommon to see some standing around like shaggy eratics along the paved road. (And where is this island anyway? The more accurate name for the park would be Bison Lakes, if you ask me.) 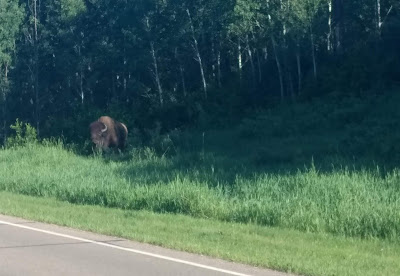 Speaking of bison, I met one. This loner was standing still as a statue just off the road, looking right at me, the only movement its tail swinging back and forth. I pedaled gingerly by, hugging the shoulder on the opposite side of the road. Dude’s head followed me but the rest of his immenseness remained inert.

My 50/50 scheme worked brilliantly. Front half mostly gravel business; second half an asphalt party—call it a mullet ride. I’m not sure why the concept of 50/50 rides hasn’t caught on. Like all hybrids, I suppose, it risks offending purists of both camps. They don’t know what they’re missing.