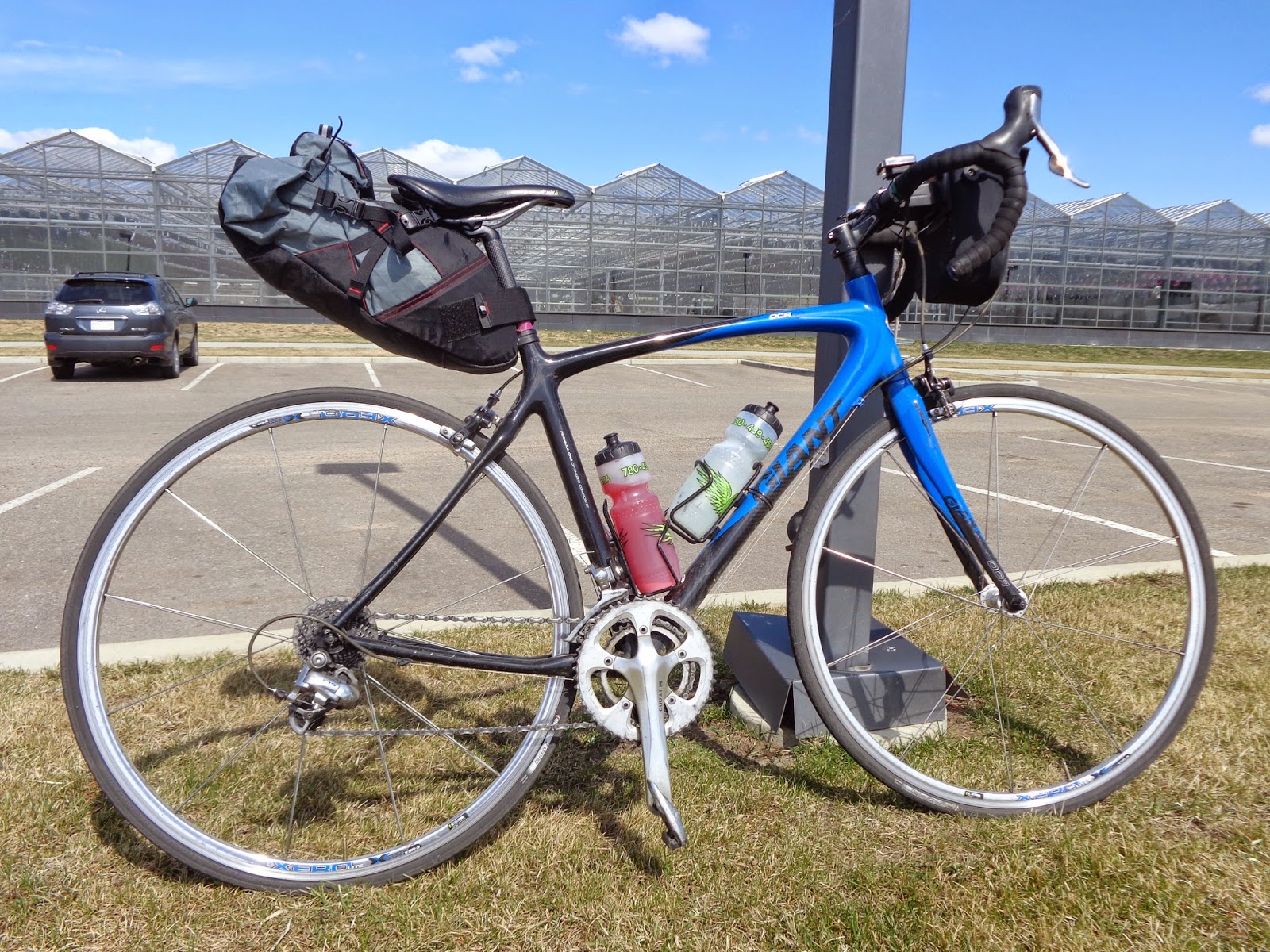 For a while now, I’ve been a man in search of a bag—a commodious seat bag, to be precise. I want something I can attach to my carbon fiber road bike or my fat bike (I want something that is easy to switch back and forth), and which can hold all my rain gear and a couple of other key items essential for long rides. I’m not just looking to stash some squishy little rainshell and a gel pack or two. I want to be able to bring pants, booties, gloves, sweater, etc. My dream bag’s got to have some serious capacity, the potential for some major volume.

So for the past few days I’ve been test-driving a Revelate Viscacha, which I borrowed from Val. (He is a man of many bags. Why? Let’s just say he’s a fellow who takes his on-bike storage seriously.) And I have to say, I like it. It’s a definite contender. 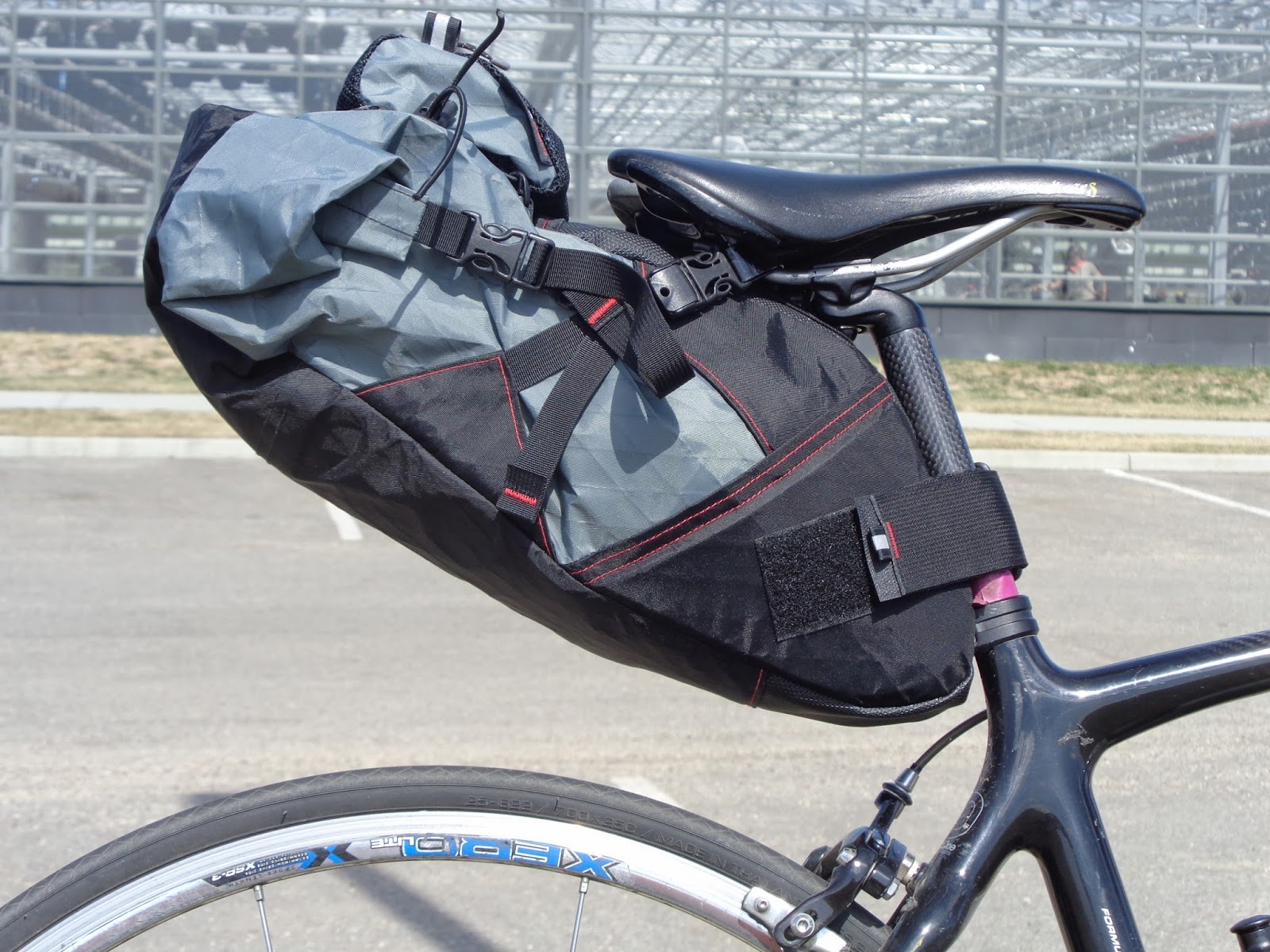 Unlike some respected seat bag systems such as Arkel’s or Carradice’s, which are based on a rigid seat-post support, Revelate’s set up is all soft. It attaches via Velcro (to seat post) and snaps (to saddle rails), the kind you’d find on a tent fly. While this means it can’t bear the same kind of weight those other bags can (forget about packing that magnum of wine), the Viscacha can be used with a carbon fiber seat post. It’s also dead easy to attach—takes about a minute to switch it from one bike to the next.

The most striking feature of the Viscacha is just how damn much it can hold. Revelate describes it as a “big bag for big trips,” with a capacity between 6-14 L. I think of it as octopus-like, capable of being squished into a small ball when need be and fully extended into a magnificent tube sack when it wants to. Here’s what I stuffed in it the first day: rain pants, rain jacket, rain gloves, rain booties, a pump, and a thin wool long sleeve shirt. And that barely made a dent in the long compartment. 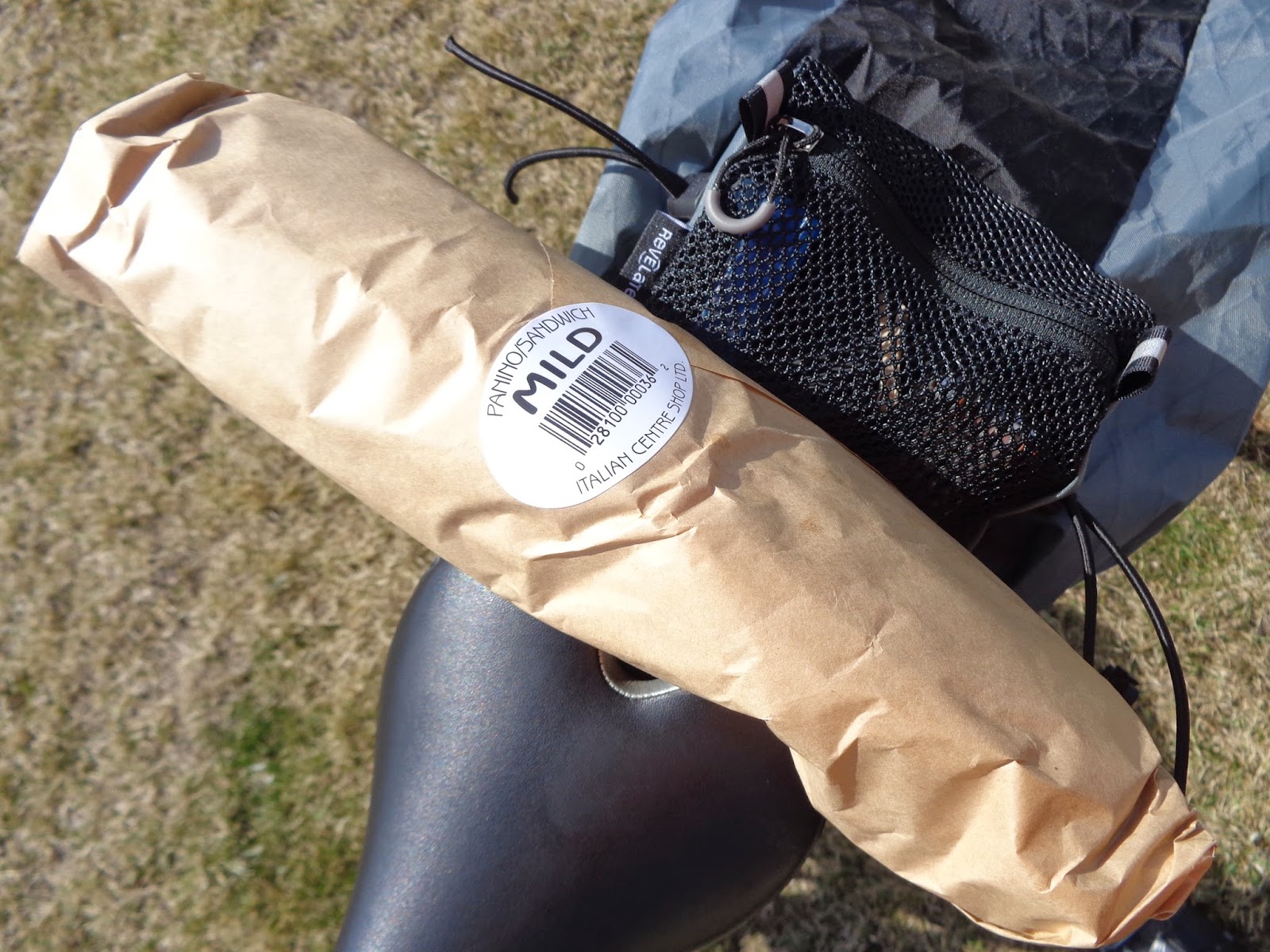 The true test was today’s ride, however. That’s when I added the key item, the deal breaker of my bag criteria: a full-size Panini sandwich from the Italian Centre Shop. The bag I buy has to be able to fit all the rain gear plus one of these big boys. The Viscacha swallowed it up. Honestly, I could have stuffed three of them in the bag and still had room for a family pack of Jet Puff marshmallows.

Is it too big? I wondered, at first. When fully engorged with mortadella and marshmallows, the Viscacha is huge; it juts way off the back of the seat, like some huge inflatable fender. But here’s the thing. When you’re on the bike, the Viscacha is utterly forgettable. I mean that in the best possible way. Given the soft mounting system, you might think the bag would swing around. But you’d be wrong. Cinched up tight, the bag stays neatly in place. Even when stuffed, the bag fits so snugly and aerodynamically behind the seat that I kept forgetting it was back there—the way I sometimes forget about the existence of my own ass. Every now and then I would catch a glimpse of my shadow and remember the bag was on there. 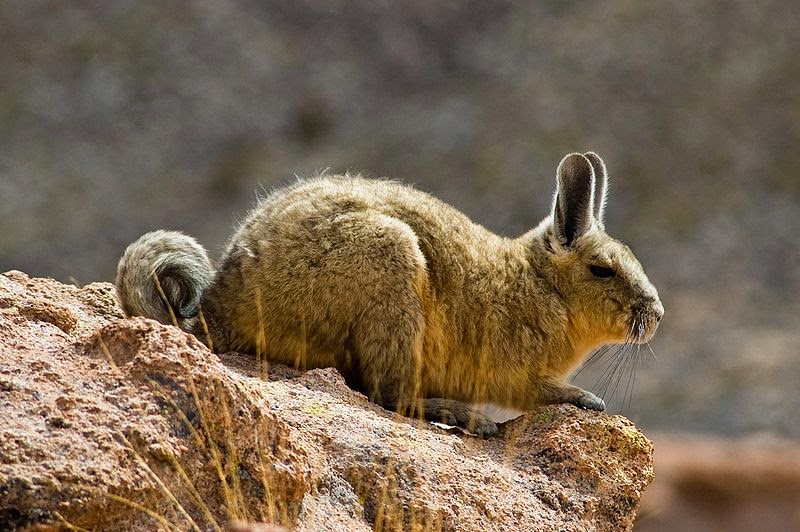 The Viscacha is a serious bag, well designed and capacious.  It may be named after a South American rodent, a sort of long-tailed rabbit (many of which would fit inside one, I’m guessing), but there’s nothing ratty about it. This bag could be the one.