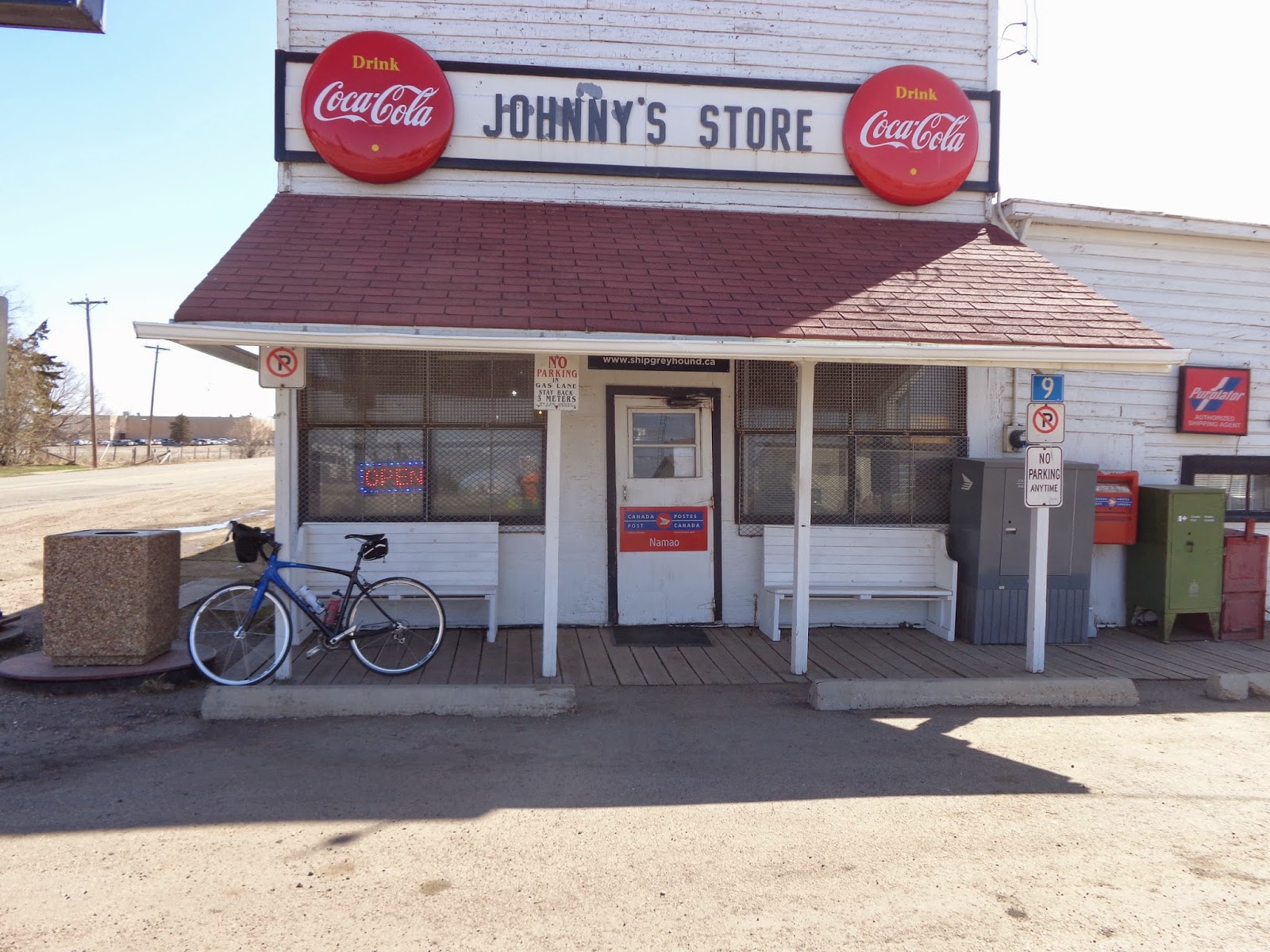 Whenever I roll up to Johnny’s Store in Namao, AB, one of my favorite pit stops on north Edmonton loops, I feel like I should tie—not lock—my bike to one of the old posts out front, the way a cowboy might tie his horse to a shop-front rail in an old western. Johnny’s store is that kind of place.

Walk in the front door, and whoosh, you’re in a different era. Smell the old wooden floor, notice the old-timey advertisements for motor oil and tires, the ancient wooden crates. I’m always reminded of childhood visits to Hargroves’ General Store, across the street from my grandmother’s house. My sister and I would buy Black Cat gum and poke around the toy section, the floorboards creaking underfoot, savoring the smell of sawdust and licorice. 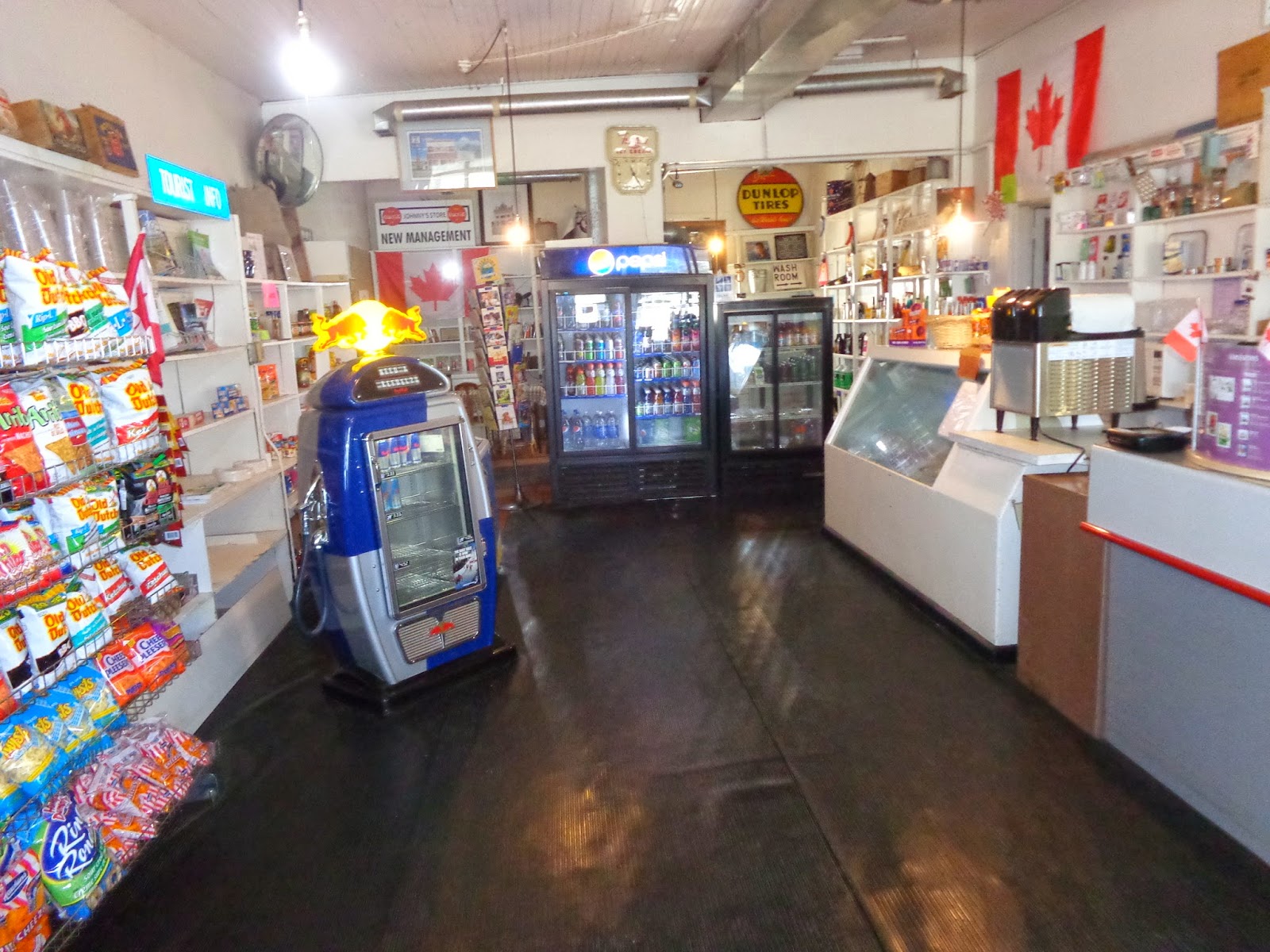 Like Hargroves’ (now long gone), Johnny’s is from a time when stores were small but had a little bit of everything. A 2012 newspaper clipping on the wall, commemorating the 100th anniversary of the store, recalls the days when Johnny’s was the heart of Namao—the social hub and general stopping point for everyone in the area. Edmonton was too far away (no Costcos on the edge of town back then), the roads unreliable, so locals got all they needed at Johnny’s—bolts and screws, wheels of cheese, bullets, six-foot coils of farmer’s sausage. 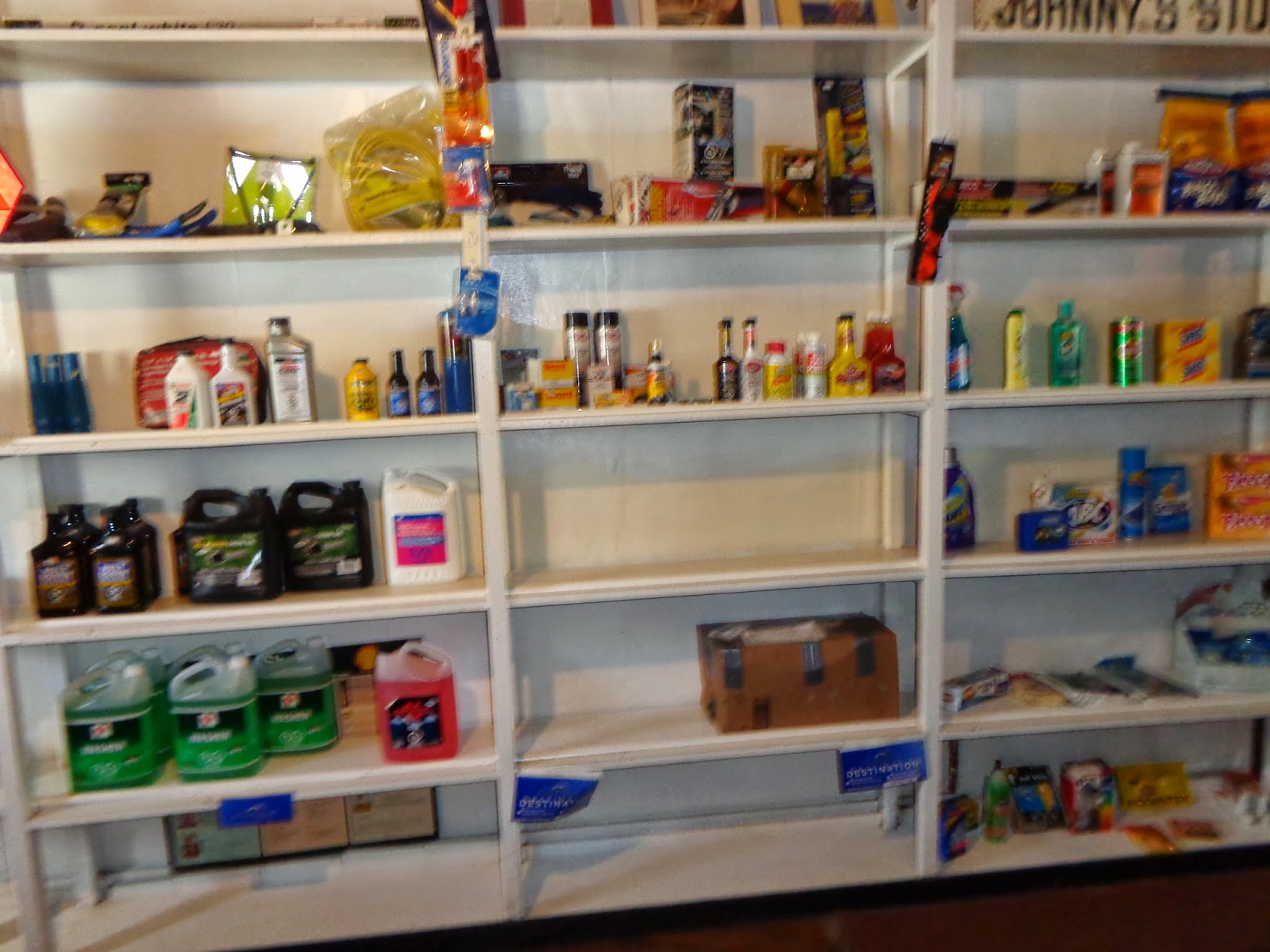 Today the shelves at Johnny’s look so empty compared to the Walmart-Superstore excess that is our norm. The items for sale are displayed individually, it seems, like carefully curated works of art in some mercantile museum. In fact, I briefly wondered if the items were, indeed, for sale at all or just on display. But closer inspection reveals price tags, real food. This is an actual store.

I’m not sure how exactly this place has survived. The gas station must help, as do the post office and Greyhound depots. While maintaining historical integrity for the most part, Johnny’s has made some concessions: there’s an ATM and a small but garish neon OPEN sign that looks just wrong. The newspaper article informs me that Johnny’s has appeared on the big screen—in the movie Fargo, for instance. (Funny to imagine the Coen brothers here. I wonder if they bought anything.) 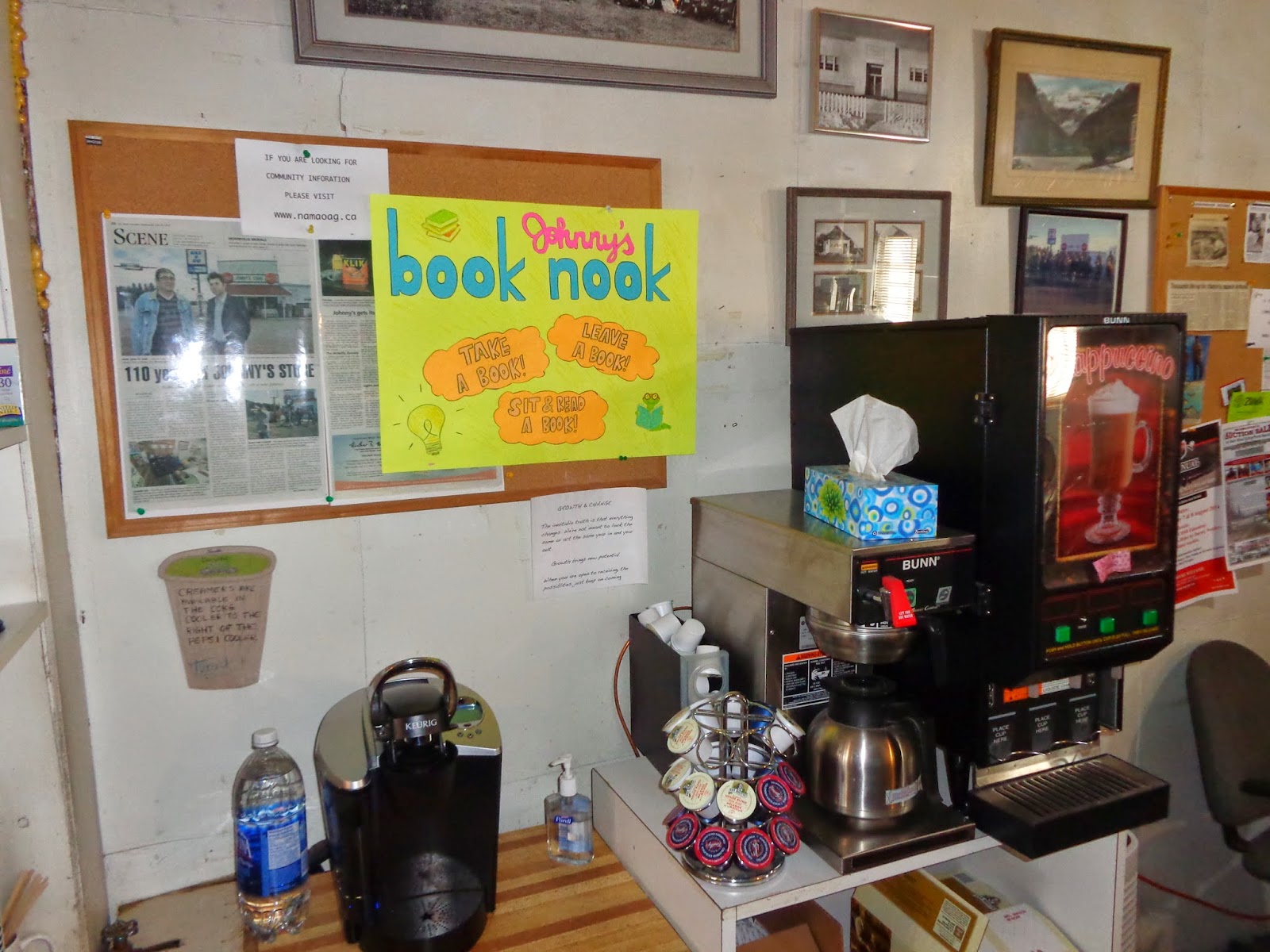 My favorite part of the store is Johnny’s Book Nook in the back corner, a beat up table and chairs, a shelf of second-hand books, a coffee maker that doesn’t work, and a bunch of old photographs on the wall. I’ve never seen anyone partaking of the Nook’s offerings, but I like the idea of it nonetheless. At one time, Johnny’s was the only place in town, and people would have hung out here the way teenagers today coalesce at the mall. It may not happen as often anymore, but the Nook is ready just in case. 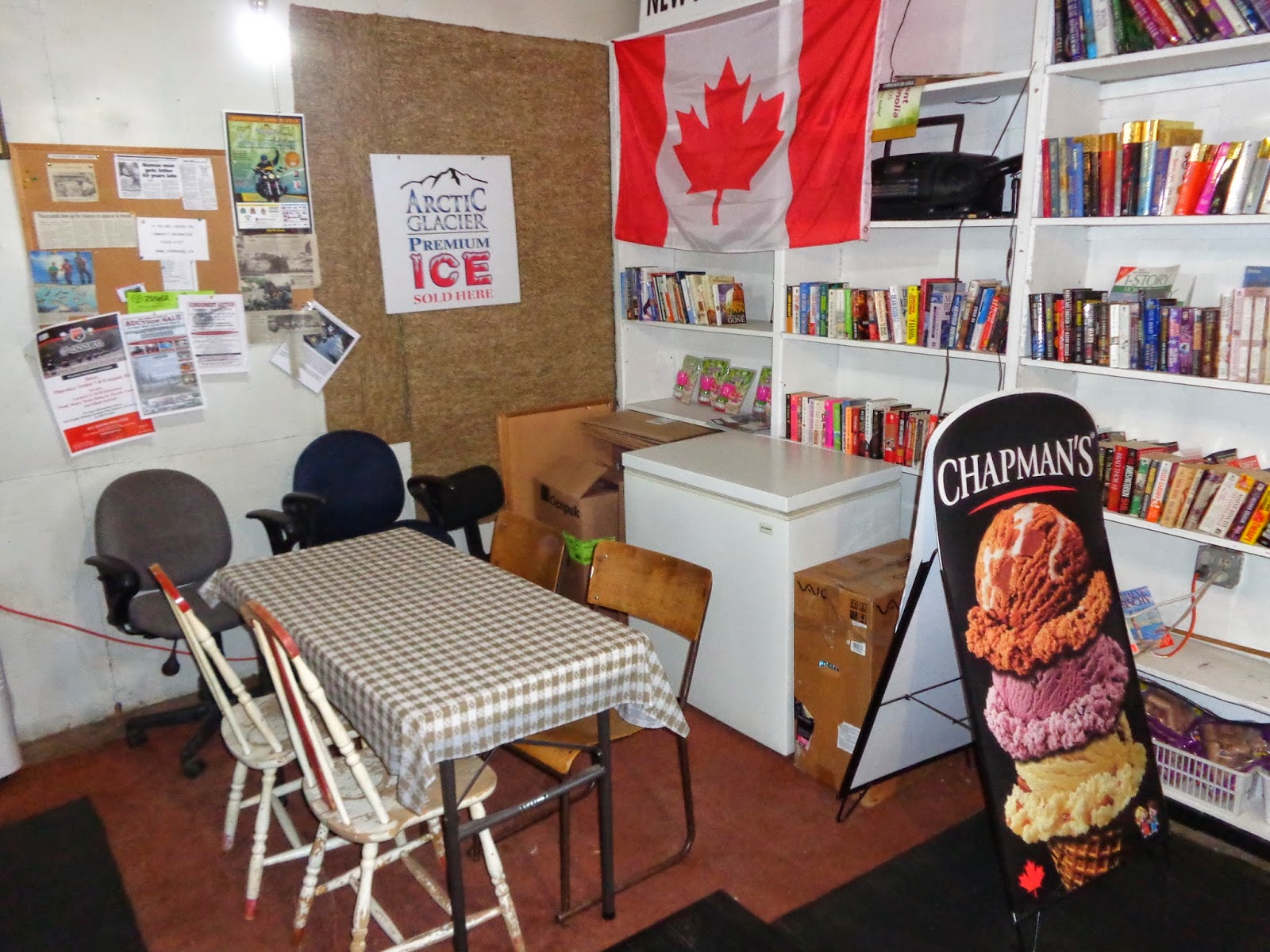 If I’m riding through Namao, I always stop at Johnny’s, even if I don’t go in. I’ll sit on the bench out front, check my blood sugar or my phone, and imagine all the folks who’ve had a sit on these benches over the years, doing pretty much what I’m doing, grabbing a little refreshment and taking a break before heading home.

PS: In a comment below, Vic Day pointed out that I neglected to mention perhaps the most obvious feature of a place called "Johnny's." This was quite an oversight on my part, since the bathroom at the store is, shall we say, memorable. Imagine taking the insides of a portable toilet and then installing them in a hundred-year-old closet: no running water and a single light bulb dangling from a wire. Classy. 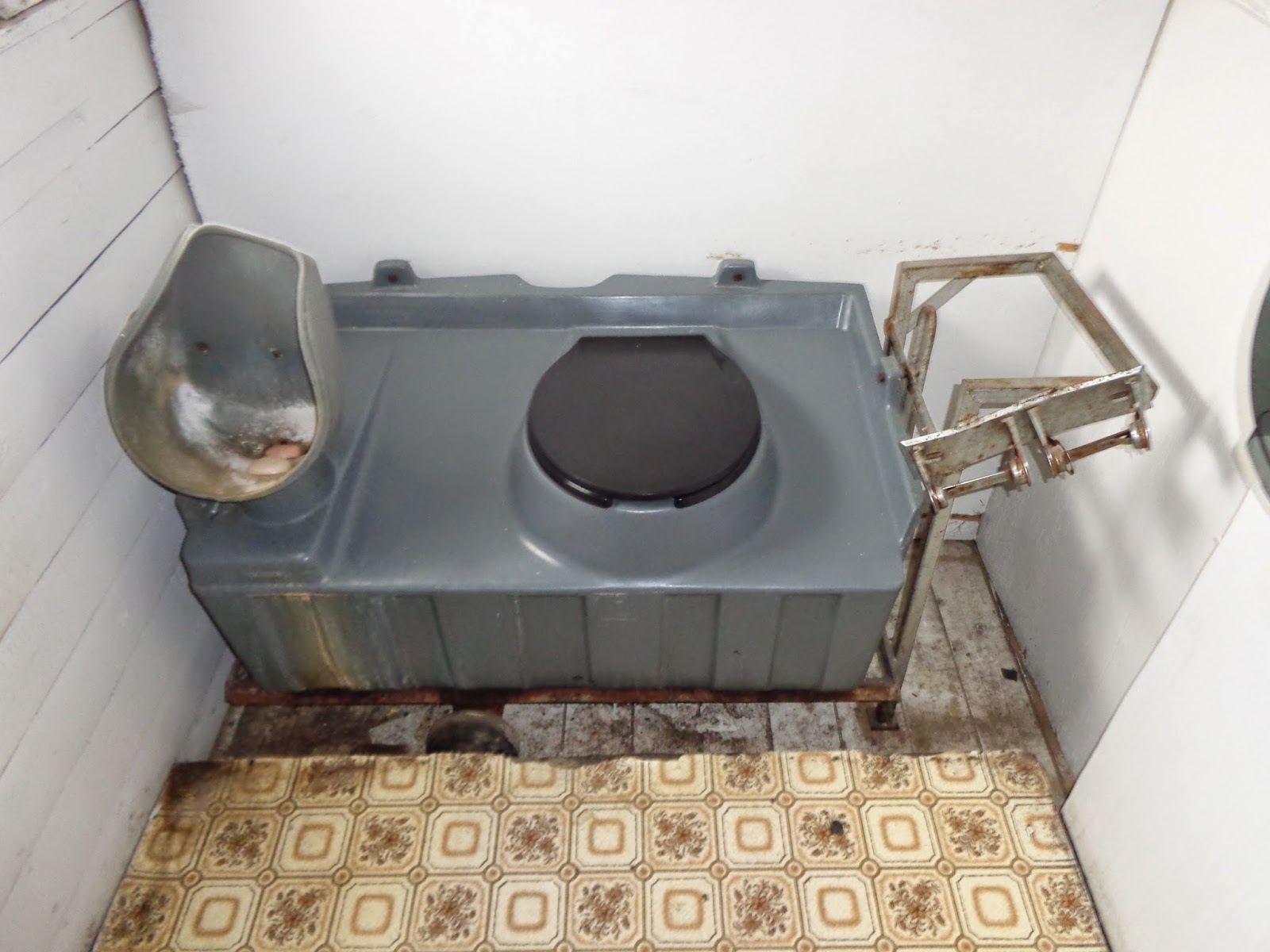 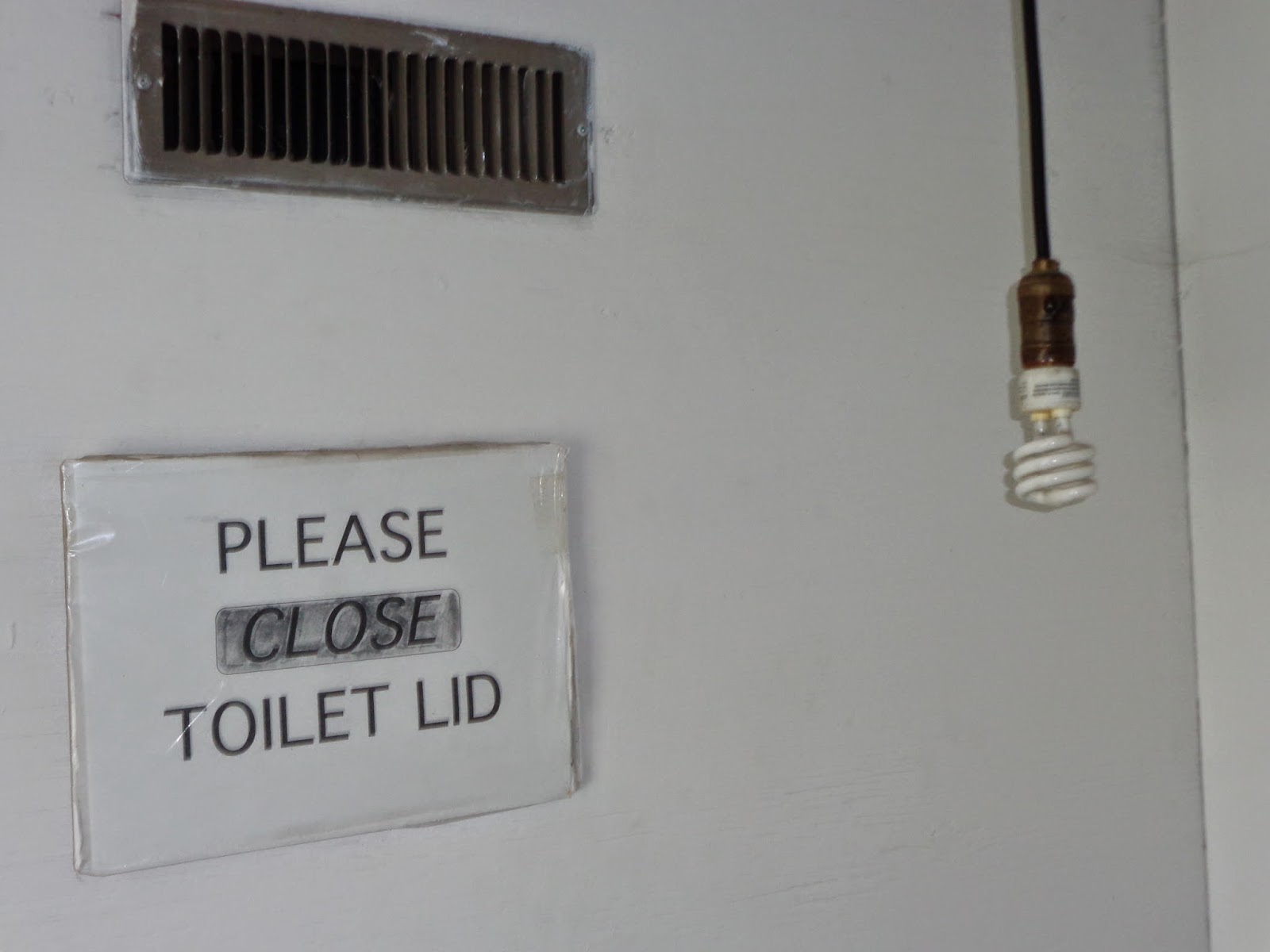