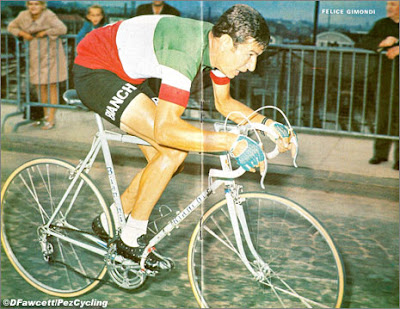 We’re in. It’s official. The Dusty Musette squad is heading over the border. We’ve made the cut for this year’s Cino Heroica, near Kalispell, Montana, on September 7-8. As I explained a few weeks back, the Cino is a cycling event (more than a race) that pays homage to the Euro cycle racers of old, especially the heroes of Italian gravel-road racing from about the 1940s to the 1980s.

Participants must ride an “heroic bike” (pre-1986, steel frame, down-tube shifters, etc.) on some gravel back-roads over the course of two days. There will be heroic provisions: salami, baguettes, cigarettes, wine, and hot springs. Riders are also encouraged to dress in heroic fashion, a la Gino Bartali, Fausto Coppi, and Eddy Merckx.


I’m pumped, sure, but I know I have to get ready. The Cino is not the kind of race one can just show up for. A certain amount of careful preparation—even research—is required. Two main questions have to be answered: 1) What heroic bike to ride? 2) What heroic garb to wear? For me, the bicycle part is easy. My 1983 Bianchi has been waiting 30 years for this mission. Sure, I may have to spruce it up a bit, but its chrome forks are pretty much ready to roll. 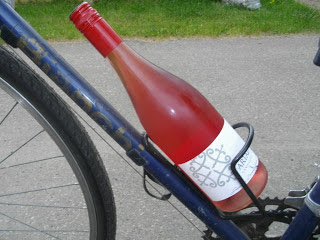 The clothing question, however, is more of a challenge. What constitutes heroic cycling apparel? What exactly is Cino chic? This is where the true race strategy will shake down. I’ve been studying old photographs from the Giro d’Italia, trying to discern the key ingredients of an heroic costume. A few obvious features stand out: wool jersey, white socks, Brylcream or some other hair gel, aviator-style goggles for the dusty roads, perhaps a leather hairnet helmet, as a nod to the 1970s.

But maybe there are some smaller, less obvious accent items. I’m thinking a large cross on a necklace would be a nice touch. (A small gesture in honor of the good Catholic, Bartali, who favored the Pope over Mussolini.) Or some pill bottles of amphetamines for the back pocket. A home-made catheter device for producing someone else`s urine sample. Maybe even a dusty old musette.

I wonder, though if there isn’t a quite separate cycling aesthetic that could be considered for Cino accoutrements. I’m thinking of nineteenth-century cycling vestments, such as tweed jackets, military-style caps, white flannel shirts, moustache wax, pipes, and, of course, tiny bugles. True, this is going back much farther than the era the Cino is meant to pay tribute to, but if we’re talking about honoring heroic cycling exploits from days of yore (and truly heroic bicycles), then it seems to me that invoking the fashions of the late 1800s maintains the spirit of the Cino mission, if not the letter. 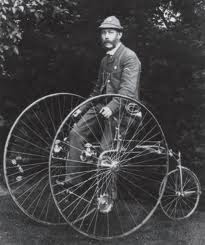 My current plan is to cobble together some kind of hybrid get-up, one that combines elements of both of these heroic aesthetics, a sort of steampunk-meets-Milan-San Remo-1981. I kind of like the idea of slinging a bugle over my shoulder, lighting up a bowl of Captain Black, throwing on a woollen Italian racing tunic, and hitting the gravel of Montana.
Posted by Jasper Gates at 6:39 PM