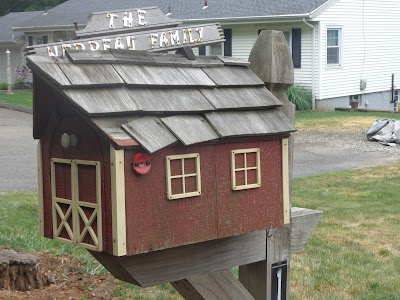 Within minutes I am lost in Connecticut, the land of quaint mailboxes and plentiful roadkill. I had set out north from New Haven, prepared, or so I thought, with a cue sheet (yalecycling.org) and an area cycling map (courtesy of College Street Cycles). But it turns out that prairie living has dulled my navigational instincts. I’ve dwelled for so long inside orderly grids, a right-angled universe, that Connecticut quite literally threw me for a loop. The roads here are neither straight nor orderly—they criss-cross, circle back, wind around, shift identities.


It doesn’t help that so many intersections lack road signs of any kind. It quickly becomes clear that my cue sheet is meant to be used in conjunction with google maps or some other GPS device. On their own, the cues are often kind of useless. Seeing a road sign—any sign at all—becomes cause for celebration; occasionally I even find a corresponding road on my map and briefly know where I am. Mostly, though, I rely on the good old outernet—that is, asking actual people, out mowing their lawns or walking their dogs, where I am. It works pretty well. 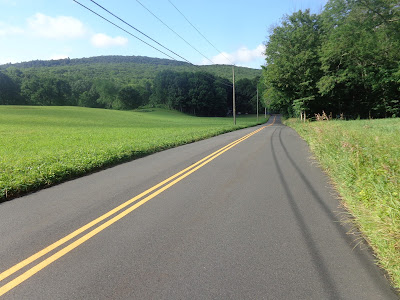 Lovely road in rural Connecticut. I have no idea what it's called.

And when you’re lucky enough to encounter actual road signs, they don’t always help. Connecticut roads seem to have something of an identity crisis. One Sybillic road might have three or four different names: Davenport becomes York becomes Ashmun, as it courses across a town. Not only that, the same handful of names get re-purposed again and again, sometimes multiple times in the same city. I swear I saw three different Bishop Streets in New Haven, none of them remotely connected.

Connecticut, I discover later, is known for its eccentric road names—Sensible Spoonville Road, Bread and Milk Street, New Old Apple Orchard Lane, Skunk Misery Road. I’m sure there’s a good story behind each of these.

As I pass the same mailbox and squashed (and, safe to say, miserable) skunk for the third time, pretty sure I’ve just gone in a big (unintentional) circle, it occurs to me that maybe I’m thinking about this all wrong. Connecticut’s road signs aren’t really about helping wayfarers know where they are. They are not cartography. They’re poetry. 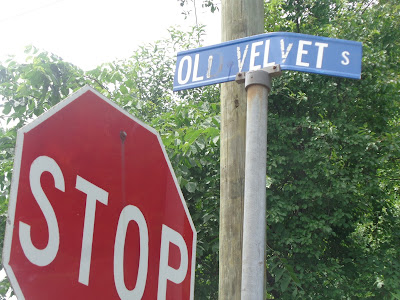