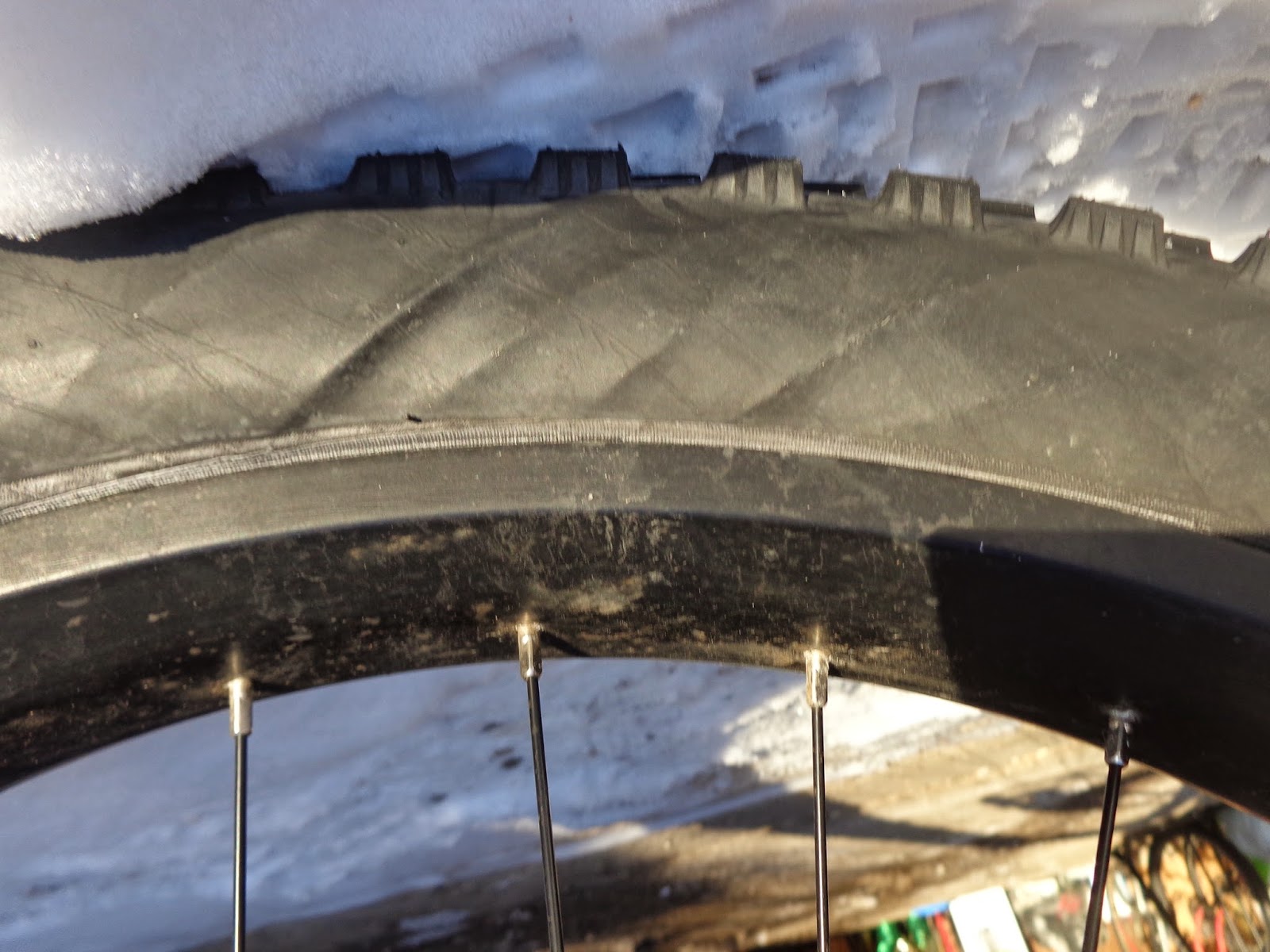 Val keeps telling me to let air out of my fat bike tires. While I’m still pretty new to the fat bike, Val’s been riding his longer and follows what fat bikers say on the forums. He says that the serious fat bikers all claim that playing around with tire pressure is key to maximizing the fat bike experience.

On an intellectual level, sure, I understand how this works. Lower air pressure increases the surface area of the tire, providing better traction in soft conditions like, say, snow. I get the science of it. But the long-time roadie in me still has trouble letting air out of those valves. I’m so used to riding on hard tires and associating low tire pressure with inefficiency that I’m having difficulty adjusting to this new way of thinking. I know I should try it but I haven’t much.

Twice in the past week, however, I’ve gone out for rides with an eye to taking up Val’s advice. The first time it was the morning after a 15 cm snowfall, so I deflated a bit and then deflated a bit more, a bit more, and even a bit more, until I could really feel the softness—nay the squishiness—of the tires. In fact, I could hear the scrunchiness, the sides of the tires folding and unfolding as I rode. And it really did make a huge difference—as in the difference between being able to ride and not being able to ride. I was moving slowly through the deep powder but it didn’t matter. I was happy to be able to pedal through the snow at all. A couple of snow-shoers in Laurier Park did the best kind of double-take when they saw me roll past.

The second ride, however, wasn’t so much fun. By then, the snow had been packed down, melted, and re-frozen, so I put some of the air back in the tires. I kept them softish, though, to see if this would help with the icy conditions. (My bike is still studless.) And it did, at least on the uphills. I could feel the improved traction, even on ice. The problem was everywhere not uphill. I felt like I was riding through quicksand. The flaccid, crumpling side-walls of my fat tires looked and felt pathetic, unmanly somehow. I huffed and puffed and seemed to be getting nowhere. It was work, the bad kind. And I found myself wondering, Is this worth it?

My problem, I think, is that I can’t help but think of fat biking as a form of cycling. And often it is. But when it comes to riding in serious snow or other extreme conditions, that way of thinking might be a mistake. As I pedalled along, it was hard not to think of how fast I would be going over this terrain if it were clear and I were on a skinnier bike with fully inflated tires. This, I realize, is a ridiculous way to think about it—the snow is there, and no other bike would even work on it. Of course fat biking is going to be slow. Look at the damn bike!

Maybe the trick is to think of fat biking in snow not so much as a form of cycling as a form of not-walking. When I think of it that way, my slow, sweaty crawl on under-inflated tires doesn’t feel so futile. At least I wasn’t on show shoes.
Posted by Jasper Gates at 10:17 PM