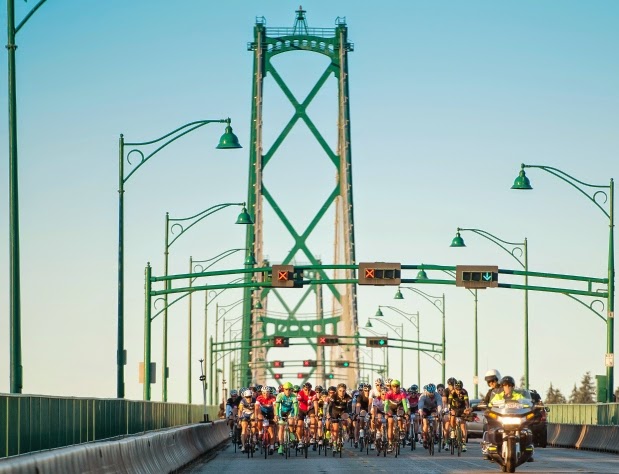 This isn’t easy for me to admit but the Whistler Gran Fondo (WGF) may just be worth it after all.

A few months back, when I signed up for this event, I wrote here about how I had to hold my nose when clicking “Purchase” on the Gran Fondo registration website. The fee was a whopping  $270 for a one-day ride and that didn’t even include transportation back to Vancouver from Whistler. (That shuttle ride set me back another $85.) I was skeptical yet willing to give it a shot, mainly because of the rare chance to ride my bike along the stunning Sea-to-Sky Highway.


Well, the WGF took place September 6, and looking back now with a couple of weeks to reflect on the whole experience, I have to say it was a gold-star event from start to finish and quite possibly worth every penny.

I knew the scenery was going to be terrific, but what surprised me was how well-organized and seamless the whole massive event felt. It was close to flawless. From the hilarious announcer guy to the choice of inspirational tunes at the start to the pulled pork on a bun at Celebration Plaza to the shuttle bus and bike drop off and pick up—the WGF folks have got it figured out, down to the finest details. It was remarkably smooth for an event involving over 4000 cyclists.

The route was impressive, from the start in Stanley Park to the finish in the heart of Whistler Village. The race promo material promised a lane for cyclists and we got that and more. In the early sections, in fact, cyclists had one entire direction of highway 99, so essentially two plus lanes to ourselves. Taking one whole side of the Lions Gate bridge was cool, especially as we looked east at the sun coming up over the river. 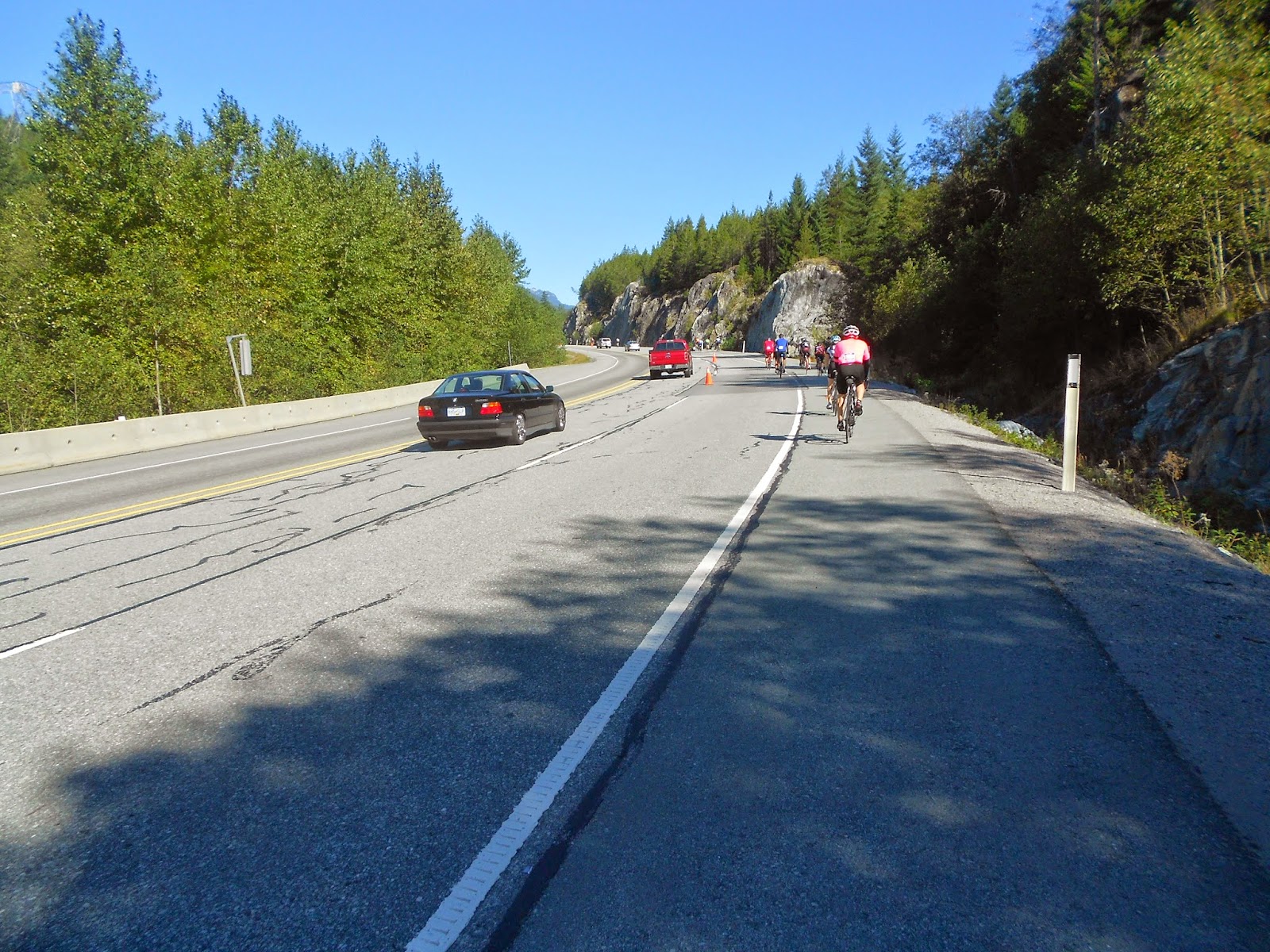 Eventually the cycling route did narrow down to one lane but there was almost always plenty of room. The roads were immaculate, really; I don’t recall seeing so much as a pebble on the surface we rode on. (Though there were plenty of dropped gloves, gel packs, and water bottles to navigate around.) The 122-km route is challenging, but it’s not a killer. The second half features a lot climbing, but it’s not as relentless as the profile map makes it look.

The rest and pit stops featured all the usual fuels and snackettes you’d expect at an event like this—coffee, pretzels, bananas, electrolytes. Val didn’t get his Oreos—a staple of any cycling event in his books—but there were other treats to be had, including a guerilla bacon station. Some dude at the roadside was holding out what looked to me like a dead mouse. It was only after I’d passed him that I realized he was offering me a cooked slice of the good stuff.

Even more surprising than the bacon was all the cow bell. Lots of spectators, no doubt many of them family and friends of riders, cheered us on, and cowbell seems to be the motivational instrument of choice on the West Coast. (I haven’t heard that much cow bell since I went to a Blue Oyster Cult concert.)

Sure, there were a couple of negative moments at the WGF: The one douche bag who got mad at me for riding side-by-side as I visited with Cousin Larry; the disgusting Vega gel packs at the rest stops; the one weird section of road where grooved pavement and curious pylon placement create some dodgy conditions; the absurdly loud music at Celebration Plaza. But these are niggling details.

In Whistler, after we’d checked our bikes and checked into our hotel, we did what we always do after a big ride: go for nachos and beer. But the surroundings that day were a step up on our usual digs at Original Joe’s. On the patio at the Garibaldi Lift Company, surrounded by the glories of the coastal range, we watched daredevil mountain bikers bomb down the mountain as we traded stories of our glorious ride and raised our glasses.

At that moment, I thought to myself: the $350 may actually be a bargain.