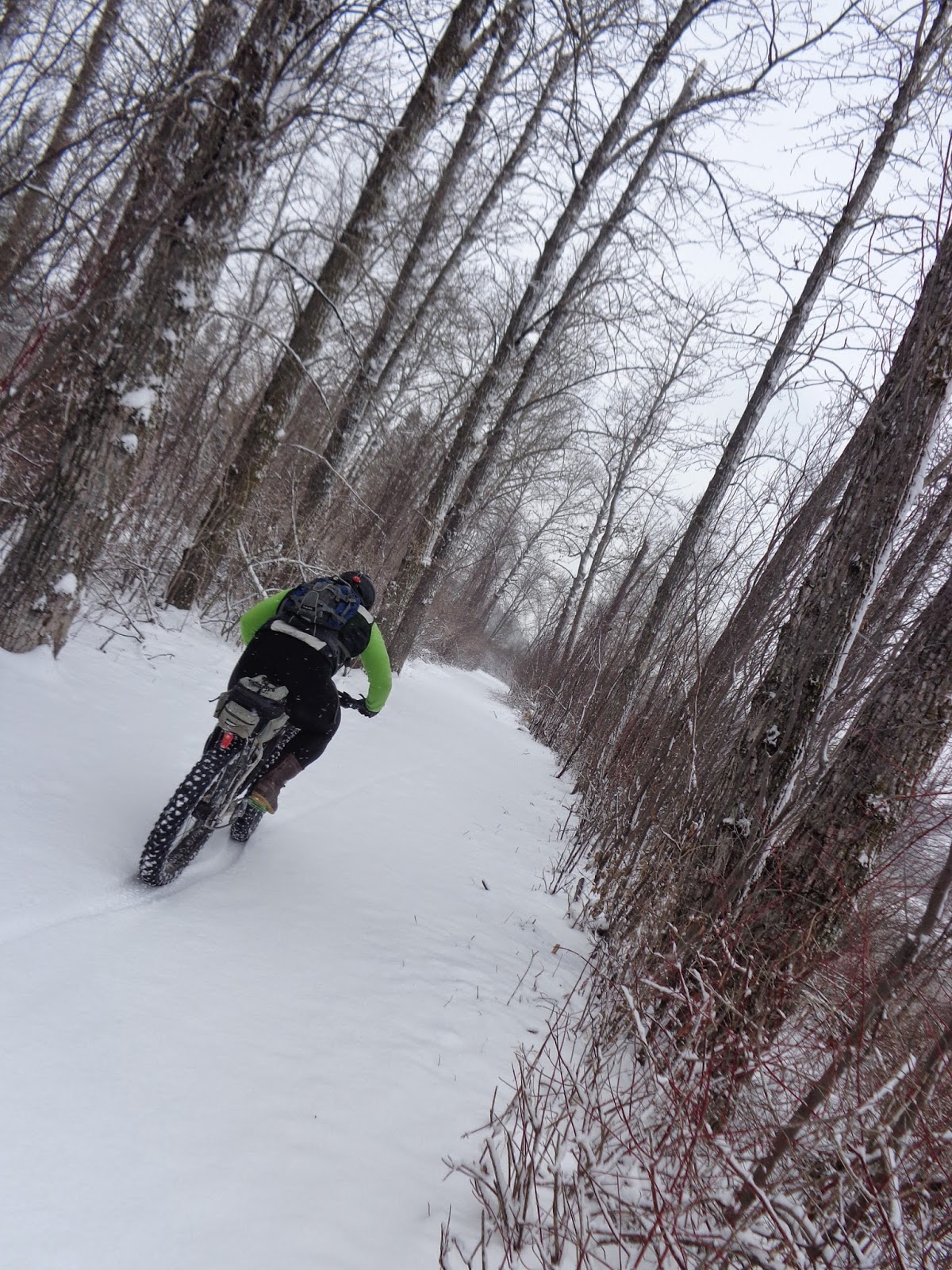 I always associate Good Friday with the beginning of the road cycling season. It’s a holiday and spring time—who wouldn’t try to get out for a ride on Edmonton’s post-glacial roads? But last night I was bummed. The forecast called for 5 cm of snow overnight with a chance of freezing rain. Road-riding was definitely out. That’s when I remembered: Hey, I own a fat bike! Thank you, Jesus!

April snowfalls happen around here, like it or not, and while they can be depressing, especially to those who are desperate for spring, I’ve learned not to let them get me down. April snow never sticks around for long; it’s got no legs. So instead of cursing the white stuff, I decided to embrace it. I texted Val and proposed we head out for an early morning Good Friday fat bike spin.

The view out over the river valley was lovely--once you get past the whole April thing. 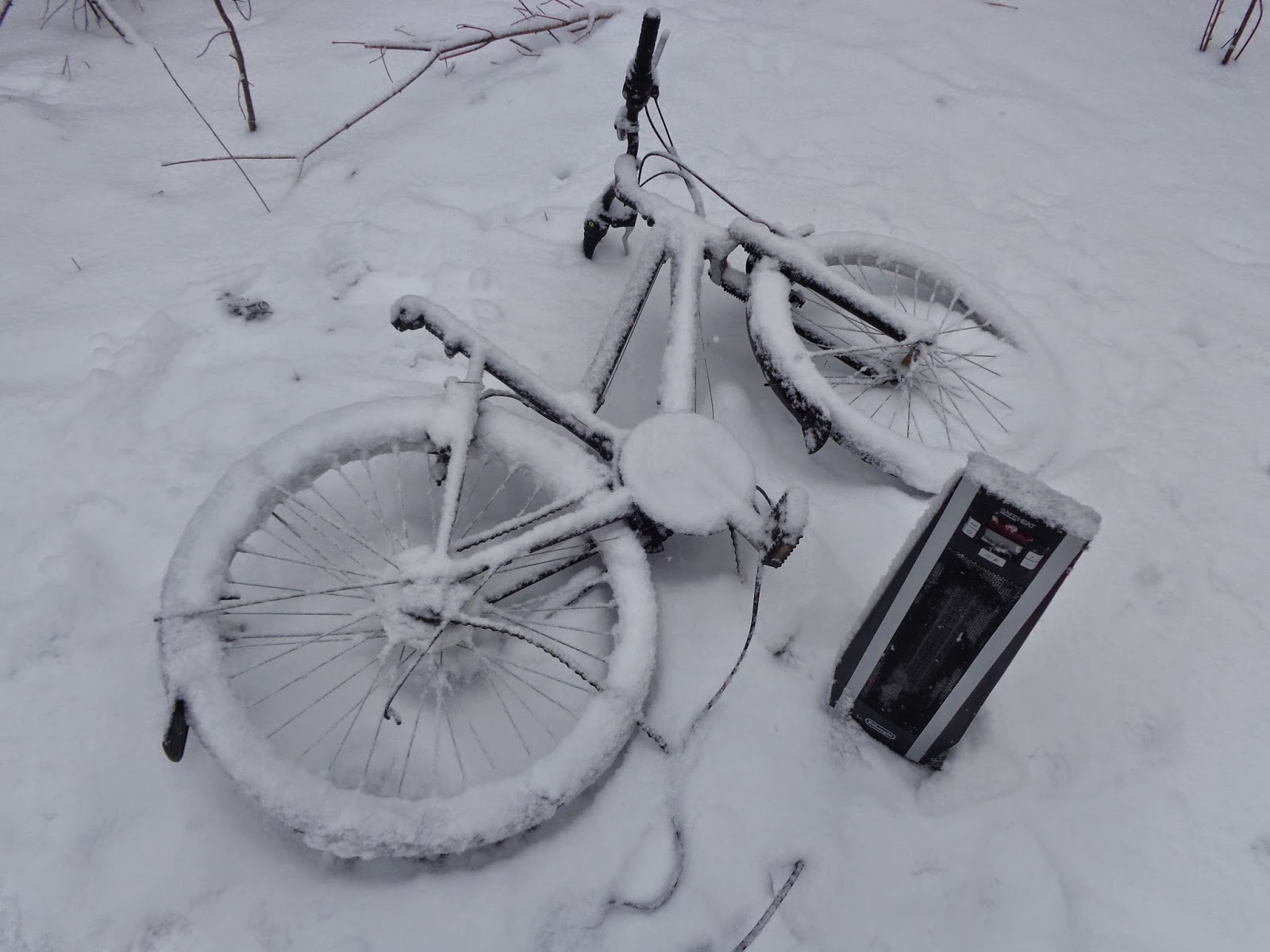 Abandoned bicycle in Victoria Park. It looks so forlorn. Did it die for our sins? 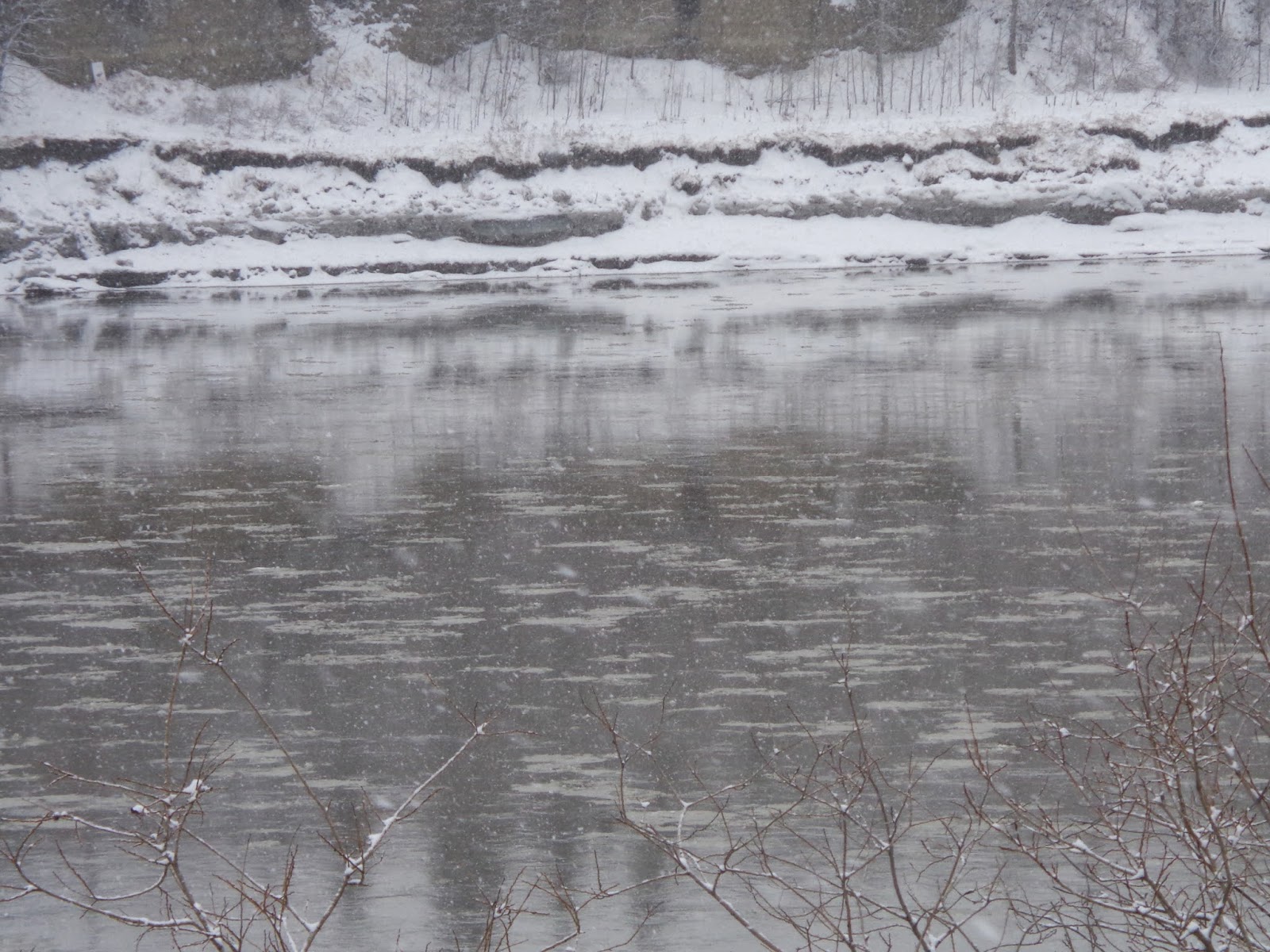 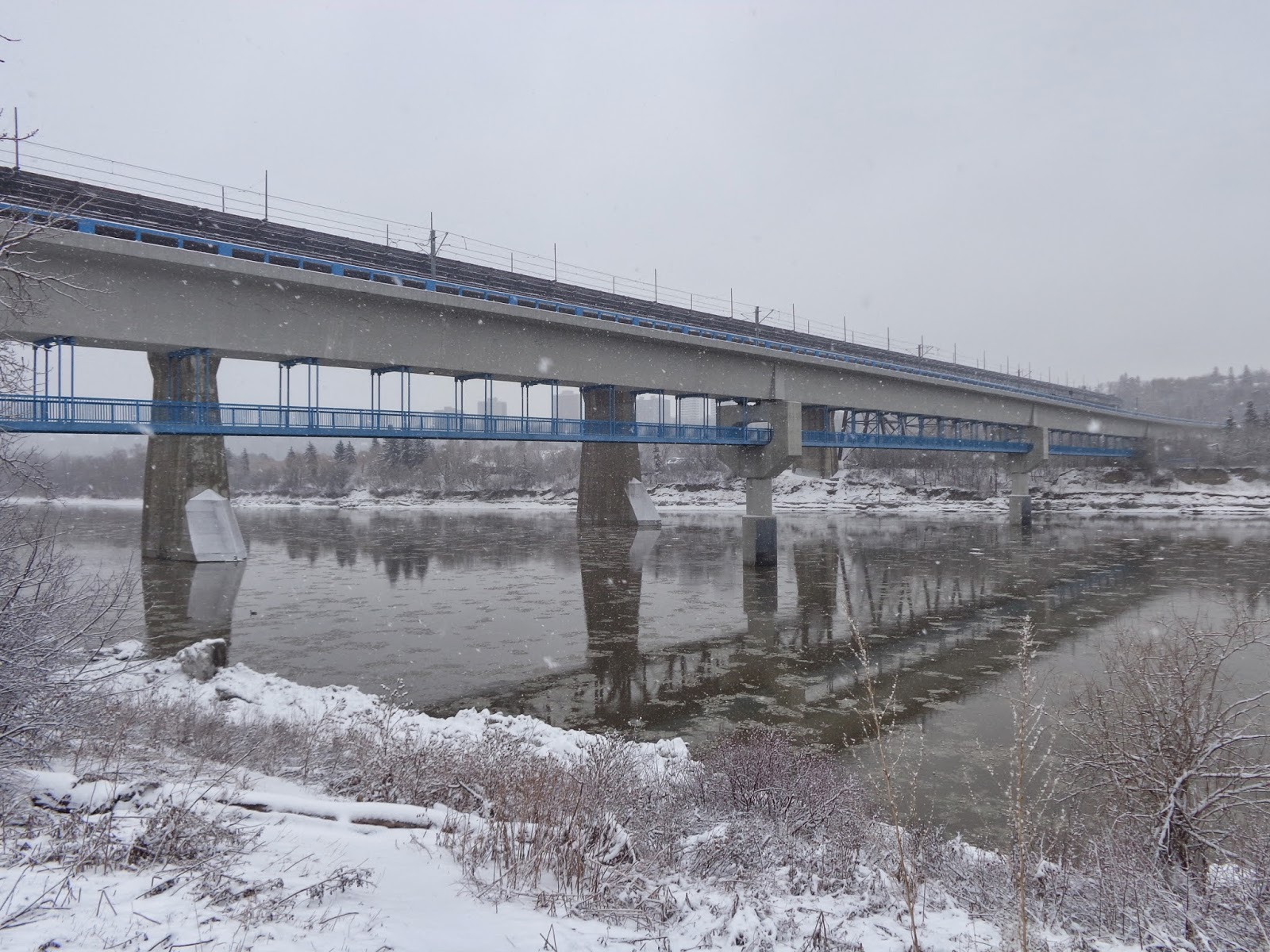 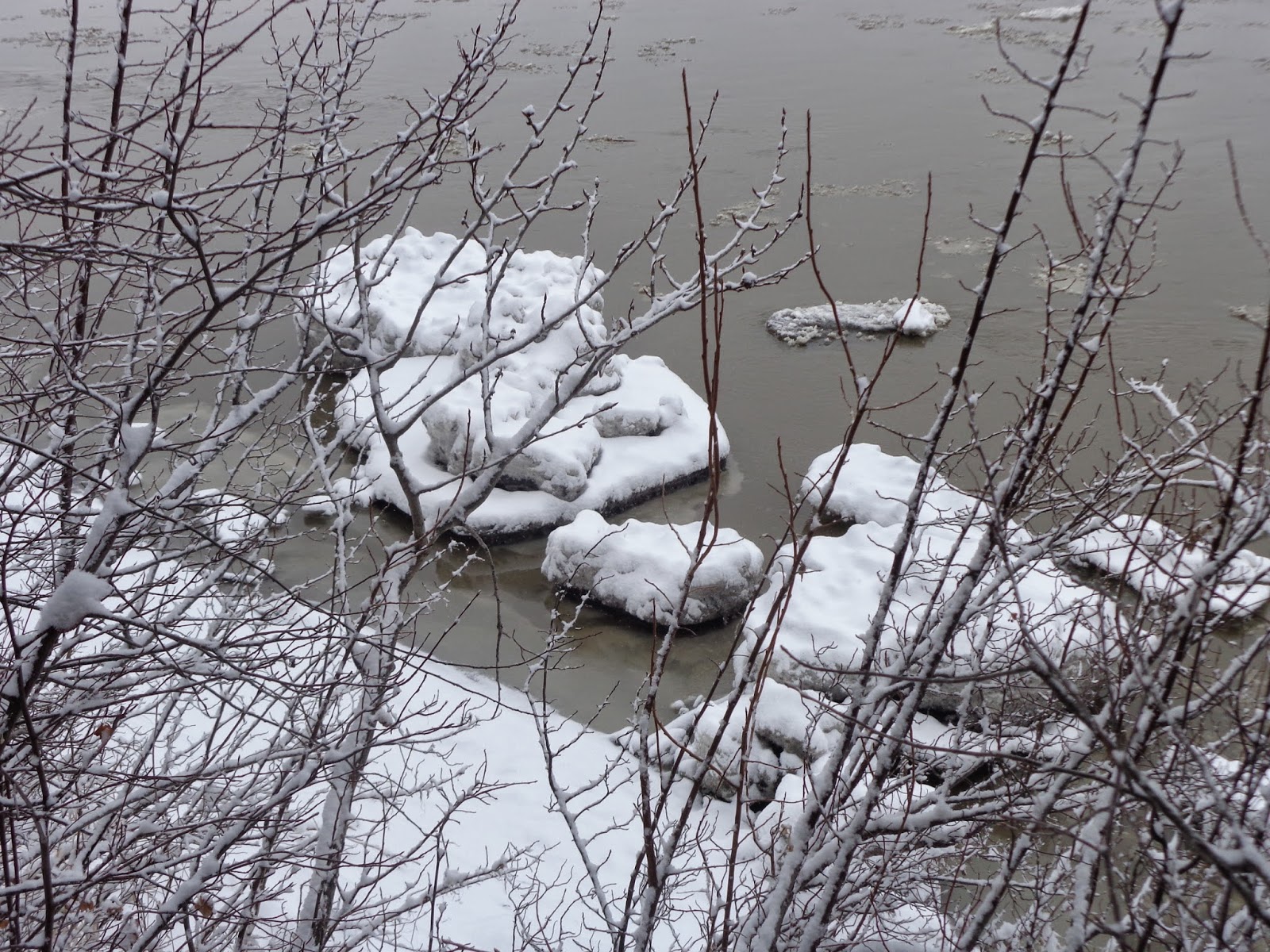 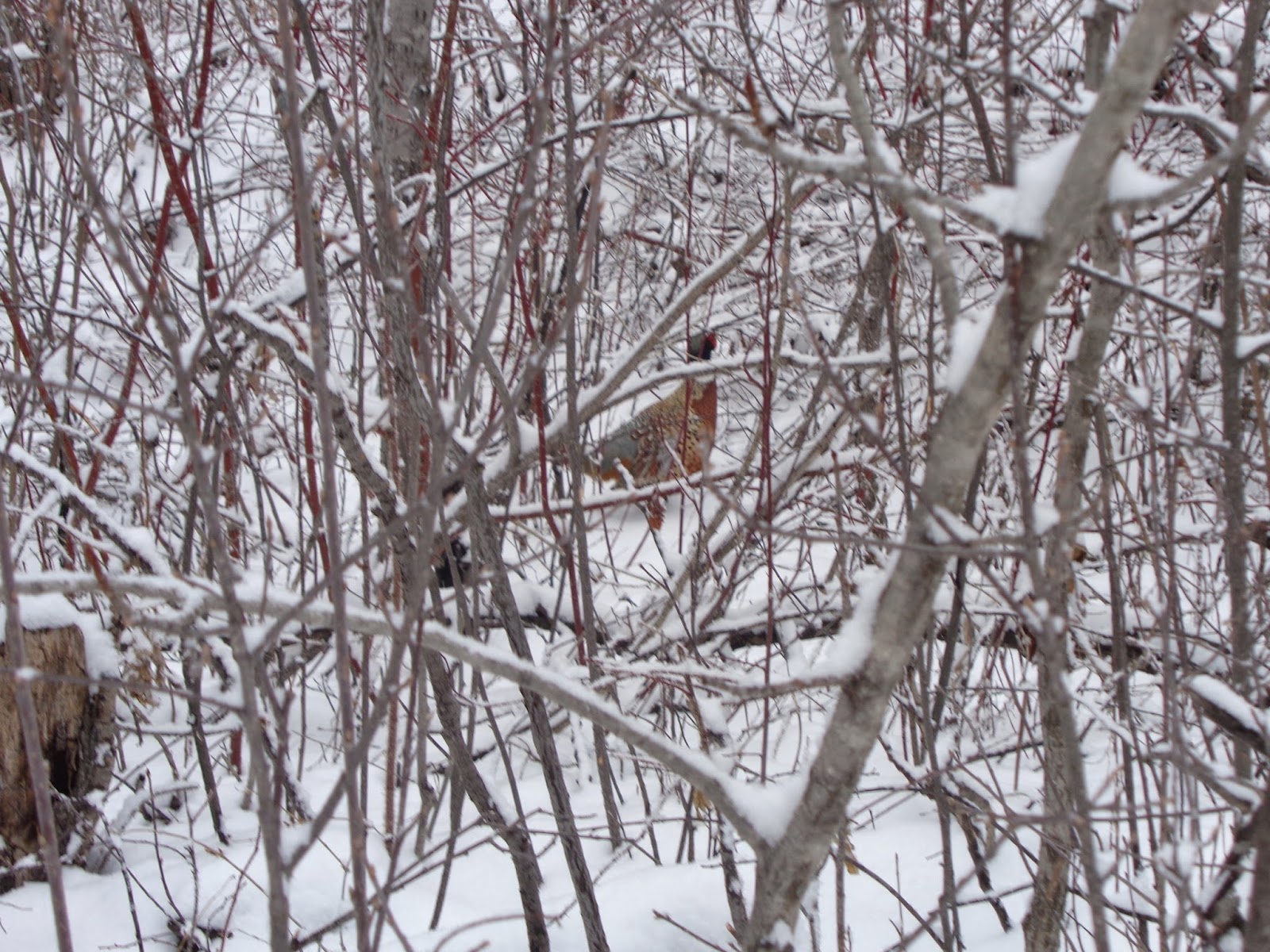 We enjoyed a pheasanty escort along part of the Hawrelak horse trails. Geez, that was a dumb bird. Beautiful, but dumb.

And then coffee, and home to hot cross buns. Good Friday? That’s an understatement.