Tour of the Anatomy 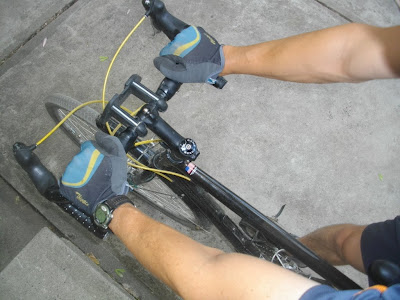 Check out my skinny cyclist arms.

Hard to believe these belong to a 46-year-old man, I know. Over the years, friends and strangers alike have observed that I’ve got the forearms of a 12-year-old girl, the wrists of a child. Finding a manly watchband that fits has always been a challenge. I admit that for several years I actually wore a lady’s Timex, its little pink button sending out unintended signals, because it was the only watch I could find —apart from kids’ watches—that fit me. Most men’s watches, with their over-sized faces, look absurd on me.


Next to guys with burly, lumberjack wrists, I have always felt my arms must look delicate, fragile, vaguely feminine.  (In fact, I have broken each wrist once, though not on the bike. Maybe they are fragile.) Having the arms of a stick insect can make a grown fella feel a bit self-conscious about his perceived manliness.

Except when cycling. In the cycling world, skinny arms are not only tolerated, they are the norm—admired even. Watching the Tour de France, I see dozens of grown men, elite athletes all, whose arms are even skinnier than mine. Get a load of Dan Martin’s rail-thin limbs or Andy Schleck’s Tinker Toy limbs or Chris Froome’s Peewee-Herman pipes. I think I could take Alberto Contador in an arm wrestling match. It would be close.

I recall the first time I watched professional cycling on television years ago. It was like stumbling upon a tribe of strange natives who look like . . . me—at least in this one respect. My point is that in the cycling world, my arms fit right in. They’re not weak or girlish; they’re sinewy, svelte, built for climbing and aerodynamics and speed.

Every July, when I see Tour cyclists on TV, I get to feel pretty good about my skinny cyclist arms, if only for three weeks or so.
Posted by Jasper Gates at 1:53 PM