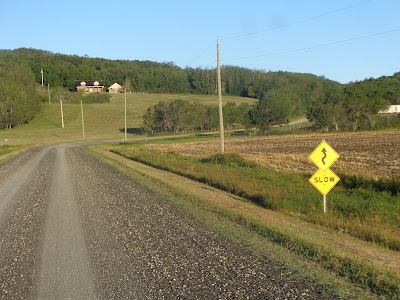 I feel the air getting thinner as I turn the final bend of the ascent.  Approaching the summit, I notice subtle changes in the vegetation: the dew on the grass glistens with a darker shade of green; the trees are just that tiny bit shorter. I feel a shortness of breath as I shift into my biggest ring on the back. I am pedalling up Mount Nebo, the 121st highest mountain in Manitoba.


The local Hutterites down in the valley tell stories about the mountain, about the dragons and other monsters that supposedly have resided on the barren slopes of Nebo since as far back as 1900, at least according to some old-timers. Young men, after starving for days, have been known to venture on foot up to the mountain top alone, part of a traditional Hutterite vision quest, in search of some kind of revelation, a burning scrub oak. Local lore has it that a descendant spirit of the Babylonian god of wheat and livestock haunts this part of Manitoba. 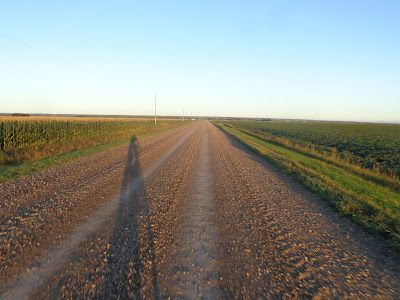 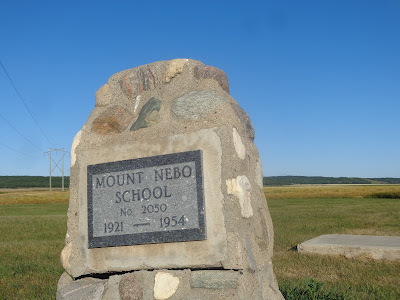 Up top, I set my bike down in the ditch and gaze over the vast prospect of the lower territories of southern Manitoba: the plains of Roland and Winkler, the wetlands of Plum Coulee. It is a different world up there. The gravel is whiter and the people talk with a strange lilt in their voice, a result, no doubt of centuries of isolation.

I saw no dragons that day, but two rogue llamas did lope across the road in front of me, escapees from the Morden Corn and Apple Festival petting zoo, or perhaps the Hutterite colony, or, just maybe, spirit animal avatars of Nebo himself.