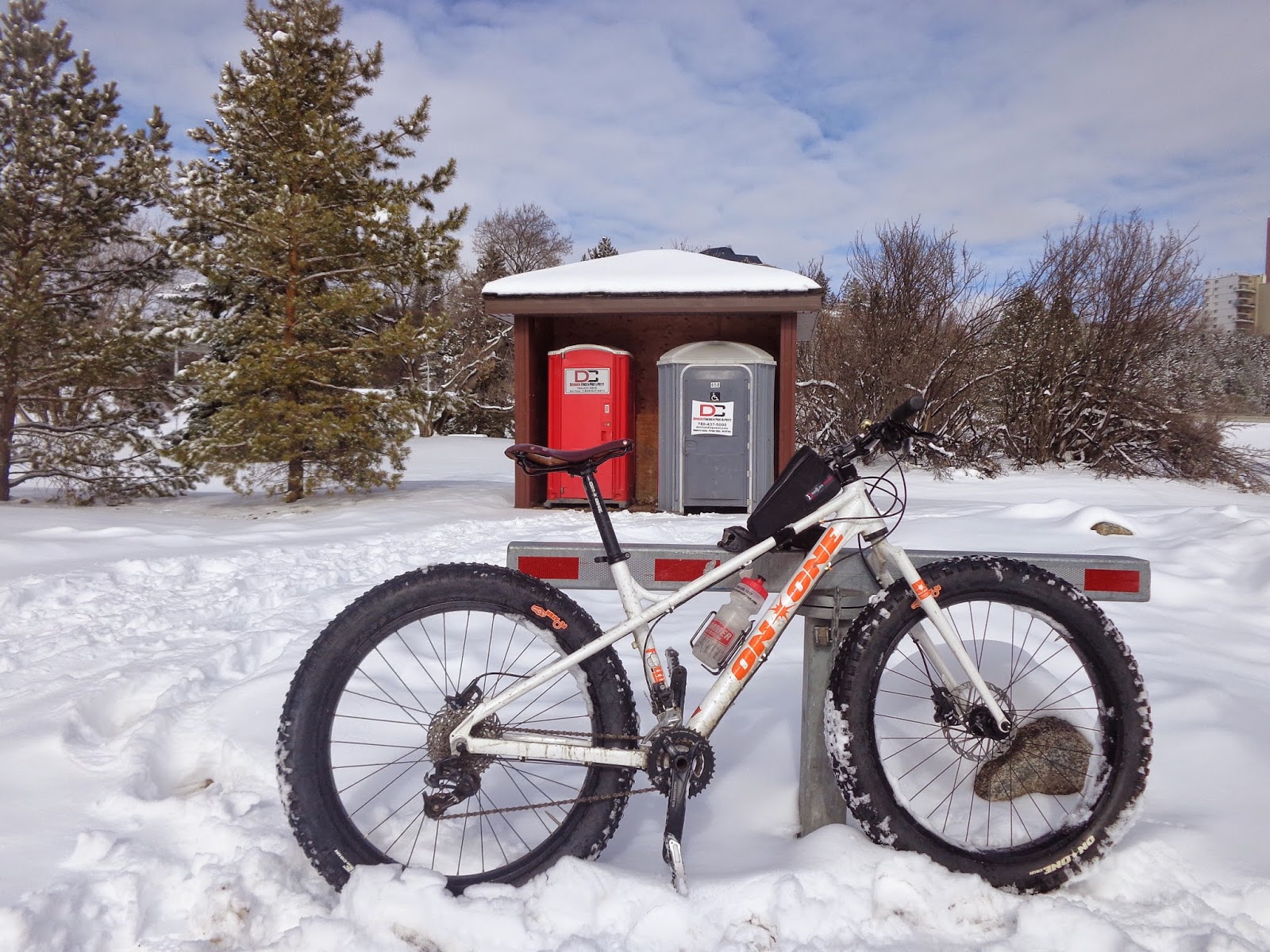 What is the proper protocol for peeing mid-ride? Is it okay to pee on the side of the road? Just how discreet should a cyclist be?

That depends on what kind of cyclist you are. Exactly how and where a cyclist pees reveals much.

In the 1950s, when the great Fausto Coppi was the padrone of the peloton, he had a pet peeve about the indelicacy of his fellow cyclists whizzing on the side of the road. It drove him bananas. European pro riders in those days felt like they owned the roads and, therefore, were entitled to mark their territory freely, letting ‘er fly while standing over their bike frames on the edge of the roadway. The surprisingly prudish Coppi saw such behavior as gauche, juvenile, really, and beneath the dignity of respectable professionals. He insisted that his team, at least, be more discreet, dismounting and seeking out some leafy privacy before heeding the call of nature. 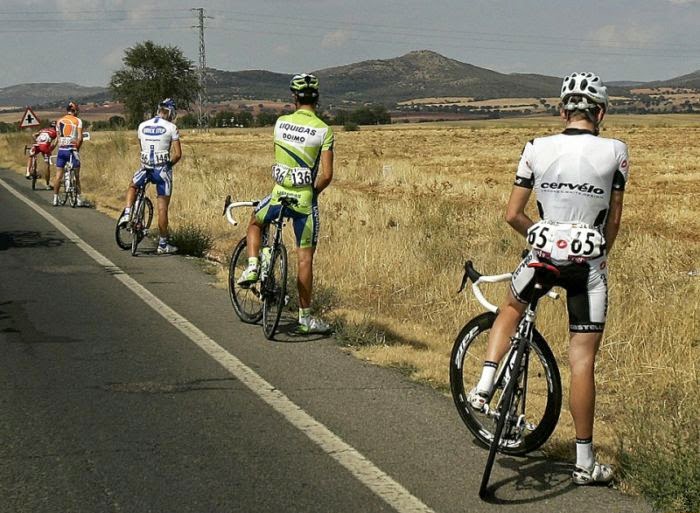 Coppi’s views about public urination were—and still are—in the minority in the world of professional cycling, where scenes like the one above are commonplace. But his conservative take is, in my view, a model of protocol for the non-competitive, gentle cyclist. Taking a “natural break,” to use Paul Sherwen’s euphemism, is an unavoidable part of semi-serious cycling. But there are some simple guidelines I’d recommend.

In the city, peeing anywhere but in a sanctioned toilet is a dodgy business, frowned upon by many, and, in some places, even illegal. That’s not to say it can’t be done discreetly. In some emergencies, like after consuming several pints of ale, a gentle cyclist heading home from the pub may have no other options, in which case a hedgerow, first carefully screened for dog-walkers and vagrants, may suffice. In cases where innocent bystanders are in the vicinity, the distressed, needing-to-pee cyclist may require his fellow wheelmen to create a diversion (say a faux fist-fight or impromptu mime-off) that can allow a stolen moment of public privacy in which to take care of business.

In the country, of course, PP, the protocol is more relaxed. Fewer people and plenty of open space mean less chance that an act of public urination will offend. Some back-to-nature cyclists take this as a license to whiz indiscriminately, in the manner of wild animals. In most cases, taking such liberties hurts no one and nothing—save the soul of the cyclist. Even in the most sylvan surroundings, a little discretion goes a long way. I recommend the gentle cyclist always take a good look around and, at the very least, aim for the ditch. Standing over one’s bike frame for the act is acceptable, if done with delicacy.

The lady, cyclist, of course, must take especial care to be discreet, even in rural areas. I advise seeking out an appropriate shrubbery or a disused outbuilding, to step behind for a semblance of privacy. There may not be anyone around, but that doesn’t mean we should abandon our common decency. 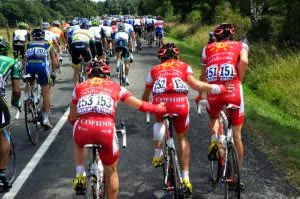 I’ve been told that professional riders have developed ways to pee from their very saddles, whilst actually riding their bikes. We cannot, however, condone such uncouth behavior for even the semiserious cyclist; it’s unseemly, unhygienic, uncivilized and, frankly, saddens us. (We can barely accept a cyclist eating and drinking while riding, never mind managing the inevitable consequences of those acts.) No truly gentle cyclist would stoop to consider it.

Stopping mid-ride to relieve oneself is not only natural; it can be downright restful, restorative, providing an honest moment of release and satisfaction that comes from observing the very cycles of nature.