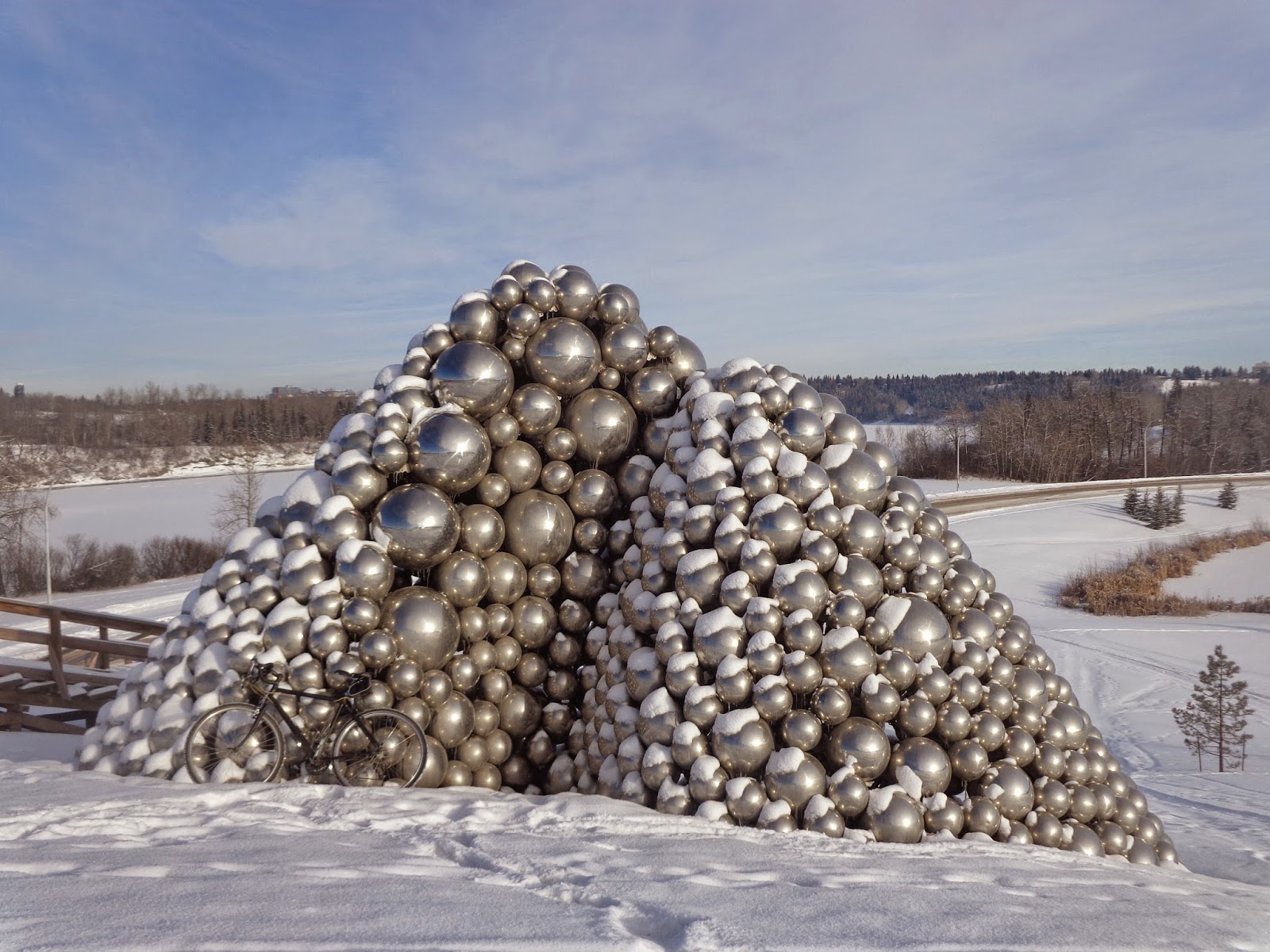 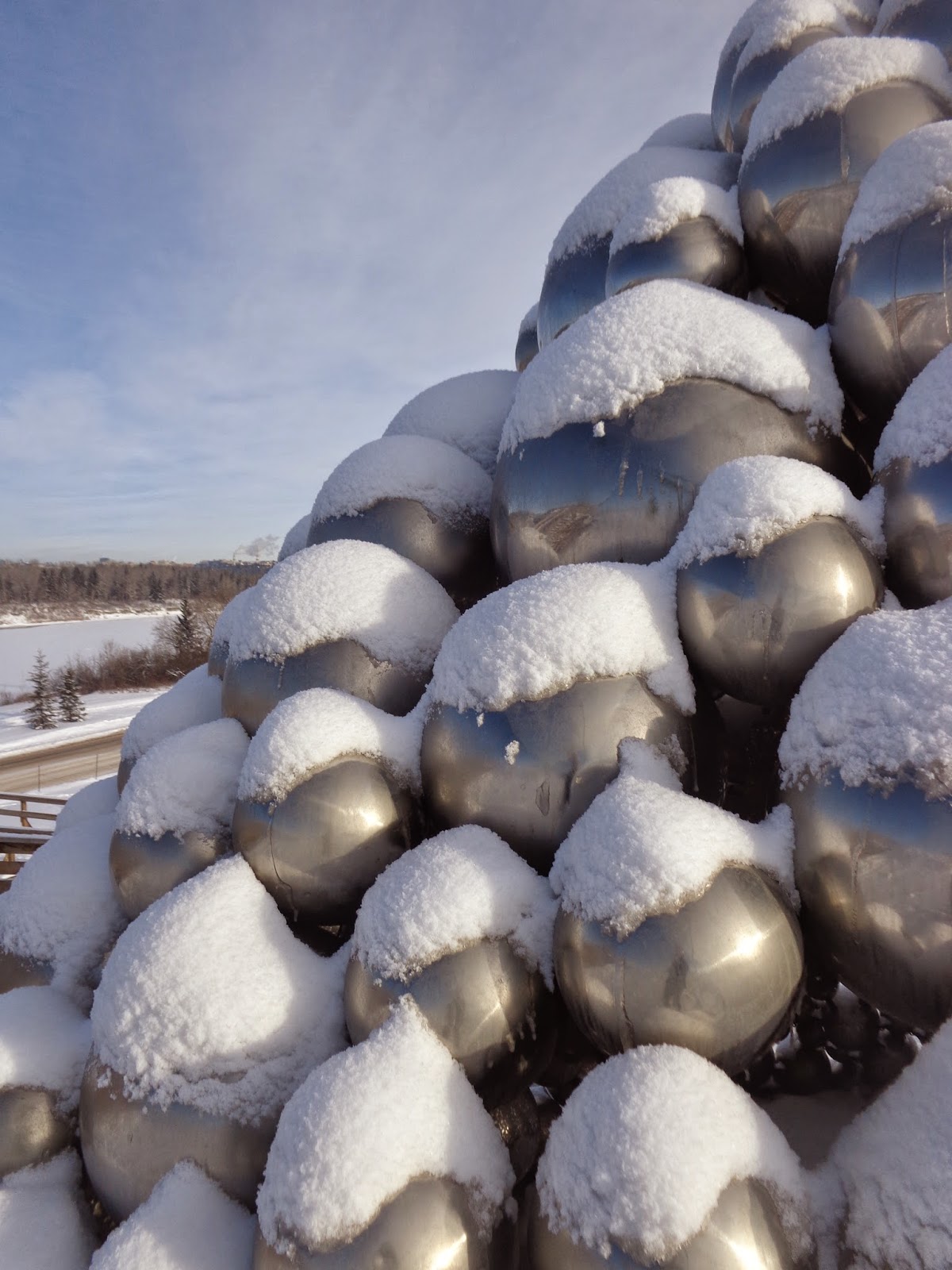 In winter, the big balls are especially pretty. On clear days the surfaces reflect the glittering whiteness of snow all around, while on super-cold days the balls are frosted over and look more brushed than polished. After a recent snowfall, each ball wore a little snowy cap for a few days.

In winter, the balls also look incredibly cold. When I pass the Talus Dome on my bicycle on a cold winter morning, I feel an involuntary groinal contraction, a tightening of my very scrotal tissue. I can think of no more apt monument to the experience of winter cycling—for a dude, anyway. I like to think of those big old frozen balls as a symbol of the winter cyclist’s all-weather cojones, his steely determination to ride on, regardless of the conditions.

For we male winter cyclists know that while the experts recommend protecting the extremities (with booties and mitts), the most vulnerable part of the male winter cyclist’s anatomy is, in fact, the centralities—the boys in the middle, not the digits at the ends. And though the smart winter cyclist tries to dress for the conditions, to layer up or down to get to that thermal sweet spot, the elusive Goldilocks temperature, sometimes he misjudges. 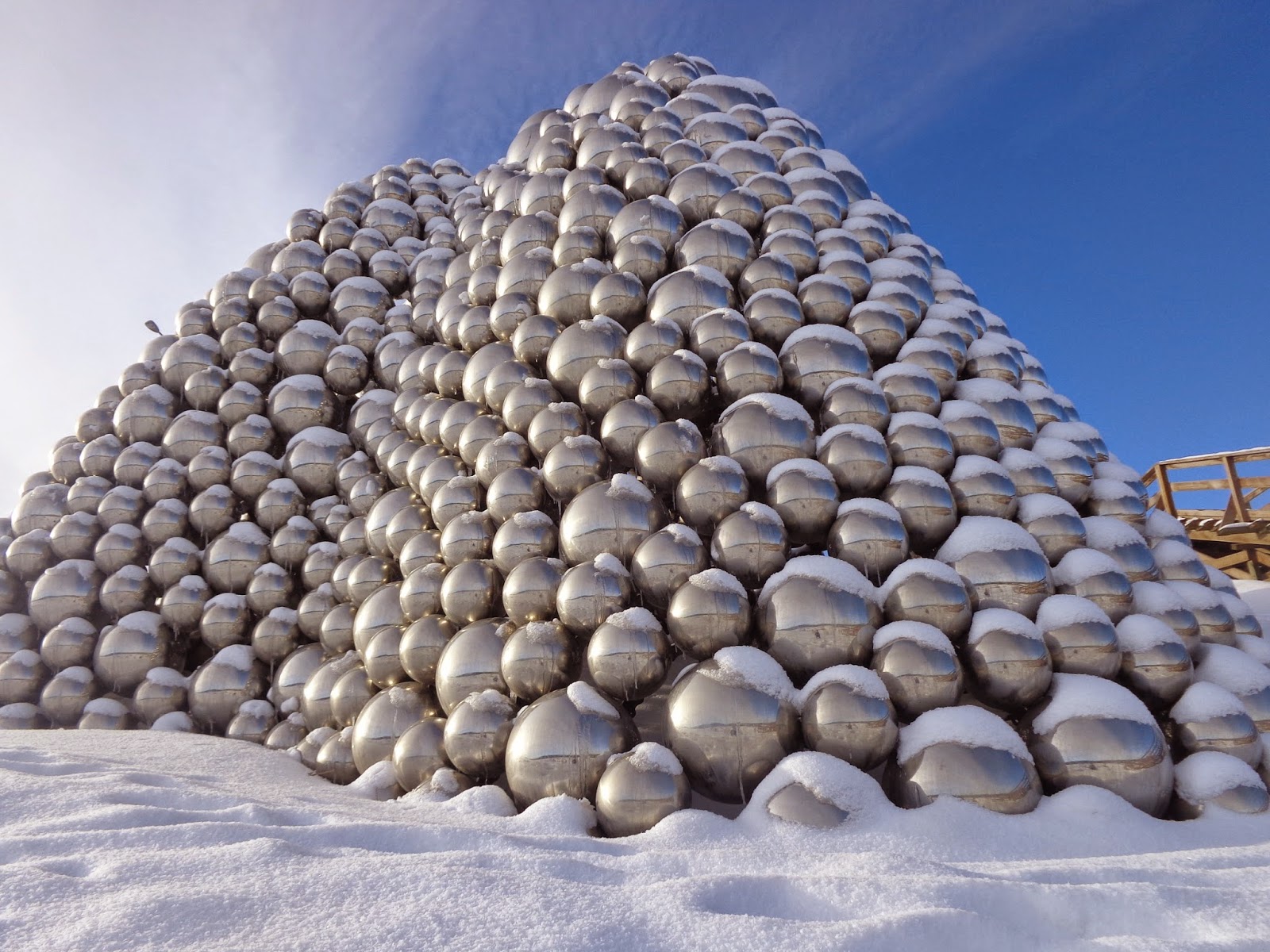 While out riding one day a few weeks back, during the January cold snap, I found myself a little underdressed through the middle infield. Nuts! I was wishing I’d brought an extra sock or mitt or ear-band I could stuff down my pants-front. (I even briefly considered shoving a chemical hand warmer down there, but wisely decided against that.) 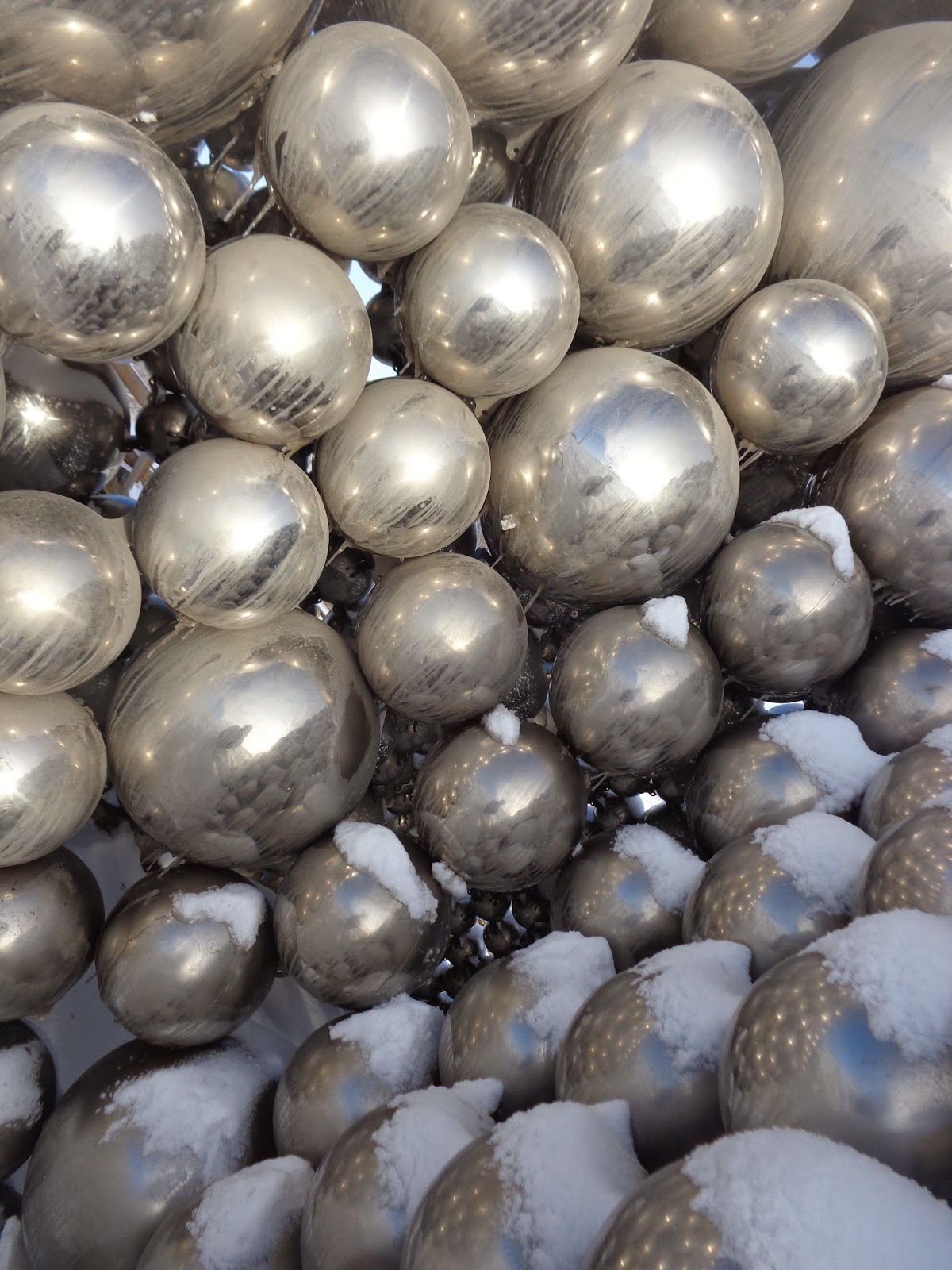 Then I rode past the Talus Dome and felt a visceral kinship with those frosty silver spheres. If the city’s glittering balls can exude a graceful, stoic, and dignified vibe in the arctic chill of an Edmonton January, I thought, then so, damn well, can mine.
Posted by Jasper Gates at 12:20 PM