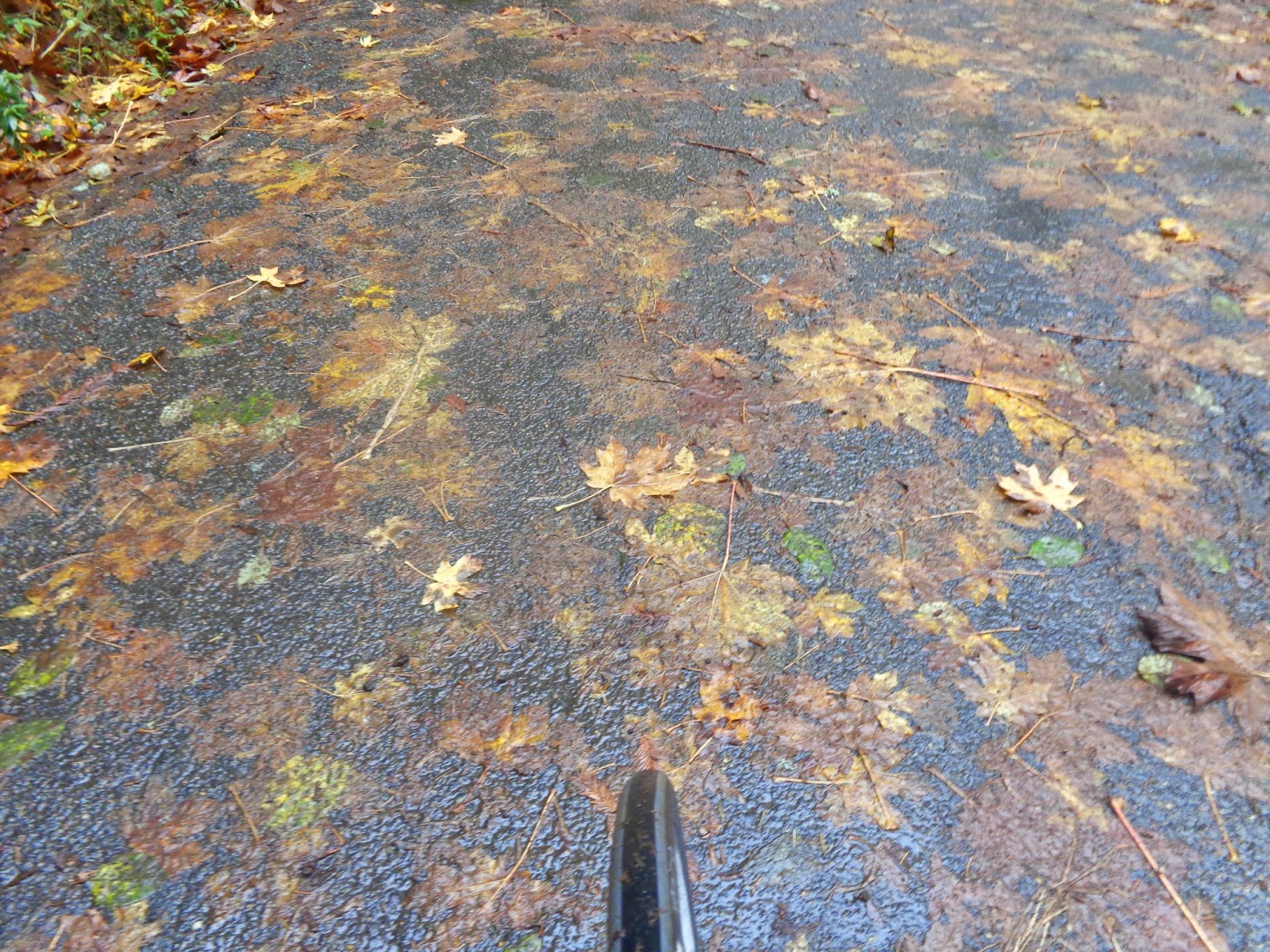 This is Saltzman Road, just west of Portland, Oregon, easily my favorite part of today’s ride up along Skyline Road and then around lovely Sauvie Island.

Saltzman Road isn’t really a road so much as a path up a mountain. Cars, technically, can drive part way up a narrow, switchbacky, crudely-paved laneway, but a gate forces the car people to park and walk. Bikes, however, can keep going up. And up. The climb is about 3000 feet, and the road gets narrower and narrower, while the forest gets thicker and thicker, ferns and moss closing in on all sides. Near the tippy top, fog filled in the few remaining open spaces.


Yesterday, Portland had a major wind storm, and the roads, especially Saltzman, are covered in debris—leaves, twigs, full-on branches, and a gazillion spruce/fir needles. By the time I got to the top, the drivetrain of my rented road bike was a disaster, lathered in mud, festooned with twigs. The rental shop guys would shit if they saw it.

Yeah, it was raining all the way up. Who cares? Saltzman Road is a gem—a wild, shaggy, mucky gem. 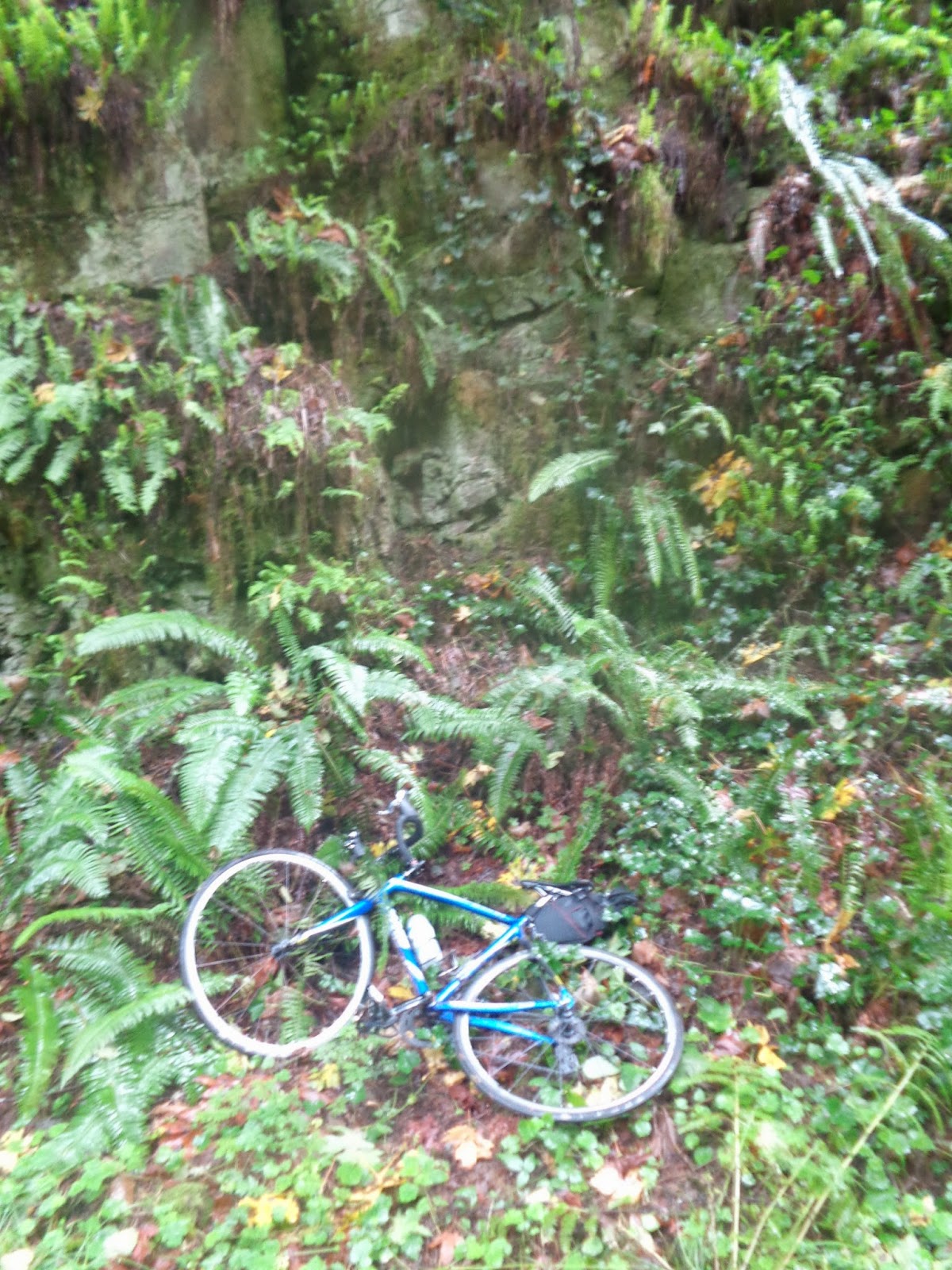