For a few years now, I’ve been intrigued by the idea of riding the Victoria Trail. I don’t mean the drab arterial road in northeast Edmonton; rather, I’m talking about the remnants of a nineteenth-century settler trail that runs along the North Saskatchewan River south of Smoky Lake, Alberta (about 130 km north east of the capital). In the 1860s, the Victoria Trail made up part of the much longer Carlton Trail, used by Hudson’s Bay and Metis traders, which joined Fort Garry (Winnipeg) to Fort Edmonton.


In the 1870s, this trail connected the Victoria Settlement to Fort Edmonton and it was carved out by foot travelers, horse-travelers, and Red River carts. On a map of central Alberta the trail stands out simply because it’s not straight. In this land of perfect grid roads, the Victoria Trail meanders along the organic path of the river, defying the prairie rule of right angles.

The windingness of the road alone makes the Trail an enticing prospect for Alberta cyclists. Throw in the rich historical context (i.e. plaques aplenty) and the promise of many river prospects en route, and you’ve got the raw ingredients for one of the best gravel rides in Alberta. 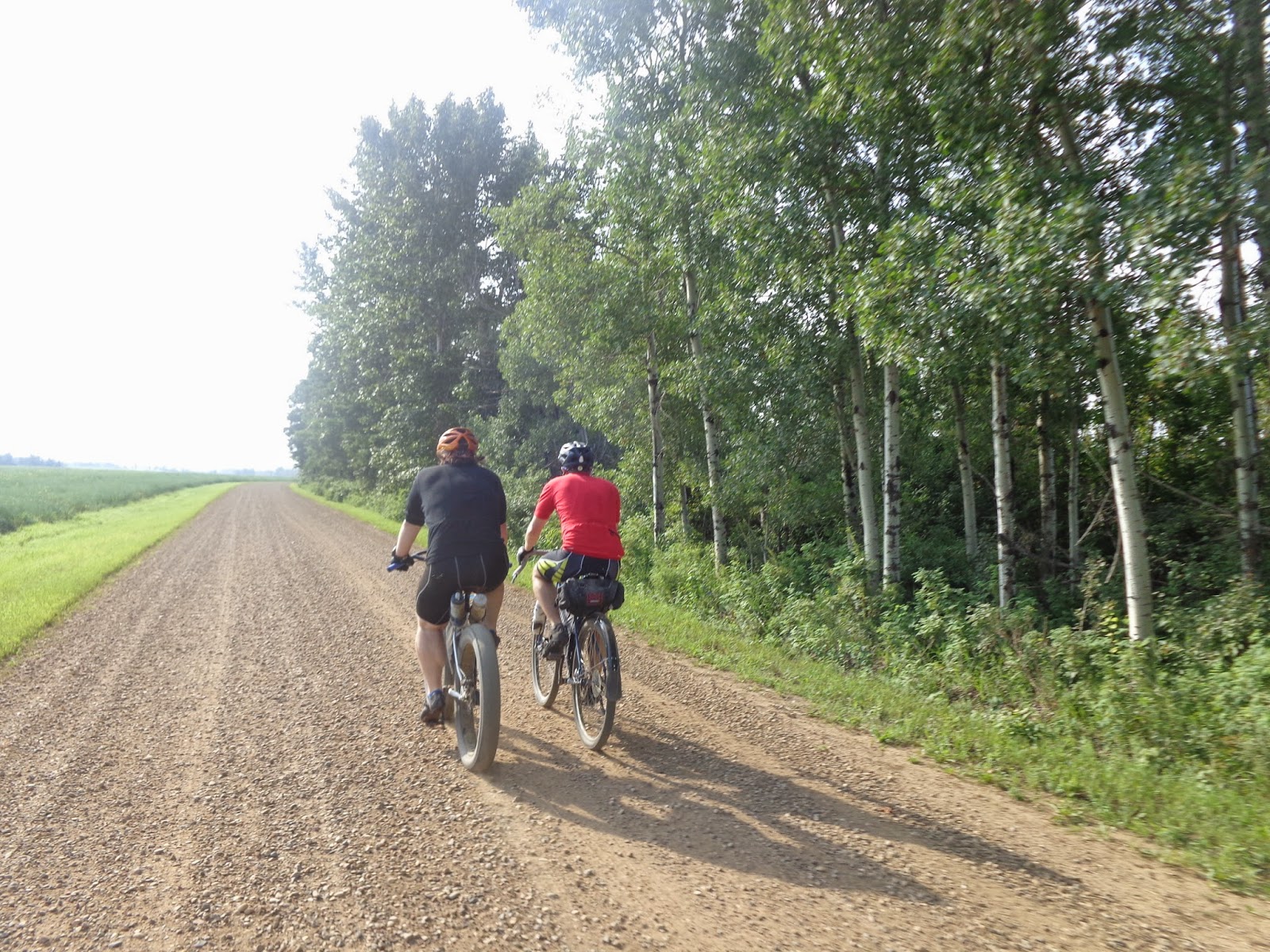 And it is all gravel—or at least, mostly. The 7-km stretch west of the Victoria Settlement site is paved, suggesting that this provincial historic site and its environs was once conceived of as a minor tourist attraction. (There’s also rustic, unkempt campground complete with abandoned zipline at Metis Crossing, about 5 km west of the settlement site. This was, no doubt, at one time, part of some ambitious plan to draw tourist hordes from the big city. The day we visited the settlement, we saw only one other group doing the tourist rounds. One of the tour-guide gals working in the old Methodist church said they see maybe 10 visitors a summer day.) The pavement says the place is ready for traffic; all that’s missing are the actual tourists.

Since this was new gravel territory for us, Val and I brought fat bikes, so we’d be prepared for any conditions. Penn, wild man that he is, opted for his Salsa Fargo (with 48 mm tires). In the end, I think Penn got it just right. The gravel was in good condition, generally, so the fat bikes may have been a little overkill for the conditions. 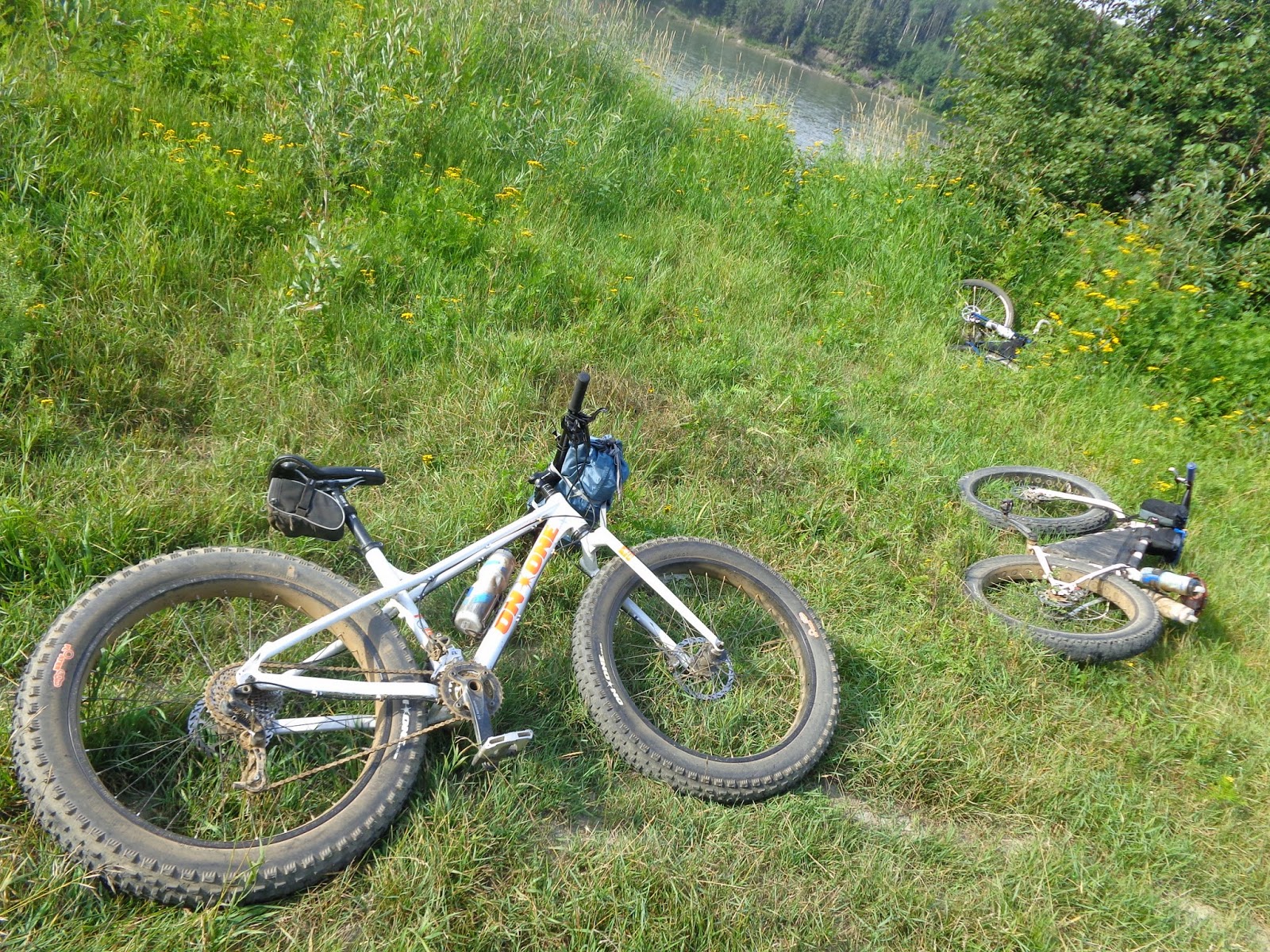 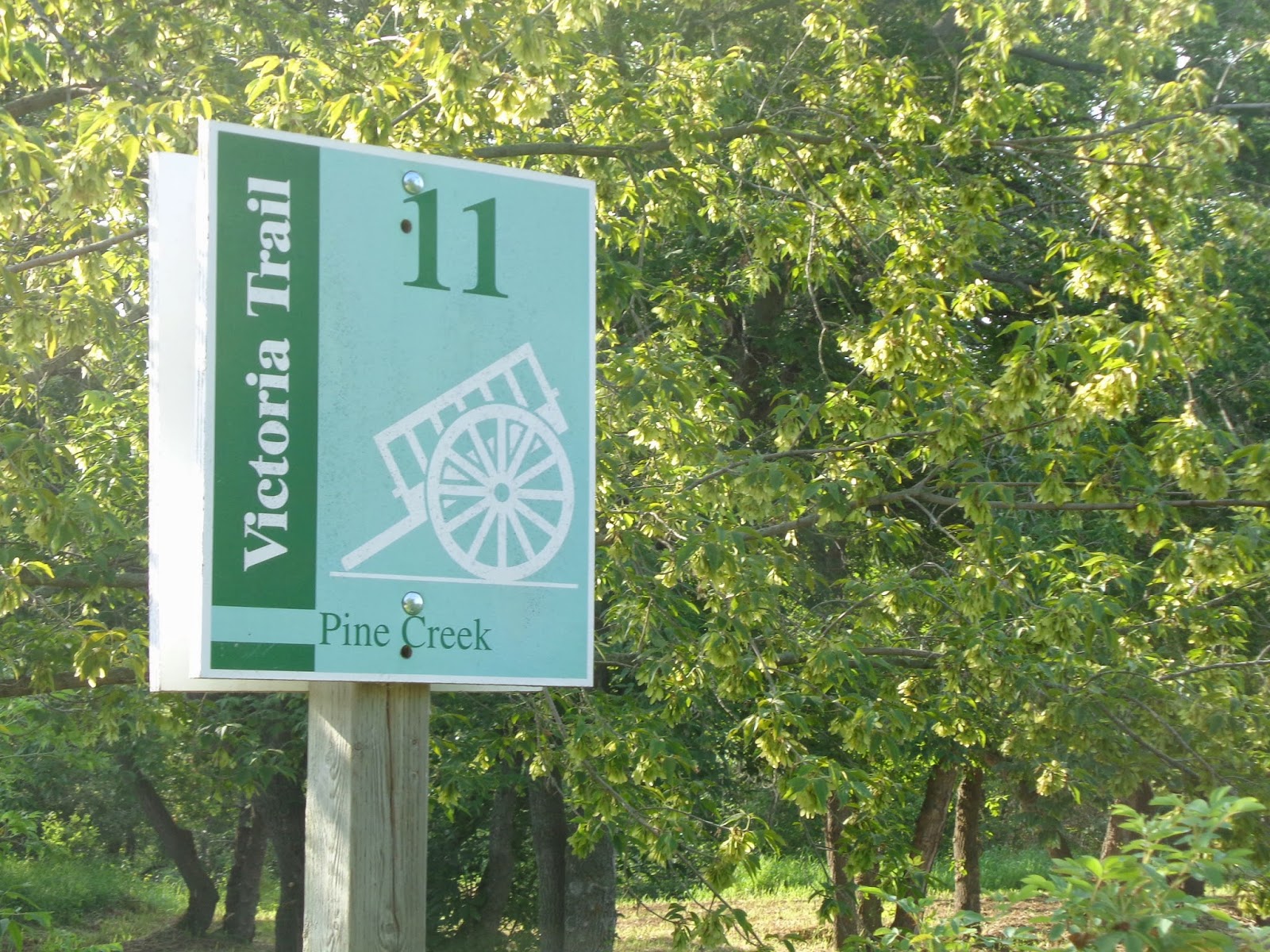 (BTW, we started at the intersection of the Trail and Range Road 201, just east of Radway, and rode 36 km north east to the Settlement site, had a picnic there, and rode back. The trail, technically, does continue southwest for another 15 km or so toward Edmonton, but that section is spotty, interrupted by grid roads in places where the original trail is long gone.) 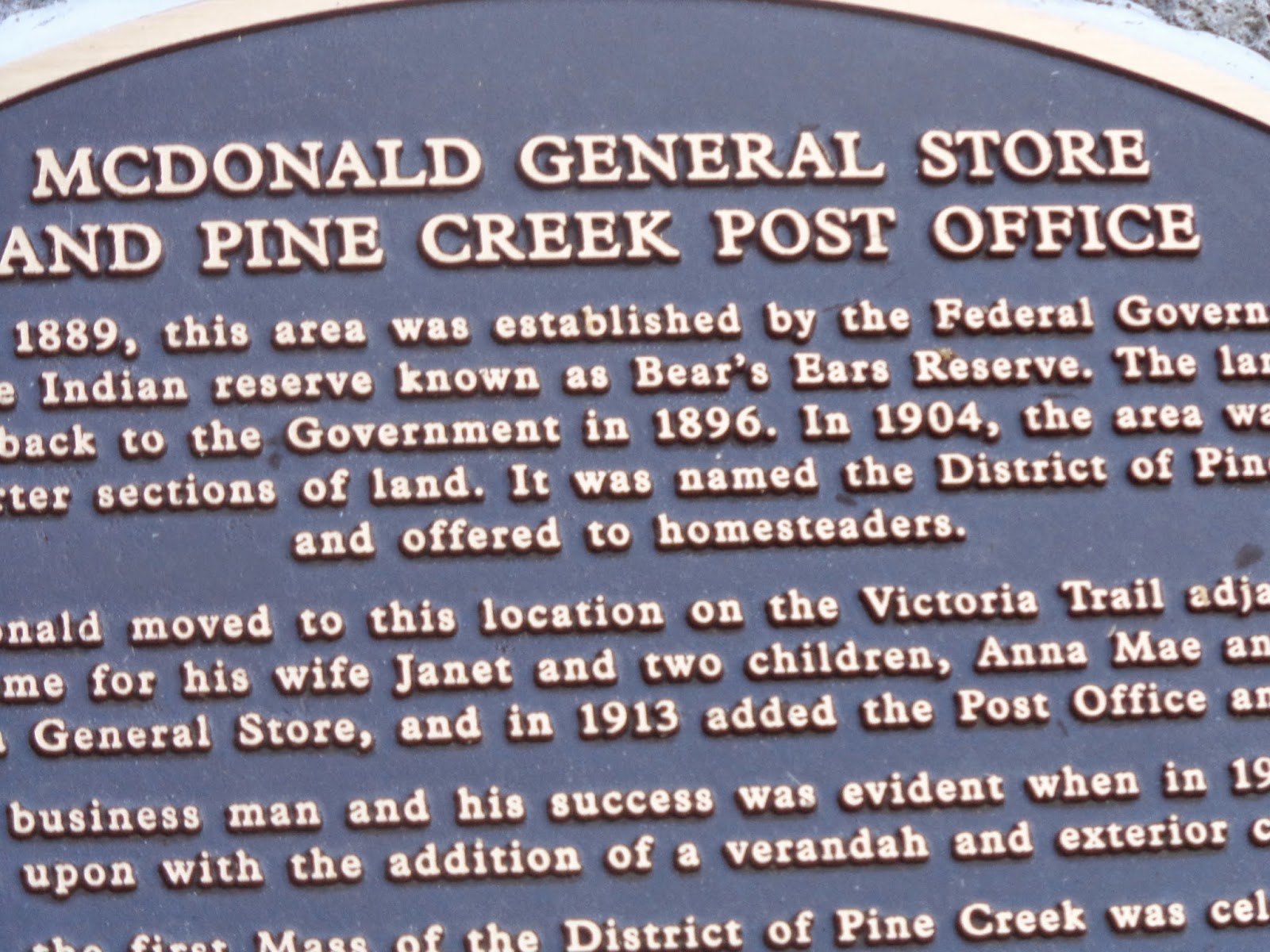 The actual Victoria Settlement Provincial Historic Site is plaque central, with a little plaque-driven walking tour that guides visitors around what’s left of what was once a thriving village of over 150 people. (Post settlement, the village came to be known as Pakan, after a local Cree Chief Pakannuk. The site is still marked Pakan on some maps.) There are really just two buildings left from olden times: a Methodist church, built in 1906, and the Hudson’s Bay Company Clerk’s Quarters, built in 1864. When the railway came through Smoky Lake, 15 km north, in 1918, most of the buildings, including the hospital, were relocated there, and the settlement pretty much disappeared overnight. Now, the place is a lovely little park, with several heavily treed picnic areas. It’s incredibly quiet. 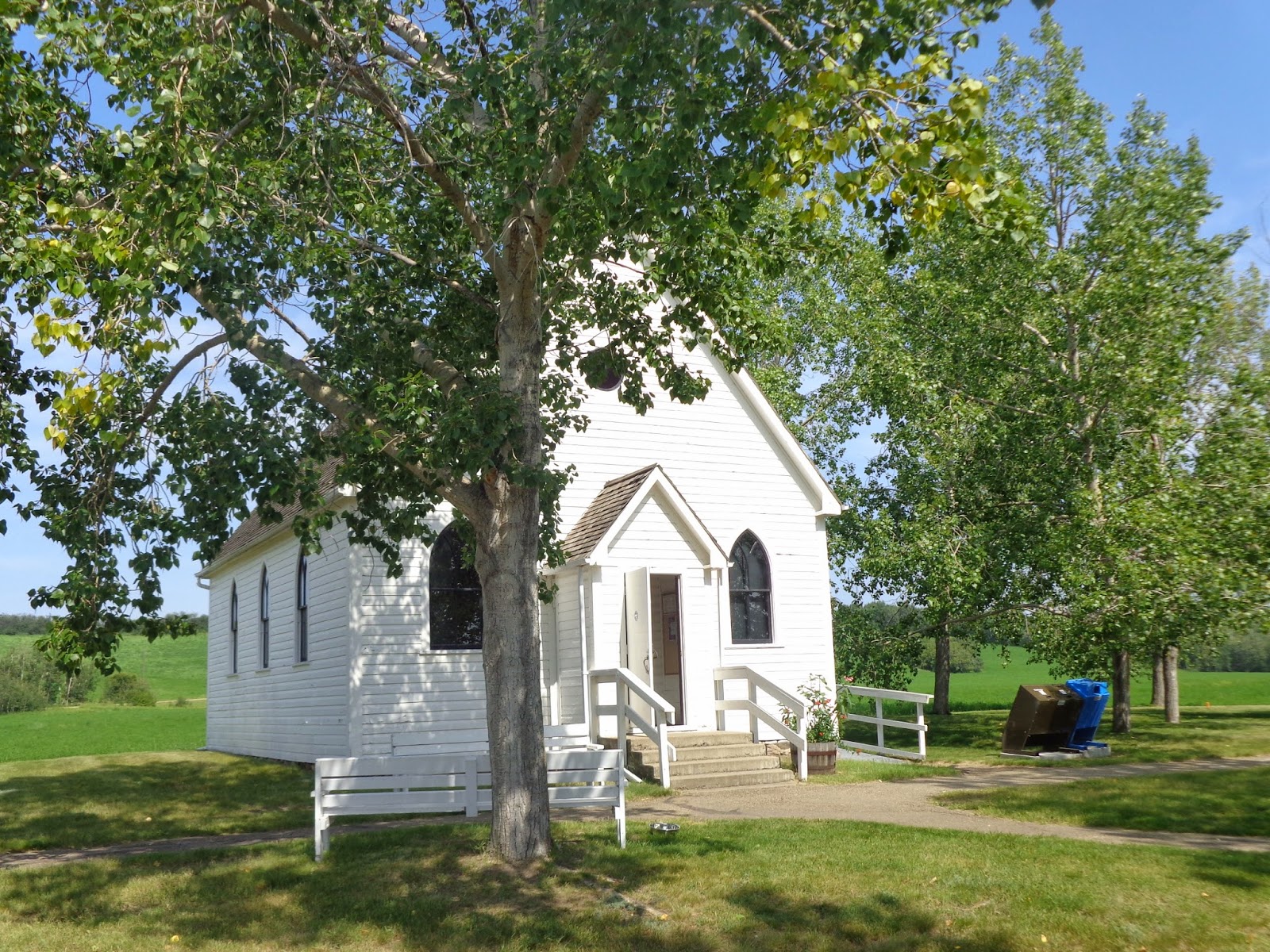 Not all the points of interest along the Trail were plaqued up though. The Whitford House, for instance, sits just a few metres from the road near the Lobstick Settlement, about 12 km from the Victoria one. I had to consult my brochure to learn that it’s one of the few original structures left from the turn of the century. We took a break and poked around inside the house; it was cool, both temperature-wise and history-wise. Sure, the walls feature the usual graffiti, but the original carpentry—squared logs and dovetails--is still visible in places. 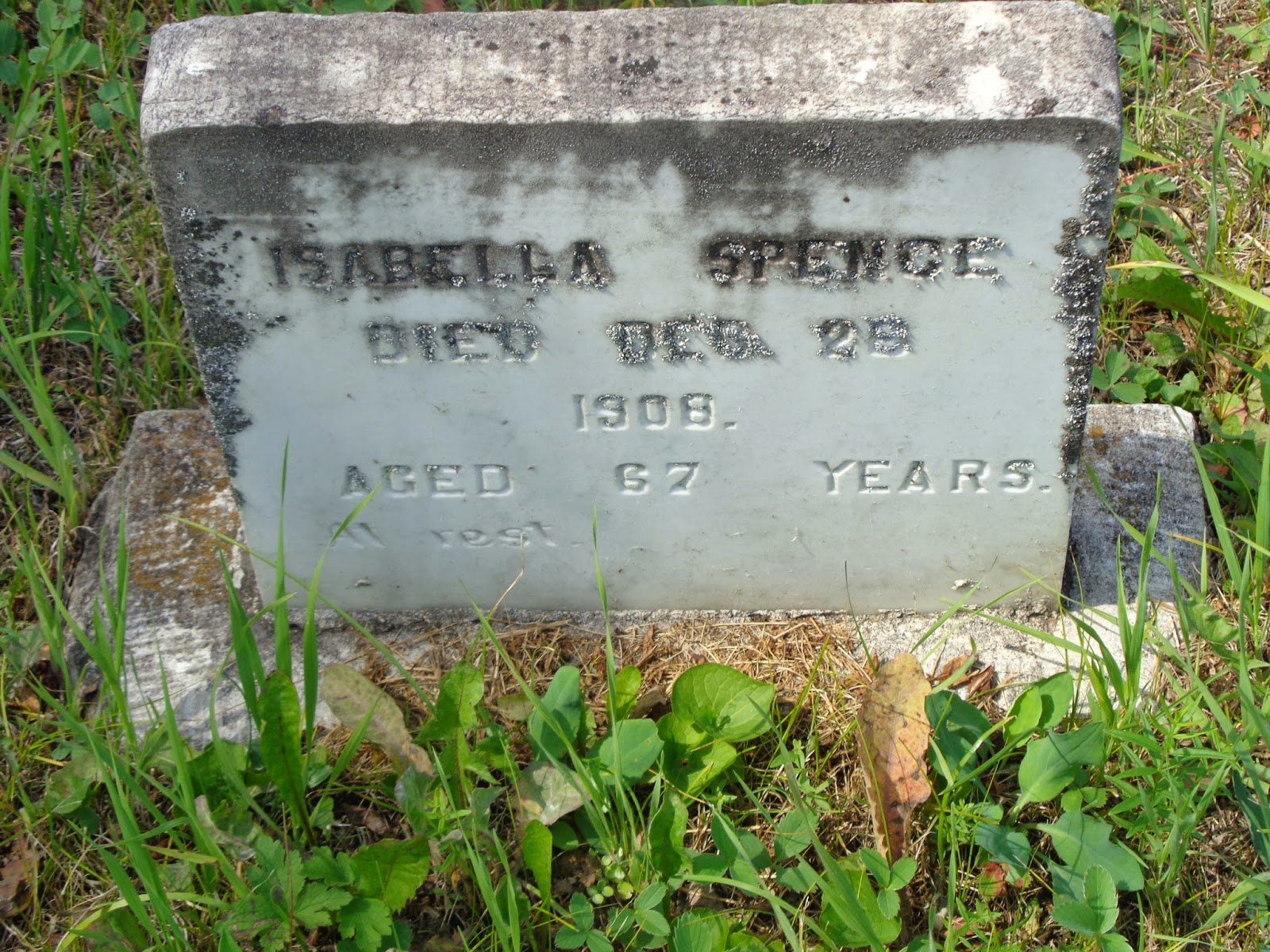 The historical bits along the Victoria Trail may not be everyone’s cup of tea. But even if you ignore the plaques, and don’t bother with the old buildings, this ride is still one of the loveliest you’ll find in this part of Alberta. Long stretches run close enough to the river to that you can glimpse the water through the trees or take in some longer vistas from higher ground. 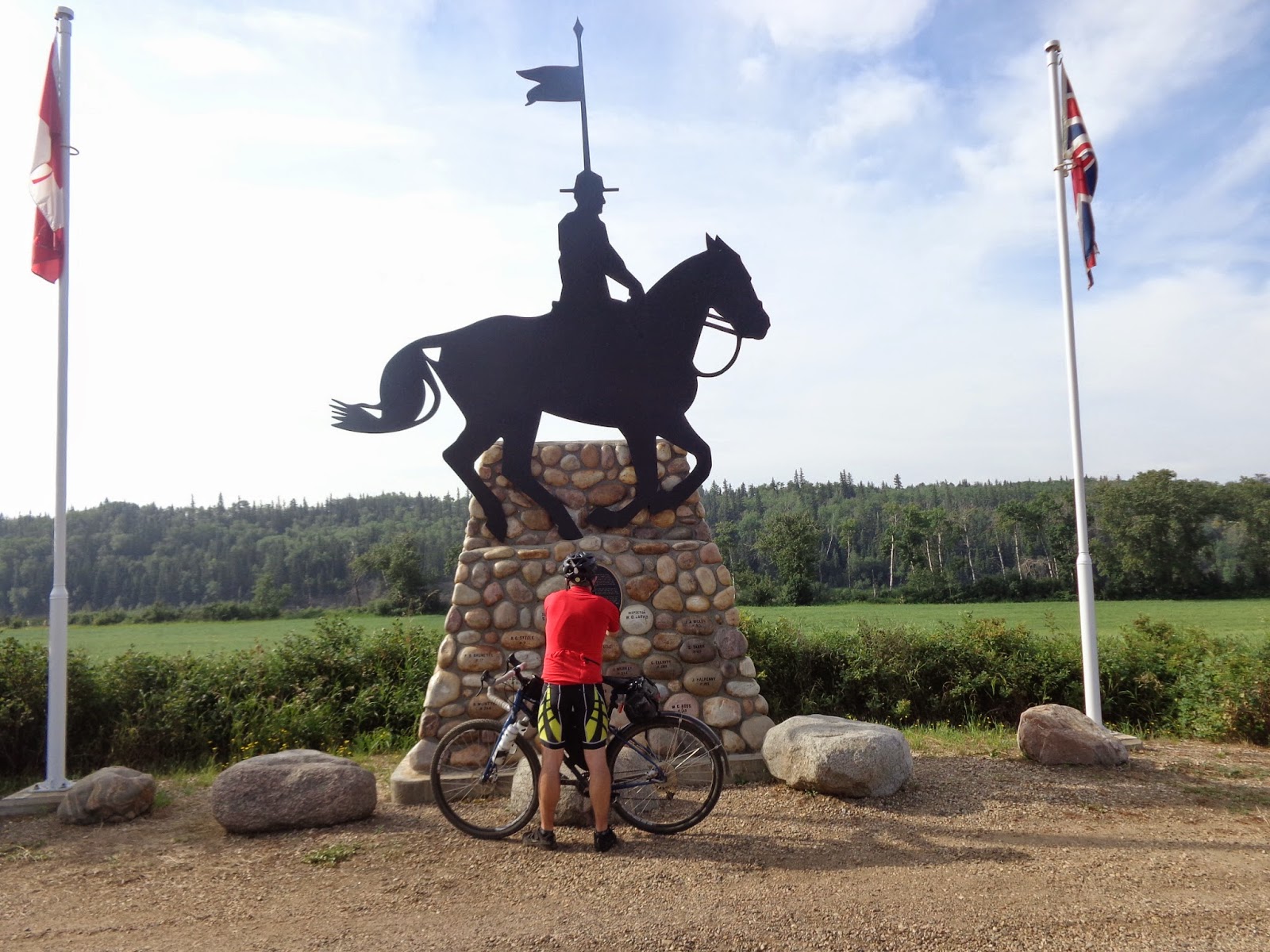 The most impressive part, though, is the lack of traffic. As the stat line shows, the plaque-to-car ratio was 10:1 the day we rode the Trail. It really did feel like the trail was ours, and it was possible to imagine what this route was like 150 years ago, when traders, hunters, settlers, and adventurers followed its twists and turns from one outpost to the next.
Posted by Jasper Gates at 3:26 PM